Anyone who’s been watching the CanLit landscape over the last few years has witnessed a train wreck: the community has been plagued by charges of harassment, subsequent lawsuits, a poorly-received “appropriation prize” and more.

But after years of turbulence, now’s the time for upending. Several heartening initiatives have emerged, and a new generation of writers and artists is claiming its agency and asserting the worth of a plurality of stories and experiences.

At the head of the charge in Western Canada is Room Magazine, a feminist literary journal founded over 40 years ago in Vancouver. In 2017, Room launched the Growing Room Festival, an event designed to fulfil the magazine’s mandate to showcase writing and art by cis- and transgender women, transgender men, and two-spirit and non-binary people.

“It kind of started as a pipe dream,” says Chelene Knight, Room’s managing editor and Growing Room’s festival director, “but then we looked at all the work we were already doing and thought: Yeah, we can totally put this together.” 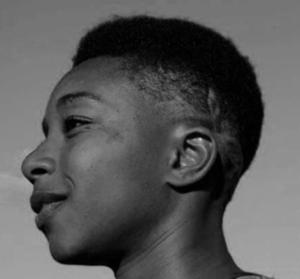 Since then, Growing Room’s small staff and programming committee have produced two festivals and grown steadily with each year. On March 8 (International Women’s Day), the festival will celebrate its third anniversary with an opening night party at the Fox Cabaret followed by nine days of events and programming around the city.

This year’s line-up is the largest ever, with over 100 authors and storytellers including a hearty mix of established names — Heather O’Neill, Eden Robinson, Katherena Vermette, Ivan Coyote — and emerging writers of diverse backgrounds. Panels such as “Black Voices Raised,” moderated by Toronto writer and editor Whitney French, and “Transcendent: Writing & Surviving in a Cissexist Society,” underscore the inclusive feminist values of the festival.

In addition to by-donation readings and discussions, Growing Room will also offer workshops and manuscript consultations with featured writers for minimal fees. Knight believes that accessible mentorship is one element that sets the festival apart from other literary events in Vancouver.

“We focus not just on highlighting and elevating our authors, but also on spaces for refining our craft and inviting audience members to have more of that one-on-one [time] with writers. I think it’s really fabulous that authors are excited about that — to sit down with someone who maybe has never published anything or hasn’t even started writing. I see it as this circle that we’re all taking part in, whether you’re an audience member, an author or an organizer.”

Although conceived several years prior to CanLit’s unravelling, the festival has come to play an important role in generating a renewed sense of community.

“Growing Room is really a safe space to share whatever story you want to share. So that’s really that idea of celebration and protest, because there are so many other spaces where these stories are not being told,” says Knight.

“Growing Room stands for coming to a space where you’re safe, you’re respected, and people are listening. Whether you’re an established or emerging writer, this is really the place where you can experiment and try new things.”

When preparing the program, Knight asked each member on the programming committee to read Tuscarora writer Alicia Elliott’s essay on literary festivals and author safety. The discussions that emerged led Growing Room to incorporate toxicity prevention planning and training for all its staff, volunteers and moderators.

“When there is audience participation and Q&As that invite in situations we can’t necessarily control, there have to be boundaries and ethics around how to deal with that,” says Jessica Johns, one of Growing Room’s programming members. “So one of our biggest concerns was making sure that people were set up for that.”

Johns, a Cree writer from Treaty 8 territory in Northern Alberta, has been involved with the festival since the beginning. In addition to her work on the programming committee, she is also co-host of Indigenous Brilliance, a local reading series that launched at Growing Room in 2018 and will celebrate its one-year anniversary at the festival this year.

One of Johns’s primary concerns when planning the line-up was centring and supporting Indigenous voices.

“Historically, within the CanLit community, it has been a real struggle for Indigenous women, two-spirit and queer folks to get in the door. There’s so much labour and effort just to get a foot in, so by the time we are in, we’re tired, there’s exhaustion. Creating spaces where people don’t have to do that in the first place means that labour and attention can go in to just hopefully enjoying the space and visibility.”

Aside from a full day’s schedule of Indigenous Brilliance panels, the festival will also host several Indigenous-led events, including an all-day vendor marketplace and a workshop on plants as tools of decolonization.

Johns says she and her co-organizers wanted to focus on “all the different ways that Indigenous brilliance and storytelling exist.” Guests included in the festival are poets, novelists, musicians, artists, academics, activists and healers.

“I think what [Growing Room] is doing is modelling a truly feminist, intersectional, inclusive and responsible festival,” says Andrea Warner, a local journalist and author who will moderate a panel called “Body Politics.”

She points to last year’s opening night party as an example. “It was one of the most truly eclectic and inclusive groups of women I’ve been a part of in any environment in Vancouver. Vivek Shraya performed with her pop band Too Attached, and it was so powerful. She is such a talent, such a beautiful artist, and I really loved everything about centring a trans woman of colour’s voice at the opening party.”

When asked what she thinks the broader Canadian literary community can take away from Growing Room’s example, Warner doesn’t hesitate. “I really think it’s a matter of checking your ego at the door and prioritizing other people’s voices. Just listen to other people for a little bit, no matter what it is that they’re telling you, no matter how hard it is to hear it. It doesn’t take away from anything – that’s part of building community.”

She is optimistic that the festival’s efforts represent a step forward in a larger cultural movement.

“It is and has been and will likely continue to be a difficult time for a lot of people who are experiencing oppression within CanLit for a variety of reasons. There are a lot of young, vibrant, diverse voices that really hadn’t been getting the attention that they deserved before. The last two years have signalled quite a shift and I think that Growing Room is a significant part of that.”