This is not just an excellent history of the B.C. working class, but one of the best histories of the province in general. Working men and women have shaped our history more than any other group of British Columbians, while getting little attention from most historians.

Rod Mickleburgh is likely the only writer who could have done the job. A labour reporter for many years, he also co-authored The Art of the Impossible with Geoff Meggs. In that definitive book on the Dave Barrett government, the focus was on three of the most intense, productive years B.C. has ever experienced. 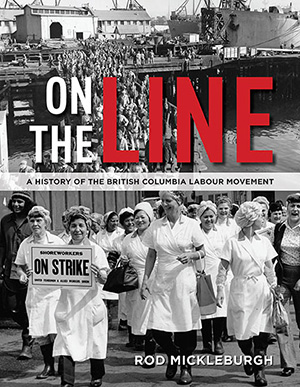 Now Mickleburgh is looking at more than a century and a half, from the 1840s Kwagiulth coal miners in Fort Rupert (now Port Hardy) to the unions of the early 21st century. As a book commissioned by the BC Labour Heritage Centre, On the Line might have become just another self-glorifying “vanity press” production, like many of the corporate histories paid for by the corporations themselves. But while the book recognizes a lot of real glory, Mickleburgh gives equal recognition to labour’s failures — and tells vivid stories about both. In doing so, he invites us to re-examine our present as well as our past.

Racism was one such failure. Sure, racism was the “common sense” of the 19th and much of the 20th century, but in our colonial days white settlers were far outnumbered by Indigenous people, who formed an important part of the workforce. Mickleburgh shows how they survived alcohol and smallpox and adapted their ancient cultures to the new economy.

Fishing and forests had always been important in Indigenous cultures, and Indigenous workers took easily to industrialized fishing, canning and logging. As one of Mickleburgh’s sources writes: “Coal would not have been mined in the 1840s and ’50s, export sawmills would have been unable to function in the 1860s and ’70s, and canneries would have had neither fishing fleet nor fish processors in the 1870s and 1880s without the widespread participation of aboriginal people.”

The canneries of the late 19th century relied on cheap labour: Indigenous men did the fishing, Indigenous women did the cleaning and canning, and Chinese men did the butchering. But as the industry grew, white and Japanese immigrants began to move in. In 1893, low pay triggered the first fishing strike in the midst of a big salmon run; whites and Indigenous fishermen stuck together in the first union, but the whites rejected Japanese applicants and wanted them banned from fishing at all.

Meanwhile, cannery owners had set up the B.C. Fisheries Association, which presented a tough united front while trying to split the Indigenous and Japanese strikers from the whites. The strike ended in 10 days because the fishermen couldn’t afford to lose any more money.

Like many other early strikes, the fishermen’s strike set a pattern for generations. “Solidarity Forever” was actually the anthem of owners and managers; the workers’ poverty and racism made them easy to divide. “These racial divisions,” Mickleburgh says, “were exploited by employers over and over.”

So in the early years of the 20th century, unions gradually grew stronger, but often at the expense of Indigenous and Asian workers. At the same time, Mickleburgh shows, a strong class consciousness was developing that inspired worker militancy. But factionalism weakened their militancy; some workers just wanted a better deal, while others were convinced that only revolutionary change — of some specific kind — could deliver such a deal.

Workers were also divided by specialized unions that didn’t always support one another. An exception was the radical Industrial Workers of the World, better known as the Wobblies, which welcomed everyone and drew no race lines. The Tsleil-Waututh and Squamish nations, Mickleburgh tells us, formed an IWW local for Indigenous dock workers; it was known as the Bows and Arrows.

“Class war” was no mere rhetorical expression. In the middle of the Vancouver Island coal miners’ strike of 1912-14, the army rolled into Nanaimo with bayonets and Maxim guns, described as “the weapon most associated with the British imperial conquest.” Hundreds of strikers were jailed, and the strike dragged on for almost two years before the destitute miners voted to return to work.

The First World War further radicalized B.C. workers, and when labour organizer Ginger Goodwin was shot dead in Cumberland in 1918, a general strike erupted in Vancouver — Canada’s first, but not the last. The rise of the Bolsheviks in Russia inspired some workers, worried others, and terrified the employers. The workers would remain mostly divided for decades: whites against First Nations, Chinese, Japanese and Sikhs, socialists against communists. Meanwhile legislatures and courts maintained solidarity with employers.

Violence was always in the air in the strikes of the 1920s and especially the 1930s. The Battle of Ballantyne Pier in 1935 was actually a one-sided onslaught of municipal and provincial police, plus the RCMP. Tear gas was used for the first time in Vancouver, followed by club-swinging cops.

It took another war to bring labour peace. The B.C. government, a coalition of Liberals and Conservatives, finally recognized unions and required employers to bargain with them. In 1944, Ottawa forced all Canadian employers to recognize and bargain with unions. Those unions grew rapidly as workers poured into war industries, and new contracts made them among the best-paid workers in the country.

Better said, the best-paid male workers in the country. Mickleburgh chronicles the essential role women played in wartime industry, but they were promptly demoted to housewife status when the men came home. 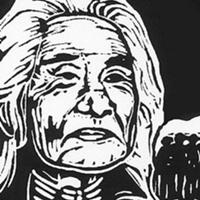 Working on the Water, Fighting for the Land

By the late 1940s, the white male workforce no longer had to worry about Indigenous, Japanese, or female competition. But the Cold War gave governments a new wedge — the Red Menace posed by communist-led unions. Such unions had won good contracts, but now they were under pressure. One of the worst cases was that of the Canadian Seafarers Union, which was destroyed by ex-con Hal Banks and his Seamen’s International Union. The United Fishermen and Allied Workers’, another Red-led union, stubbornly held out until the late 1960s.

We tend to think of 1945-75 as the working-class golden age, when a workingman could earn enough to buy a home, support the family on a single paycheque and send the kids to college. Mickleburgh narrates enough battles in those three decades to peel the gilt off that idea. Yes, a lot of workers did OK for a while, but by the late 1970s Thatcherism had its own B.C. farm team in the Bill Bennett Socreds, and workers were trying to survive rampant inflation and 20 per cent mortgage rates.

The Pyrrhic victory of Bill Bennett

The Socred “restraint” era in the early 1980s had some brave moments (Mickleburgh brilliantly describes the rally at the old Empire Stadium, when the cops and firefighters came marching in). Under the Solidarity banner B.C. teetered close to a general strike, and then teetered back from the brink. Mickleburgh notes that the “anticlimactic” end of the strike has obscured some of its real successes — not least of them the Pyrrhic victory of Bill Bennett, who resigned rather than face the voters again.

The concluding chapters lack the epic sweep of those dealing with B.C. labour’s first century, focusing more on individual struggles like the IWA strike of 1986 to prevent contracting-out and the nurses’ strike of 1989. Public sector unions had their problems with the NDP governments of the 1990s, but they paled in comparison to the miseries inflicted by the Liberal governments of Gordon Campbell and Christy Clark. The Supreme Court of Canada vindication of the BC Teachers’ Federation, after 15 years of legal battles, was a high point for 21st-century labour. 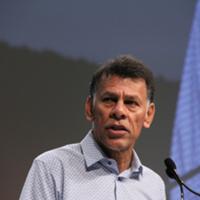 But B.C. labour today is in some ways a shadow of its former self. The big private sector manufacturing and resource unions have lost members as the economy has shifted to the service sector. It’s harder to organize service workers, especially in the high-turnover gig economy. Younger workers don’t often identify with their fellow workers, or see much benefit in taking a stand together. Mickleburgh understands all that, but still finds grounds for optimism in the way unions are merging to strengthen their memberships while actively courting younger workers in new industries.

Much of what Rod Mickleburgh tells us will be new and surprising to many readers, especially younger ones. Many older readers will find memories flooding back as they revisit the struggles of the last half-century. All will find a coherent narrative framing dozens of vivid stories about remarkable men and women who were literally fighting for their lives — and for ours.

And again and again, a underlying theme emerges: Whether for employers or for workers, solidarity brings victories, and divisions bring defeat.

Click here for an excerpt from On the Line that looks at the 1938 battle of Blubber Bay, when IWA members launched “a strike like no other, where authorities acted as a law unto themselves, reminiscent of the Deep South.”