Gordon Campbell resigned as premier and leader of the provincial Liberal Party almost seven years ago — time enough to get some perspective on his government. When you think about it, it’s surprising that his decade in power has vanished down our collective memory hole.

So I’m glad to see this book, a collection of essays by faculty in the political science department of the University of Northern British Columbia. Each essay deals with an aspect of Campbell’s policies, ranging from reconciliation with Indigenous peoples to arts and culture to the 2010 Olympics.

It’s a start, but only that, on the study of a momentous decade in B.C. history. On the topics it discusses, the book offers useful insights as well as some background on Campbell himself and his political evolution. It leaves some of the Campbell government’s key policies unmentioned and unexplained, not to mention their effects on British Columbians.

The question mark in the book’s title tries to provoke a controversy, but the essays themselves demonstrate that Campbell was no revolutionary. He was just another late-20th century neoliberal politician, surfing on the slipstream of Margaret Thatcher, Ronald Reagan, Mike Harris and Ralph Klein. Seeing where neoliberalism got us, our desire to forget him is understandable.

Granted, Campbell often baffled us; he seemed to be neoliberal in his economic policies and his theory of the role of government, yet he also brought in a carbon tax that won international praise and outflanked the NDP on the left — leaving the New Democrats under Carole James to splutter “axe the tax.”

Some of these essays grapple with such seeming contradictions and make a convincing case that Campbell was less of a trendsetter than a follower of neoliberal inclinations started elsewhere.

According to Tracy Summerville, “Campbell drew from a playbook of policy options that was already being used in other jurisdictions” — both in Canada and overseas. These included public-private partnerships and decentralizing government. Summerville makes a useful distinction: “government” became “governance,” with a diffusion of responsibility to local bodies but without giving them the power to raise revenues. This very aptly describes the predicament of school boards, which were free to make decisions — but not free to raise more funding than Victoria provided.

Famous as a policy wonk and voracious reader, Campbell in these essays emerges as a wide but shallow thinker. He latched on to urban thinker Richard Florida and his idea of a “creative class” as the driver of modern economic growth. Creatives are good at entertainment, which led in turn to Campbell’s early drive to win the 2010 Winter Olympic Games.

But Emmanuel Brunet-Jailly asserts in one of these essays that the Olympics were at best a “mitigated success” as they produced no real economic growth in Vancouver, let alone the rest of B.C. Most of the buildings put up for the Games have at least found other uses (which is more than other Olympic hosts can say), and the Sea to Sky Highway is somewhat safer than it used to be. Otherwise, Vancouver 2010 just accelerated the gentrification of some neighbourhoods, and Campbell’s Canada Line made it almost as easy to get from YVR to downtown as it is from Kastrup to downtown Copenhagen.

Campbell does seem to have become better educated on Indigenous issues over the years. But Yale D. Belanger argues that his efforts at creating treaties and true reconciliation got nowhere.

I retired from 41 years of post-secondary teaching in 2008, just after watching Campbell declare Capilano College a real, live university. Confetti cannons exploded and everyone cheered. Not until later would we know that the price of university status was continued funding on the community-college level — a Faustian bargain made to attract more rich international students, who would pay for the prestige of a Canadian “university” degree.

Silence on the school wars 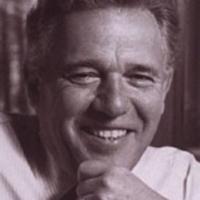 The Lessons of Dave Barrett

This cynical attitude toward education is one that the book’s authors surprisingly ignore. It surely affected them and their university, and it blighted the lives of all B.C. students and teachers for 16 wretched years. Yet no one in this book tackles Campbell’s education policies, which clanged into place in 2002 when his then-education minister Christy Clark brought in Bills 27 and 28.

The Liberals ripped up collective agreements and launched a 15-year war against schools, at untold cost to a generation of students and teachers. And their efforts ended with Clark being laughed out of the Supreme Court of Canada. Now B.C. schools predictably struggle to fill the jobs deliberately erased in Gordon Campbell’s early days.

The key flaw in this book is that its authors focus on their specific policy issues but can’t find a synthesis of those issues. Each essay offers useful insights but is written for other political scientists, not for the rest of us. It is a useful resource for scholars but will be only one of many resources for future historians of the Campbell era. I hope Gordon Campbell himself writes a memoir that will be one of those resources.

We await another book, with a broad vision, to define both Campbell and his policies. We can’t afford to forget either.