Simon Kilmurry, the executive director of the International Documentary Association, recently wrote a column for the Hollywood Reporter about the role of nonfiction cinema in our current cultural moment.

He states: “If cinema is our most powerful art form, I would argue that documentary is both its beating heart and its conscience. It holds a mirror to our society and it holds our conscience to account. It is more important than ever that we come together to speak up for and support those filmmakers — here and around the world — who bring us these essential stories.”

In backing up his argument, Kilmurry cites the Oscar contenders for the feature documentary award, including Raoul Peck’s I Am Not Your Negro, Ava DuVernay’s 13TH, Roger Ross William’s Life, Animated, Gianfranco Rosi’s Fire At Sea and Ezra Edelman’s O.J.: Made in America. Recent films in contention at Sundance were also provided as an indicator of the vibrancy of the genre.

Kilmurry’s words are both stirring and eloquent, but there is an odd note at the end of the essay, a plea to spread the word, to let friends and family know about the goodness inherent in documentary. No longer the “broccoli of filmmaking,” documentary cinema is kicking ass and taking names.

Even for the uninitiated, the proliferation of documentary in festivals and on video on demand services like Netflix is a strong statement. The mighty CPH: DOX in Copenhagen announces its program on March 1, and True/False Festival offers a truly extraordinary slate this year.

Closer to home in Metro Vancouver, there are some terrific documentaries on offer in the Salt Spring Island Festival, launching March 3, and other films aplenty at the Cineplex. All Governments Lie opens at International Village on March 10.

Mainstream media has also entered the documentary world in unprecedented fashion. Some of the most exciting work is being done by the Guardian, and the New York Times' Field of Vision continues to break new ground, and even Mother Jones is starting a documentary residency program.

Yes, yes, all good! For those of us toiling in the documentary trenches, this is not news, but in the larger world one occasionally forgets that people still think of documentaries as not quite “real movies.” The siren call of narrative and storytelling is fine. But really, some of the most compelling films I have seen recently come from the actual world, in all its oddity, strangeness and complexity.

You need no better example than that of our beloved old National Film Board of Canada. The NFB/EyeSteelFilm co-production Angry Inuk recently opened the Available Light Festival in Whitehorse. Allow me an aside for a moment, but if you ever have the opportunity to visit the Yukon, and specifically the Available Light Festival, take it! The festival, programmed with care and exactitude, featured a selection of both art house hits (Toni Erdmann and Moonlight) and Canadian cinema (Weirdos and Window Horses). The documentary features were particularly exceptional.

If you would like to see Angry Inuk, you are in luck. The film is screening at the Vancity cinema next week.

Angry Inuk is one of those rare films that flips the script, as it were. The Canadian seal hunt has long been presented as a blood red blight on our national reputation. Images of fluffy harp seal pups, with salty tears leaking from their dark eyes, being bludgeoned to death by nasty sealers have been perpetrated far and wide. The anti-sealing campaigns launched by Greenpeace and the Canadian Wildlife Campaigns for International Fund for Animal Welfare have been incredibly successful and essentially helped to foster the European ban on all seal products.

Director Alethea Arnaquq-Baril approaches the subject of hunting seals from the perspective of the Inuit people. Plainspoken and passionate, her voice is the soul of the film, offering up a decidedly more nuanced and thoughtful approach. The forces ranged against her are considerable. Bridgette Bardot, Ellen DeGeneres and Ryan Reynolds have taken on the seal hunt as a cause célèbre. Along with the support of large multinational organizations like Greenpeace, the propaganda machine is well funded and far-reaching.

But as the filmmaker points out, harp seals are not actually an endangered species. They are, however, extremely photogenic. As the face of animal rights campaigns, and a marketing tool (everything from fluffy white plush toys to posters, buttons and t-shirts), seal pups are incredibly useful — heartstrings pulled, and out comes cash.

Arnaquq-Baril is a forthright and compelling filmmaker. She is no bullshit, and the film takes the same approach. Comprehensive and compelling in its argument, it systematically lays out the history of the issue. The UN ban on seal products has closed down one of the principal means that Inuit people have of making a reasonable living, a situation that has been further entrenched in part by intensive lobbying at the international level. The result is the decimation of the seal hunt, not just in St. John’s, Newfoundland, but also in the North.

The long-term consequences are the most troubling. As Inuit people are forced off the land, poverty and despair become endemic. People go hungry. But Angry Inuk is not a depressing or enervating polemic; rather it is packed to the gills with humour, courage, and an irascible spirit that is honest and clear. Certainly the film has an agenda, but it is never hidden or obfuscated.

As a researcher, Arnaquq-Baril is as unrelenting and patient as any seal hunter on the ice. She searches through archives, interviews, and media stories to unearth some truly startling information. (A CBC interview with Paul Watson is particularly revealing.) As she tracks down the folk responsible for orchestrating anti-seal-hunt campaigns and demands airtime to debate the issue, no one answers her emails, nor even shows up at their own scheduled protests.

As the film’s title cheekily implies, anger is not an emotion that the Inuit people particularly embrace. The culture has developed ways of defusing emotion in ritualized contests of insult and one-upmanship that usually end in hilarity. To lose one’s temper is to lose the battle. During the Q&A with the filmmaker at the screening of Available Light Festival, Arnaquq-Baril talked about the fact that some community members didn’t feel comfortable with the word “Angry” in the film title.

Nevertheless, the film uses anger as an effective narrative tool, a razor sharp edge to cut away the blarney around seal products and reveal the far more complex truth. The film is a powerful reminder of the great tradition of Canadian documentary troublemakers that dates back to the very beginnings of the NFB. Look only to Studio D for a group of genuine shit-disturbers making great work.

Flinty and unbending in its dedication to telling a story, Angry Inuk is also stunningly beautiful, capturing the epic expanse of the North in all its scale and glory. But it is the people themselves that emerge most fully and wonderfully. It is their humour and tenacity that endures long after the credits roll.

As Kilmurry noted in his Hollywood Reporter article, “At its best, documentary transcends simplicity and caricature and embraces complexity and humanity.” It also kicks sand in the face of bullies, floods darkness with the white heat of attention and intelligence, and tells the stories that those in power would rather we not know.

It is this quality, this independent and feisty spirit that I think best exemplifies documentary filmmaking. It is replete throughout Fred Peabody’s new film All Governments Lie. The film takes as its inspiration the work of journalist I.F. Stone, whose publication, I.F. Stone’s Weekly fought to shed light on government mendacity and malfeasance. 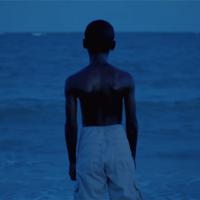 Two Films that Share a Vivid, Deep Understanding of the Oddness of the Human Experience

A veritable who’s who of media and culture, including Amy Goodman, Michael Moore and Noam Chomsky, offer their understanding of the current debacle that is the U.S. political situation. But of course, anyone paying attention to documentary cinema could have seen this coming from a long ways off. Adam Curtis essentially called it in his film HyperNormalization. But even further back You’ve Been Trumped, released in 2011, revealed the greed and grotesquery that is the current sitting president. If you want an even bleaker indication of the culture that would allow for the emergence of such a monstrosity, then seek out Roberto Minervini’s film The Other Side.

But before we get carried away on a tide of bleakness, I have some good news for nonfiction cinema fans. The documentary films still to be unleashed this spring are ferocious in their execution and heralding manifestos of change and renewal. There is so much good stuff on its way, it swells my heart near to bursting!

Even as mainstream media appears to have found a renewed sense of purpose, documentary continues to cut new trails in the darkness, with only the light of a camera revealing the ground ahead.