Ahhh, science fiction goodness. Just what the doctor ordered. Sometimes a girl just needs a few alien elements to help make sense of the world again. And director Jeff Nichol's new film Midnight Special has exactly the right balance of the uncanny and the grittily real, with a mad dash of manic desperation thrown in to keep things moving. 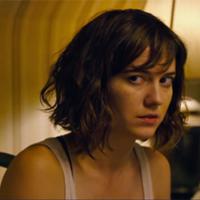 Why Are Movie Humans So Mean?

Midnight Special follows the same recipe that gave Alien its power -- think of the crew of the Starship Nostromo bantering away, even as things unravel for them from the inside out. The same quality pops up in John Carpenter's The Thing, and there are great lashings of it in Hitchcock films.

The Germans have a word for this quality, as they have for everything: unheimliche, the entry of weirdness into this workaday world of ours. Freud described unheimliche as a kind of cognitive dissonance that arises from the combination of attraction and repulsion, or between ''what is beautiful, attractive and sublime; that is, with feelings of a positive nature… and the circumstances and the objects that call them forth,'' and ''opposite feelings of repulsion and distress'' present at the same time.

It's the intertwining of these two, of revulsion and attraction that may explain the weird compulsion these films exert.

For its part, Midnight Special wastes not a moment injecting the unsuspecting audience into the eye of an escalating drama: in a drab hotel room, two heavily armed men listen to a TV newscaster issue an Amber Alert about a missing child. With the men is a little boy hiding under a blanket, and the atmosphere is laced with dread and mounting panic. Every spidey sense you have is immediately tingling.

The little boy is Alton Meyer (Jaeden Lieberher), who has been kidnapped by his father Roy (Michael Shannon) with help from Roy's longtime friend Lucas (Joel Edgerton). The desperado factor is ratcheted up by Shannon's goggle-eyed stare. The actor may be a familiar face to cinemagoers, but his is not an easy face to watch. The man looks as though one eye is wandering off to the side of his skull while the other is staring fixedly ahead, with a bloody resolution and unstoppable determination to do what needs doing. His mouth is little more than a slash across his jaw. In short, everything you need to know about the film is supplied in Shannon's unsettling glare.

One has good reason to feel uneasy.

Down a darkened highway

The pace picks up when a bored hotel clerk spots the trio leaving their room, and along with it, a sense of the net slowly closing around the fugitive trio. Young Alton, pale and weird looking, is shoved into the back of a 1972 Chevrolet Chevelle painted iron grey. While the kid reads comics with the help of a flashlight, his would-be captors turn off the headlights, don night-vision goggles, and roar along the darkened highway. Barely five minutes into the story, you're hooked hard, compelled to follow, like a fish on the line, to see the journey to its end even if it means going places you never wanted to find yourself.

The devil is in the details, they say. To its credit, the film doles out the backstory in dribs and drabs. It seems the boy and his father are fleeing a creepy Christian cult -- a Branch Davidians-style compound called the Ranch that's overseen by a patriarch preacher named Calvin Meyer (played by Sam Shepherd). The Ranch has its own dark secrets to keep. It's not only the freaky Christians who want the kid; the National Security Agency and FBI are also on his trail.

Meanwhile, back out on the dark byways of the Texas-Louisiana borderlands, things are growing more complicated: a highway accident, a dead patrolman, and mounting signs that little Alton is not exactly what he appears to be. The weird amps up again when the government rounds up the Ranch Christians for interrogation about Alton's abilities.

It turns out that top-secret government codes and spy satellite surveillance information have been popping up in Calvin Meyer's sermons as he prepares his flock for the end of the world. All of it has come from Alton during what are described as ''fits.'' It isn't long before we witness one of these. Before you can say ''close encounters,'' Alton's eyes light up like disco strobes and all holy hell breaks loose.

Strange, unknowable, and kind of horrifying

I hesitate to tell you any more about the plot, as one of the primary joys of the film is its unerring instinct for surprise -- to swerve left when you think it's going to hang right. There is a great deal of elegant restraint in this film, of knowing what to hold back and what to reveal, and most importantly, when to cut away. Scenes often end abruptly, a moment before catastrophic violence happens -- we do not see it, but it is there at the edge of the mind's eye, leaving a psychic stain that permeates the mind and bleeds through the nervous system.

Director Nichols has a way of allowing space and room for events to unfold so that we have time to register their potential gravity even as we are caught up in the storm. A stunning example takes place at a lonely gas station, where moments after Alton has wandered away from the getaway van, an Armageddon swarm of fireballs descends from on high to satisfyingly catastrophic effect. It is so surprising, it takes a bit of time to recover. But there's also something glorious here, a world that's strange, unknowable, and finally kind of horrifying. ''Yum!'' says the brain. ''Aieee!'' says the heart.

Midnight Special is anchored by an ensemble of superlative performances, including Edgerton as Shannon's reluctant aide-de-camp, and Kirsten Dunst as Alton's long-suffering mother. Adam Driver almost steals the show as an NSA agent, with his thick lips and cautious manner. But it's Shannon who supplies the real heart of the thing. This is truly a story about a father and son, and in particular the lengths to which love will drive us to face what we fear most, to sacrifice everything we have for the sake of our kids.

Let's return for a moment to the concept of unheimliche, a chewy word if ever there was one. It reminds me of another word that doesn't really have an English equivalent: umami, a Japanese term meaning rich and meaty. It's the word I would apply to films that contain that unique combination, taste if you will, of darkness and light, bone-hard and darkly juicy at the same time. Midnight Special has it. You can glimpse it, smell it, and almost taste it, but you can never capture it whole. And maybe that is ultimately for the best. You must kill to dissect. It is far better to let the mystery live, to let it run away on a dark Texas highway, heading wildly into the great unknown, taking you along with it.