Shanghai, Dubai, Mumbai and St. Petersburg might not seem like the most obvious combination of cities to look toward when trying to understand the future of urbanization. For those seeking tangible or replicable "best practices," those cities are, in many ways, living, breathing, carbon-spewing and often-authoritarian contradictions between the image they project and the reality of life within them. But for those wishing to re-think, re-envision and recreate the very idea of what a city is, what it can achieve and how it can achieve it, the study of these cities' pasts, as much as their presents, is enlightening -- maybe even essential. 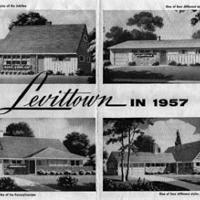 This much becomes clear in Daniel Brook's fastidiously researched and compiled histories of these four "instant cities" in his book A History of Future Cities (W.W. Norton, 2013). Often through mimicry of Western designs, each of these cities was purpose-built upon their conception for a very specific goal: to be the gateways to modernization and progress in their respective countries or colonies. In the 1700s, St. Petersburg sprang from Peter the Great's vision of a new cosmopolitan and technologically savvy capital, modelled in every physical (though not ideological) way -- from architecture to dress code -- on Amsterdam. A century later, Americans and Europeans created an English-speaking, liberal-minded, and grossly exclusionary empire in China: the trading hub of Shanghai. In 19th-century Bombay (later renamed Mumbai), the British Raj set out to recreate London in India and transform the tropical islands into Britain's greatest imperial city. And today, like the instant cities that came before it, Dubai rises from the desert before our eyes with astonishing and unsettling speed as the brash commander of Arab modernization.

In the episodic histories of each of these cities, what emerges is a vivid image of a grand idea: the city as a vehicle for progress. Indeed, as Brook mentions at one point in the book, even when the British completed the construction of Bombay's opulent train station, Victoria Terminus (now Chhatrapati Shivaji Terminus), they topped it not with a statue of a political figure or Christian icon, but with a 14-foot statue of a goddess bearing a torch and a wheel (humanity's greatest feats of engineering), titled "Progress." But what becomes equally clear is the extent to which the power those urban centres would come to hold was underestimated. While each of the cities (with the exception of Dubai as a current, not historical, example in the book) was carefully programmed to engineer thought and innovation through civic infrastructure and institutions, while limiting citizen empowerment, each city eventually spiralled out of the control of its creator. The cities were so successful as cradles for progress that they and their citizenry eventually became enemies to the very states that sought to build them.

Despite Peter the Great's best efforts to constrain St. Petersburg's carefully constructed intelligentsia, the city itself spurred the 1905 revolution that toppled Russia's autocracy. After Lenin used the city to launch the Bolshevik revolution, he immediately demoted it to Russia's second city, crushing its economy and spirit from his seat in the Kremlin. As Brook writes: "Lenin had never trusted the cradle of the revolution. Though Peter's city was the gateway through which European ideas, including Karl Marx's, flowed into the country, once Lenin seized power, new ideas became a threat."

Similarly, it was Bombay that spawned Gandhi's Quit India Movement, which led to India's eventual independence. "The modern city forged modern people who rode trains and read the latest English books. But if the city was on par with London, Bombayites began to wonder, why were they still ruled like children?" Brook writes. Likewise, the 1911 revolution that resulted in the birth of the Chinese republic was "very much a Shanghai revolution." Since then, Chinese leaders have purposefully de-industrialized and only very carefully and calculatedly resuscitated the city and its economic and cultural soul.

These stories, put together, come to present a picture of just how powerful cities can be. Their leaders were right in thinking architecture and institutions were more than just symbols -- they were powerful enough mechanisms to bear entirely new ways of thinking and operating. But those leaders were wrong in thinking that buildings and institutions could isolate and contain that force. Cities send signals to their citizens, but they do not pull the wool over their eyes.

What a city promises

What is refreshing about Brook's book is the empathetic approach he takes to the connection these city rulers have made between built form and social/economic progress. In an era where we love to point out the absurdity of Dubai's Vegas-esque approach to modernization, Brook gives the ideals underpinning the city (if not its execution) a chance: "The draw of Dubai in the 21st century -- as the draw of St. Petersburg, Shanghai and Mumbai historically -- is more than just the lure of great wealth; it is the lure to participating in modernity. To go from being a South Indian rice farmer to a construction worker who erects the tallest building on earth is to untether oneself from the past and build the future. The apologists act as if Dubai has already delivered on its promise, while those who rail against it deny that the city offers any promise at all. But if anything is clear from the histories of its historic sister cities, it is that understanding Dubai requires acknowledging both its opportunities and pitfalls, keeping one's eyes open to the wonder and the horror." 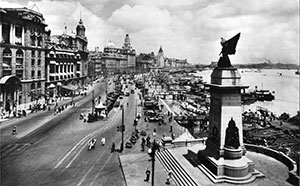 Magnificent commercial buildings began to appear at the turn of the 20th century as Shanghai's Bund district developed into a major financial centre of East Asia. Photo: Wikimedia Commons.

One gaping difference between the cities that Brook describes and those that many of us inhabit in the West or developed world, is that we do not necessarily live in cities with a government that has absolute control over form and function. Most of our cities are not brand new, nor are they developed and redeveloped through the eyes of a single visionary. Rather, they are the result of many competing interests. When the Shanghai government decided to develop their brand-new commercial and economic district of Pudong in the 1990s, they simply razed the migrant-worker huts that had been there until that point. But other cities trying to recreate themselves and build a new future, such as Detroit with its ambitious Future City plan that includes shrinking its footprint and handing former suburbs back to nature, thankfully do not necessarily have the option of employing such a heavy hand, as well-intentioned as the plan may be.

Perhaps the most interesting and relevant question Brook poses is, in fact, how and why we go about embodying our visions, goals and values in the cities we are building and rebuilding today. His book highlights an important point: in an era where we talk a lot about the promise of the city to bring us safely, sustainably and vibrantly into the future, we must remember and reflect on the fact that we are not the first to have prescribed goals for our cities. Peter the Great, the British Raj, the Shanghai colonists and Sheikh Mohammed, some of the most powerful and influential rulers in history, all believed they could construct the society they wanted by constructing a city -- and, at least initially, they were right. But today our visions for our cities' future are more collective, just as our expectations for how they are developed tend to include more than just one person's vision.

Does this leave less room for the types of grandiose plans that created the St. Petersburgs, Shanghais or Bombays of the world? Or does it simply create room for a new kind of visionary or a future city with the citizen at the helm?