As a troubadour and tech enthusiast, as an ecology advocate and children's champion, I'm moved to comment on what I sense is an opportunity and crisis of epochal proportions: a chance to optimize the social and environmental benefits of a digitally connected global village by acting quickly to subdue the perils of that technology's shadow. 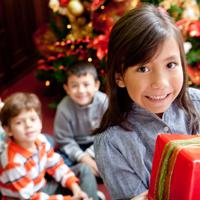 The worldwide web of computer connection has a light side and a dark side.

The "Lightweb" is known to all who use the Internet as a daily part of life. We easily connect to anyone around the world, not just via email, but through a variety of online platforms and texting applications even on the smallest personal computing devices; we have access to a global storehouse of information; powerful search engines find documents, arguments and historical precedents, and almost any online question finds answers; we connect by audio and video with anyone, for free; we can build an online music and entertainment library without leaving home; we have palm-sized devices with dazzling capabilities for learning, recording, sharing and connecting.

Net evangelists cheer the virtual world with little reservation. Yet while there's scant evidence that daily online engagement contributes to, say, character development in our young, we do have evidence of Net dependence and SM addiction, with negative impacts on personal wellbeing and productivity.

The SM crisis is hard to miss: If kids (the unintended users for whom the Net was not designed) aren't safe on social media, if they can't effectively avoid the worst of the Darkweb, we've got a social catastrophe -- a growing challenge to physical and mental health. The opportunity, simply put, is this: If social media is reformed with systemic safety features, if parents and teachers put sensible limits on screen time and age restrictions on Net use, we just might make the best of a very tough situation: benefit from the Lightweb by minimizing its shadow.

Is this possible? Can we regulate and inspire a digital code of conduct that rewards our highest inclinations and enables connecting for the greatest good?

If you make it past the next four paragraphs, we might well have a conversation. I'd like that very much.

Imagine a highway with no speed limits and no guard rails, where vehicles have no seatbelts and faulty brakes, and drivers (many of them underage) are constantly distracted -- that's the "Information Superhighway." Would you rush to give your kids a sports car to drive on that highway -- a smartphone? Hardly. You would at least wait until they were old enough to have a driver's licence.

Imagine parenting challenges with a quarter to a third of families led by a single parent; where even two-parent families have a hard time making ends meet; where kids now socialize virtually, texting their peers constantly -- welcome to parenting in the 21st century. Harder than ever.

Imagine a pop culture that exploits the young by targeting them for logo identification from birth, relentlessly marketing and advertising to them; a culture that sexualizes young girls, that glorifies violence and uses sex to sell anything -- that's the hypersexualized (what some call "pornified") pop culture in which our kids grow up.

Imagine a planet with a global economy on shaky ground, life support systems in peril, species going extinct at record rates and runaway climate change threatening life as we know it. That's the world we're living in -- a polluted one in which babies worldwide are born with a body burden of toxic chemicals that are known health hazards.

The global village -- McLuhan's prescient term -- is in a state of emergency: on the brink of breakdown or, perhaps, breakthrough. If I could wave a Harry Potter wand, I'd summon a grand new ethic to wake us from the Muggle doldrums to our higher sensibilities. I'd conjure a new economic model that might reverse the "money-above-all-else" bottom-line fixation that's killing planetary life supports and poisoning our world. I'd wish for a startling new discovery that could restore the tainted present and reverse the rush into depleted and frightening futures.

Some think digital technology is that magic wand. I believe that in its present form it adds to our problems as much as helps us.

This book provides three good reasons to reform social media and, along the way, rethink our relationship with the Information Superhighway and its "shiny tech" devices. Those reasons are Safety, Intelligence, Sustainability.

Part 1 of this book, "Safety," looks at the vulnerability of SM users, especially the young. Part 2, "Intelligence," deals with the pros and cons of "digitally enhanced" living. Part 3, "Sustainability," sheds light on the ecology of info tech, something we don't hear much about. The global context? A world with much economic instability and an ominous climate threat.

What the daunting big picture says to me is that we need something other than tech miracles in a ramped-up digital culture. I'm as happy to see tech innovation as the next person, so long as such innovation is socially sound and environmentally benign. As many have said, what humanity needs is a new ecological consciousness -- to transcend the myopic shortcomings of our mechanistic past. To me, what the world needs most is to embrace the global ethic we call sustainability, well-known in some circles but hardly a household word in our corporate-dominated societies.

Reforming social media without delay is critical. Without reform we doom ourselves to distraction, tweeting on the new Titanic. The right reforms now can give us the best chance of harnessing our Net inclinations to create a culture of true connection: a culture of respect for Earth and all her children. Without that, I fear for our future.

The conversation we need to have is time sensitive. Let's talk.