[Editor's note: Tired of flipping burgers on weekends to supplement your income? Looking for a most appropriate way to celebrate B.C. Day? Bet you didn't think of digging for gold as an option. While you're not likely to strike pay dirt, there's no better time to stake a claim and shake that pan in this province. As the foreword to Garnet Basque's Gold Panner's Manual points out, right now gold is fluctuating in the $1,600 an ounce range, and many analysts predict prices of $2,000 to $5,000 as not out of the question by the end of the year. 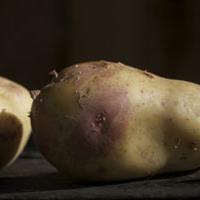 First published in 1974, Basque's how-to for prospective prospectors remains a definitive guide on what to bring and where to look. First tip? There's plenty of gold to be found in the province today, and it's a good idea to start looking near areas where it's already been found. The excerpt below detailing the history of gold discoveries in B.C. may provide some hints... good luck!]

There has always been controversy regarding the first discoveries of gold in British Columbia. Some records indicate that gold was first procured from First Nations at Fort Kamloops as early as 1852. Governor James Douglas, in his diary, credits an indigenous person with discovering gold on the banks of the Nicomen River in 1856, while getting a drink of water. Regardless, in February 1858, the steamer Otter sailed into San Francisco with 800 ounces of gold from the Fraser River.

Californians, frustrated by the demise of their own gold rush, were intensely interested in this new source of gold, and that spring a small party set out for the region. They made a strike at Hill's Bar, named in honour of the discoverer, A. Hill, a member of the prospecting party. It eventually proved to be one of the richest strikes ever made, yielding gold worth $2 million. When word of their success was carried back to San Francisco, hopeful gold seekers stampeded to the area.

On April 25, 1858, the Commodore, a paddlewheel steamer, docked at Fort Victoria, carrying 450 men who were on their way to the Fraser River. She was followed by numerous others, and in May, June and July, an estimated 31,000 people arrived from San Francisco via land and sea.

Late in the fall of 1860, John Rose, Ben McDonald, "Doc" Keithley and George Weaver made a discovery 20 miles from Keithley Creek that would change the course of history in the Cariboo. That winter more than 400 miners camped in the snow, waiting for spring thaw. The official gold yield for 1861 was worth $2.5 million ($62.5 million in 2012 dollars), although unofficial estimates range as high as $5 million ($125 million in 2012 dollars).

Finding the 'gold capital of the world'

In the summer of 1862, a sailor named Billy Barker entered the Cariboo. Unable to find unstaked ground, he decided to try below the canyon on Williams Creek, much to the amusement of everyone. But the laughter ceased when, at the 52-foot mark of his shaft, Barker struck pay dirt. And what pay dirt! His claim eventually yielded gold worth $600,000 ($15 million in 2012 dollars).

Others now focused their attention on the area. Among them was John "Cariboo" Cameron, whose claim became the richest in the Cariboo. During 1863 it averaged from 120 to 336 ounces of gold per day, with a lifetime output of nearly $1 million ($25 million in 2012 dollars) -- at a time when gold was worth less than $20 an ounce!

Around the claims of John Cameron and Billy Barker grew the boom towns of Cameronton and Barkerville, the latter being declared "the largest community west of Chicago and north of San Francisco" and heralded as the "gold capital of the world."

The Cariboo did indeed prove to be of almost unbelievable richness, with numerous individual claims yielding fortunes in the precious metal. For example, the Caledonia and Neversweat claims on Williams Creek yielded gold worth $750,000 and $120,000 respectively; Butcher's Bench, $125,000; Forest Rose, $480,000; and Prairie Flower, $100,000.

In 1865 the creeks were still yielding gold worth more than $3 million annually. But the shallow diggings were becoming exhausted, and the day of the individual miner was ending. Most of the prospectors began searching for new discoveries, and eventually strikes in the Omineca, Peace, Cassiar and Atlin districts were explored and mined.

In 1864, Vancouver Island experienced its own gold rush when nuggets were discovered in the Leech River, a short distance from Victoria. Men promptly flooded the area, anticipating another great goldfield like those of California and the Cariboo. But the Leech River reserves proved to be limited; mining operations soon petered out, with the prospectors seeking more promising areas.

British Columbia's total gold production in 2010 was 12,156 pounds, down from 16,611 pounds in 2009. This represented 5.7 percent of the national total and made British Columbia the third-largest gold-producing province in 2010, but only because Nunavut was not included as a province.

While it seems gold production in B.C. is declining, some mines are still going strong, and new projects are in development -- one even due to a discovery via placer mining. There's still gold to be found, and dozens of hopeful exploration companies are still searching.

The next time you become discouraged in your search for gold, or someone tells you there's no gold in "them thar hills," remember this: To date man has only secured about 0.38 per cent of the total gold in the earth's crust! A total of about 181,000 tons of gold had been mined in human history as of 2009.