Mexico's President Felipe Calderon is in Canada this week, seeking to improve relations with Ottawa. He'll have a lot to talk about, but one topic he'll mention briefly if at all: The worsening anarchy in Ciudad Juarez. It's so bad that it's literally unimaginable, but let's try to imagine it in Canadian terms. 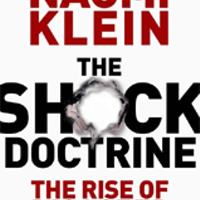 So imagine Vancouver in a parallel world.

In this world, 30 to 40 per cent of us live, one way or another, off money from the trade in drugs to the U.S. Several tons of marijuana and cocaine cross the border into Blaine every day, waved through by bribed border officials on both sides.

In this parallel world, police officers are not fighting a war on drugs. They're fighting a war for drugs, and for the billions of dollars they generate. They're not fighting only the B.C. cartel; they're also fighting the Alberta and Saskatchewan cartels, not to mention the Mounties and the Canadian Forces. All are involved in a battle for control of the market.

For young Vancouverites, a career in drugs is a reasonable career choice. It's even more reasonable if they start in law enforcement or the military: the training they receive will make them more attractive as assassins and torturers, whether for the cartels or for the cops or soldiers.

The alternative? Working for almost nothing in factories that make goods for Wal-Mart, at least until the owners move the business to China. Canadian farming has been ruined by cheap imports from the U.S., and huge parts of the country depend on money sent home from the States by illegal emigrants.

In this parallel world, Vancouver's mayor spends most of his time in his house in Seattle. It's safer there. St. Joseph's Hospital in Bellingham sees a lot of Canadian gunshot victims; if they'd been taken to VGH or Surrey Memorial, their attackers might have followed them into the ER and finished them off in front of the doctors.

In this world, you may be driving your kid to school when assassins fill your SUV with bullets. If they're professionals, only you will die; if not, your kid will die too. Your widow and your other kids may be shot to death at your funeral.

You'll be lucky if your death even makes the papers: Vancouver's reporters get killed too if they pay too much attention to such crimes.

Dystopia as a fact of life

That may seem like a far-fetched dystopian nightmare. But it's the basic condition of life for the two million people who live in Ciudad Juarez, just across the Rio Grande from El Paso, Texas.

Charles Bowden, who has written several books about the drug trade, started this one when 48 people in Juarez died violently in January 2008. That seemed to him an appalling number, but by the end of the year at least 1,607 had been killed. In his afterword, Bowden writes: "By the summer of 2009, Juarez looks back on 2008 as the quiet time." Later he notes that by early December 2009, 2,400 had died.

After years of visits to Juarez, Bowden knows the city and its horrors. He also knows that neither the American nor the Mexican media have come close to describing or explaining it.

So his book is not a meticulous analysis of the violence and its causes. He has no real narrative. Instead, he offers a mosaic of people, mostly dead, and events, mostly bloody. Taken together, they form a monstrous image of a collapsed society.

One of the people is Miss Sinaloa, a beauty queen who accepts an invitation to a party in Juarez; after days of being drugged and gang-raped, she's turned loose with bite marks on her breasts. Insane, she stumbles into an asylum for the drug-destroyed created by "the Pastor," a recent convert to evangelical Christianity. Bowden makes her a metaphor for Mexico.

Bowden talks to a reporter who has written too freely and has to flee to the U.S. -- where he and his teenage son are thrown in jail. Bowden meets with an ex-cop who became a sicario, a professional killer, for 20 years. The sicario didn't even know whom he was working for -- cartel, army, police, who cared? He finally became a Christian and escaped the job, but he knows his employers will never forget or forgive him.

Our immediate response is to look for a clear and simple explanation: cartels fighting one another for market share. Desperation caused by NAFTA's destruction of the Mexican farm economy. Millions of American and Canadian dopers who don't care who dies as long as they can get high.

Bowden is far past that. Those may be some of the causes of the nightmare, but now, he says, the violence is simply the new state of affairs:

Our next response, like that of the Mexicans, is to lie low, keep quiet, and try to ignore the violence. We book holidays in Cancun or Puerto Vallarta. We watch Mexico's President Calderon visiting President Obama, who agrees that Arizona's new law against illegal immigrants is a scandal. They don't discuss why so many Mexicans flee their country. Meanwhile, the U.S. pays $1.4 billion to the Mexican army, supposedly to help it fight the cartels, when Washington must know that the army is itself a drug cartel.

Now Calderon wants us to drop our visa requirement for Mexican visitors, and to provide more training for Mexican police and judges.

Is Juarez our future?

But Bowden is past all those reflexive responses to the anarchy. It's not a matter of busting some crooked cops or "getting tough on crime." He returns to Juarez compulsively: "I think it is about tasting the future."

Juarez is not improving. On May 19, I visited the website of El Diario, a Juarez newspaper. One of its stories was headlined "Tragic day of nine deaths." It began with a description of a woman who was shot in both legs in front of her home while trying to protect her husband against armed attackers who'd shot him in the head. Crippled, she lay near his body while their two Rottweilers ate her dead husband's brains. The dogs then attacked the federal cops who arrived on the scene.

Yes, it's gross and horrible. But most such events don't even get reported, and chances are no one will be arrested, let alone convicted, for this murder. Or for the other eight.

It could happen here. Juarez, after all, is a taste of the future.