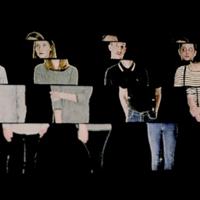 Better Clear Some Space on the iPod, Vancouver

This Sunday, in front of thousands of football fans huddled into New Jersey's MetLife Stadium, and for millions of TV-and-webcast viewers around the globe, veteran Californicators the Red Hot Chili Peppers will be funkin' it up during the Pepsi Super Bowl XLVIII halftime show. The question is, with a catalogue stretching back over 30 years, and with stage time shared with pop star Bruno Mars, which bass-slappin' cuts are the Chilis going to cram into a micro-set in middle of this mighty match-up between the Denver Broncos and the Seattle Seahawks?

Are they going to trot out funk-punk dusted "Fight Like a Brave" as a rallying cry for the gods of the gridiron? Or maybe the similarly spirited "Can't Stop"? There's a good chance they could bust out career-shifting '90s ballad "Under the Bridge," though those blood-drawing lyrics -- albeit about heroin --- could ruin the mood by planting an image of players juicing up in the locker room into our minds.

The band have been relatively mum about the upcoming performance, save for drummer Chad Smith joking in an interview that they may play some Led Zeppelin, and a since-deleted tweet from bassist Flea asking, "Anybody wanna see my cock at the Super Bowl?" But this week the new rhcp2014.com website went online along with a purported stream of the band's new single, "Abracadabralifornia."

At first, the page looks legit, featuring a spinning band logo, an image of halftime buddy Bruno Mars, and various sponsor nods to Dodge, Gatorade and of course, Pepsi. The problem is, the song's a fake... and a funny one at that.

The track immediately hones in on the familiarly wriggly four-string lines and shimmering guitar chords of the Peppers' late '90s-and-onwards adult alternative hooks (think "By the Way" or "Scar Tissue.") Soon enough, a half-convincing Anthony Kiedis impersonator starts crooning about cruising the California highway system before detailing how he's a "bad mamma-jamma from here to Alabama. For the record, he also rides a llama, knows how to use a camera, and in the second verse notes how he'll party with your sexy-ass grandma.

Though the cut -- later exposed to have been prepped by funny guys Zach Galifianakis and Jon Daly for the Comedy Bang Bang podcast in 2013 -- ratchets up the silliness with sex grunts and over-the-top awful scat-rapping, is the joke, really, that this otherwise seems like something the Rock and Roll Hall of Fame inductees could have actually crafted on their own? Is "Abracadabralifornia" really any more ridiculous a song title than past tracks like "Stadium Arcadium" or "Hump de Bump"?

For anyone playing close enough attention, the fake tune's raunchy "She jammed my butt with a big stick, and then preceded to be suckin' my dick" is really just a twist on the female cop-fondling scenario in "Sir Psycho Sexy"; the onomatopoeic bing-bong section acting a middle-finger salute to the similarly lazy, word-eschewing back half of "Around the World." The parody just barely dials up the absurdity of the outfit.

Though "Abracadabralifornia" quickly gained traction across Twitter, with fans furrowing brows over the assumed new single and the apparently drain-circling direction of the veteran act, the Orwellian hoax didn't last for long once media outlets began picking it up, ruining the fun by crediting the track to Daly and Galifianakis' appropriately titled Peppermen.

Sadly, at least for prank-lovers, the god-awful "Abracadabralifornia" has zero chance of being played during the halftime show this weekend, but don't worry, you're still just a couple of days away from a heartfelt-and-funky midgame wang-a-dang-a-doodling out of Kiedis and maybe the sight of Flea's ding-a-ling. Whether a parody song or the authentic article, the Red Hot Chili Peppers wouldn't have it any other way.