I am going to kill David Denby. I will eat his brains, chew on his innards and make mincemeat of his body. 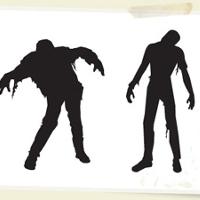 The man has fooled me innumerable times, but enough is enough. The New Yorker film critic recently gave World War Z a good review and like any trusting rube with $20 in my pocket, I thought, "Well, it got a good review in the New Yorker."

World War Z, based on the same-titled book from Max Brooks (son of Mel), opened last Friday to some fanfare. A number of critics, in addition to Denby, hooted and tooted, and the masses lined up ever hopeful.

It made me think about another film I saw recently about the world of making movies. The title of the film, Seduced and Abandoned, is taken from a soliloquy offered by Alec Baldwin about the experience of the movies themselves.

Set against the backdrop of the Cannes Film Festival and featuring famous faces aplenty (everyone from Martin Scorsese to Francis Ford Coppola to Ryan Gosling), the documentary-cum-picaresque is a journey down the rabbit hole of film financing.

As Baldwin and director James Toback trot about the festival, taking meetings with various money men, billionaires and international sales agents -- the men who decide on what's bankable and what's not when it comes to the business of cinema -- the real reason films get made becomes clear.

While the world of finance is interesting enough, the film is also a love song, albeit a sad one, to movies. To paraphrase Baldwin, who lets forth a tirade as blue as smoke: each time you go to the movies hoping to experience the same rapture and love that you once enjoyed, you are largely used and abused instead. Like the ultimate bad relationship, you just keep coming back for more, convincing yourself that this time things will be different. This time, you'll finally get the love you deserve.

A bit of a shambling mess

World War Z is good example of this phenomena. I wanted to like it, I really did. The Denbys of this world aside, you don't line up and pay good money to be woefully disappointed, but rather hope for some of the passion you remember.

The first time I watched George Romero's Night of the Living Dead was on video, in the daytime, locked safely inside my own apartment. I had to stop the tape every few moments to recover, before gingerly pressing play once more and being immersed in a world where grim death was beating down the door in slow inexorable fashion. Ahhh love....

Long before it reached the theatres, World War Z was packing a serious price tag, some $200 million, which makes it the most expensive zombie film ever made. How far we have come since the days of Romero and pals, who made Night of the Living Dead for a measly $114,000. As various pundits have noted for that price you could make 1,754 Nights for the same price as one World War Z. Ahhh commerce....

So, is World War Z really worth throwing your pathetic bit of cash on the pile? Not really. Despite having source material that is pulpy good fun, the film is a bit of a shambling mess.

Maybe humans deserve to be eaten?

The title sequence lays out the looming global crisis in a series of news clips about a mysterious rabies-like illness, a device so old and over-used it deserves to be sent to a seniors' home in Florida to play Canasta. Gerry Lane, a UN special something or other (played by Brad Pitt), his wiener wife (Mireille Enos), and two indistinguishable kids are playing happy-go-sucky in their sunshine morning kitchen. It could be an ad for orange juice or syrup.

It doesn't take long before things get sticky. The family's morning commute is interrupted by an epic traffic jam, and before you can say "Send more cops!" it's chewing time. All the zombie hungry-mungries are loosed, leaping like toads, all teeth and eyeballs, to set upon their fellow man. Unlike Romero-style zombies, the undead of WWZed move like flood waters; pooling and rushing, swarming in like-minded syncopation like a school of hungry fish. This is the one interesting notion the film has, that of sheer population mass. This short and sweet introduction sums up the idea that human society has just ended thanks to an excess of humans. So long humans, you ate all the fish, now you must go!

It's just as well because, if nothing else, the film will convince you that humans are kind of stupid. Maybe they deserve to be eaten. The film is rife with examples of dumb things people do. And I'm not talking just about the filmmaker. One of the head-scratching moments includes the introduction of a genius doctor, the one man who might solve the pandemic and save humanity. The film takes some pains to flesh out this character, only have this genius accidentally shoot himself with his own gun, the minute he steps off a plane. The moment is so poorly handled it doesn't even register. Even as you're thinking, "Huh? He's dead?" other boned-headed moments are lining up for mastication.

Examples: crack troops trundle along on bicycles to avoid zombie detection. Israeli and Palestinian folk get so carried away singing at the top of their lungs, like they're auditioning for Jerusalem Idol, that no one notices that zombies are climbing over the wall. A bunch of dummies on a plane gingerly heap luggage between themselves and the curtain (yes, curtain) that separates them from the ravening hordes. Sigh...

Any child past the age of five could tell you that it's not going to work, and of course it doesn't. The film is chock full of inept action and bad decisions, and the only person with a lick of sense is Brad Pitt. We're all doomed.

Saving the world is a one-man show

Let's cut to the chase. Which is essentially what the film itself does. There is a great deal of running hither and thither, skipping around the globe from Korea to Israel to Wales, and ending with a soggy thud in Nova Scotia. Any film that ends in Nova Scotia is by definition not frightening, and what some critics have termed a soft ending is as weak as an undercooked egg.

Simply stated, World War Z is not very good. Aside from a few set pieces, the action lopes along, with altogether too much of Brad Pitt's baggy-eyed mournful mien. Pitt single-handedly saves the world, all without ever moving his face. No one else gets very much to do, and the film, despite its teeming numbers, is basically a one-man show.

Here is where something curious arises.

The complaint from zombie purists has been that, other than the title, the film and the book have very little to do with one another. Max Brook's book spans the globe and gives every nationality a chance to tell their experience of the zombie pandemic. Some of the most arresting moments -- an undersea plague of zombies attacking a Chinese submarine, a Canadian campsite, studded with grasping, moaning undeadsicles embedded in ice -- are left out of the film. Such colour might have livened up the proceedings immeasurably, but none of these episodes made it into the movie. Brooks also devotes considerable time to humans and their resiliency, and for that reason alone, you finish the book feeling oddly better about people.

The same cannot be said of the film, where the only folks who are given any time and attention are the white nuclear family and one Israeli soldier. Chew on the geopolitical implications of that for a while.

Since Romero first put his stumbling shambling hordes on film, there have been Spanish zombies (REC 1, 2 and 3), French zombies (The Horde), English zombies (28 Days Later), Nazi zombies (Dead Snow), funny zombies (Shaun of the Dead) and so on. Around the globe, zombie walks draw hipsters like a rotting corpse draws flies. Even the word zombie has been liberally applied to all kinds of things: zombie economics, zombie mortgages, zombie capitalism, zombie just about everything. What gives, one might ask?

'Zombies are the proletariat'

The most apt summation I've read thus far about the film comes from Anne Bilson writing in The Telegraph: "...zombies are the proletariat -- faceless, shambolic masses that embody so many of our modern fears. They're metaphors for poverty, immigration or disease of the week -- anything that threatens to upset our well-ordered lives. They represent any segment of society that can be depersonalized for social or political reasons. Once upon a time they were a symbol of the dreaded underclass, though the recession is a reminder that many of us are now only a pay slip away from being relegated to that same underclass. The zombies used to be "them," but nowadays they're as likely to be "us."

The only thing that World War Z does any differently than the films that preceded it is to treat the zombie tide like a human swarm. Like so many bugs to be squashed. As Denby pointed out in his review of the film, it is easy to leave the theatre and see examples of what too many people in too small a space can become. He is not wrong. Any bus ride on the Number 20 can convince one that Armageddon is only one bad bus trip away. In light of this, it is interesting perhaps that the film lingers so long on the plight of one individual, while the rest of the human race is largely devoid of anything resembling personality. Zombies may have been human at one point in time, but now they're just vermin, teeming and gross, a pestilence that must be eradicated so that the nice white folks can have a peaceful time in Nova Scotia.

This is perhaps where real fear should shimmy up your spine. The undead have long been used by filmmakers as a tool of social critique, whether that means the issue of race in Night of the Living Dead, or consumerism in Dawn of the Dead, or economic disparity in Land of the Dead. So what is World War Z saying? That too many people means somebody, perhaps many bodies, gotta go? When humans turn on humans in an effort to decrease the numbers, it is never pretty. Read Jared Diamond's book Collapse if you'd like a crash course in what happens when humanity devours itself.

That is the real horror show.