Chances are if you have a friend that's a record collector nerd (and trust us, there are a lot out of them out there), they'll most likely be camped outside of one of the cities independent music shops this weekend for Record Store Day (April 21). The annual event (semi-annual in the U.S.) has become the Holy Grail for buyers looking for exclusive releases, whether legitimately interesting or straight up gimmicky and unnecessary. Unsurprisingly, you'll find both on this year's docket. 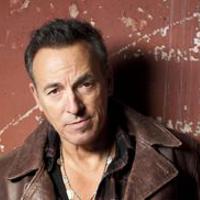 'Wrecking Ball' and US Rage

The merits of each limited edition wax slab is debatable, but a general rule should be that a Record Store Day release should offer up something you can't get anywhere else. For instance, Brooklyn art-pop queen St. Vincent is issuing a seven-inch featuring two brand new tracks, "Krokodil" and "Grot." Psychedelic tastemakers the Flaming Lips, mind you, are upping the ante by releasing a two-LP set of rare collaborative tracks under the billing The Flaming Lips and Heady Fwends.

Joining them throughout the affair are Bon Iver, Nick Cave, Coldplay's Chris Martin, and more. No strangers to issuing oddball items -- last year, the band sold a USB stick full of music that was cased inside a gummy skull -- the Lips apparently collected as much blood as they could from their cast of contributors, and had the DNA mixed into the vinyl pressings. There's no proof that sweat and tears went into the collection, but in theory there should be a whole lot of blood.

Georgia-based metal masters Mastodon may not have got themselves onto the Heady Fwends comp, but the act will knock out a cover of the Lips' "A Spoonful Weighs a Ton" on a split seven-inch that'll feature the original version housed on the flip. It's not the only cover Mastodon delivers this Record Store Day, as they'll also issue the celebratory Feistodon single with Canadian indie darling Feist. The Metals songstress will deliver what we can only imagine will be a slightly softened version of Mastodon's "Black Tongue," while the burly quartet returns the favour by assaulting our eardrums with a rumbling version of "A Commotion."

L.A.-based hip-hop trio Death Grips have been stirring up a commotion of their own with their grimy, experimental beats and hard-spitted lyrics, so some will no doubt be on the lookout for the limited wax pressing of their debut LP The Money Store, which arrives three days before the traditional CD and digital versions of the set.

Casting a glance towards our local music scene, Destroyer reissues its late-night, hyper-literate masterpiece Rubies through Merge, in case you missed out on the original pressing on Vancouver's Scratch Records in 2006. Not all of the represses coming out this year seem that necessary, though. A seven-inch box set of T. Rex's Electric Warrior sounds novel and, well, collectible. That said, it'll no doubt annoy anyone who just wants an uninterrupted transition between "Cosmic Dancer" and "Jeepster."

Perhaps the most unnecessary wax-wasters this year are newly pressed versions of The Breakfast Club and Pretty in Pink soundtracks -- the latter on, you guessed it, pink vinyl. Seriously, don't forget about the original copies of these. They're probably cluttering up the dollar bin at your local shop or Sally Ann as it is, so skip these cash-grabs for something a little more unique.

In an age where most music fans download their tunes straight to their hard drives (legally or otherwise), the great thing about Record Store Day is seeing so many people crammed into the shops to grab a physical platter. Also, stores all over town are celebrating extra hard by having local bands bash out a couple numbers throughout the day.

Flaming Lips with Bon Iver - "Ashes in the Air"

To name but a few, Neptoon Records on Main will host soul revivalists the Ballantynes, hardcore vets B-Lines, and folkies Hallow Moon, among others. Just up the street, Red Cat will showcase sets from Ladyhawk, Apollo Ghosts, Hard Drugs, and White Ash Falls. Zulu will celebrate with acts including Siskiyou, and out-of-towner Damian Jurado, while on the Downtown Eastside, Scratch has lined up a whopping 13 band bill.

From exclusive goodies to local live music, Vancouver shops are offering music fans a ton this Record Store Day. If you don't mind a few line-ups, make sure you catch some of the commotion.