It's rare for a record label to nab a hit straight out of the gates, and, let's face it, in that regard, Mint Records is no different. Despite introducing the world to Neko Case, the New Pornographers, and the overly-cutesy cuddlecore handle, the esteemed label's own beginnings lay in a pair of releases from Windwalker. If you're scratching your head trying to remember the early '90s college rockers -- favourably described by Mint heads as a mix of Soul Asylum and Neil Young -- you're not alone. Thankfully, local scribe Kaitlin Fontana's new book, Fresh at Twenty: The Oral History of Mint Records, leaves no stone unturned, highlighting pretty well every ordeal the company has endured, from its many successes to its most fantastic flubs. 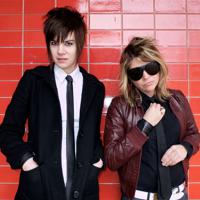 At the heart of the tome is the relationship between co-founders Bill Baker and Randy Iwata, two UBC students who first bonded over vending machine beers in the lounge of their campus radio station, CiTR. Over the course of a few years, the buddies turned into business partners, starting up their label in 1991 in the image of Seattle's Sub Pop records. Though Windwalker, who the duo plucked from CiTR's battle of the bands contest, SHiNDiG, may not have grunged it up with the best of them, the band set Mint on a course that changed Canada’s indie aesthetic forever.

While Fontana certainly dishes on the importance of the label -- locally, if not internationally -- as is the case with oral histories, she generally lets the musicians do the talking. A series of interviews conducted by the author reveal key moments of the label's infancy. cub members Lisa Marr and Valeria Fellini report on the band's relatively quick rise to queens of cuddlecore, while CBC host, Smugglers vocalist, and former Mint employee Grant Lawrence relives writing a press release about former drummer Neko Case decking some sexist douchebag at a gig in Houston, TX, effectively countering their ultimately confining cutesy image.

One of the many highs of the book describes the accidental success of one of indie rock's most beloved supergroups, the New Pornographers, an act that Mint wasn't initially sold on. Also detailed are the long and lengthy relationships Mint maintained with Neko Case (from Maow to her solo career), and the label's longest association, with Calgary-based instrumental music enthusiast Brent Cooper (Huevos Rancheros, the Ramblin' Ambassadors).

Fresh at Twenty: The Oral History of Mint Records isn't a total love-in, however. For a label that's managed to cultivate such a friendly image over the years, their history is surprisingly fraught with drama. Juicy tidbits involve Mint lawyer and eventual 604 Records/Light Organ Records magnate Jonathan Simkin getting his ass handed to him in a business meeting when power poppers Pluto jumped ship in the mid-'90s for Virgin records. Both Baker and Iwata, meanwhile, are relatively mum on kicking Fraser Valley-bred punkers gob off the label, but Lawrence chalks up the unhappy pairing to the band being a bunch of immature pranksters. Plus, there's that whole Lookout!/Mint merger that turned out to be fiscally unfruitful for the Northern side of the partnership.

Between releases that bombed (Mark Kleiner Power Trio, we're looking at you), bad band breakups (the Riff Randells, the Organ) and the occasional romantic fall-apart (offhand, at least six marriages crumble throughout the course of the book), there's enough material to fuel a soap opera serial for years to come.

An in-depth overview of the last 20 years of Vancouver music, Fresh at Twenty: The Oral History of Mint Records is a must for any music obsessive. If you're not already familiar with the hundreds of releases Mint's dropped since 1991, you'll no doubt be ready to cruise the used bins for Tankhog and Tennessee Twin singles by book's end.