People are jazzed about the Exile On Main Street reissue, if only because we all managed to outlive Mick Jagger's perverse resistance to it. And he's a stubborn guy. Personally, I'm even more excited about another reissue, this one local, and with considerably less of a mythical payload. But the Blue Shadows' 1993 debut On the Floor of Heaven is a staggering record. Maybe the best thing that ever came out of our city. 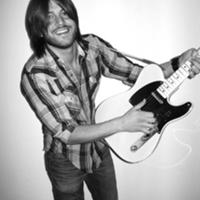 Way Better than the Eagles, Possibly as Good as the Monkees

The Blue Shadows came together in the early '90s when Jeffrey Hatcher relocated to Vancouver and hooked up with kd lang's manager Larry Wanagas. At the other end of the Wanagas-spectrum was Billy Cowsill, a troubled American talent whose gradual descent from fame had landed him on one the outer rings of nowheresville (the Fairview on Broadway, usually, or the Kitsilano Showboat).

Hatcher had made an impression with his bands the Fuse and the Big Beat. In a call to The Tyee, Wanagas recalls encouraging the songwriter to check out Cowsill. "I said, 'He's looking for a new guitar player. Maybe we can slide you into that band for a while while we figure out what to do with you.' I had a gut feeling that if Jeff got it, we might have something. Not that I'm saying sparks flew the minute they met. I mean, I think Hatcher was wondering if he should even go near the guy."

There was good reason for Hatcher's trepidation. Cowsill was a wild dog in his late forties with a host of personal problems, addiction issues, and a sewer mouth left over from decades of neglect. But he also sang like an angel. Says Wanagas, "I don't think I've ever heard a better male vocalist. He was one of a kind. But there was a scary side to Billy. I had booked Billy's band to open for kd a few times in Alberta, and I said, 'You know, kd, why don't we try something together,' and she said, 'He scares me.' I don't know if he scared her emotionally, or vocally, or both. Or maybe physically. But that's what she said."

Misgivings aside, Hatcher and Cowsill made good on the Wanagas gut feeling. They got it, and he had something. The Blue Shadows ensued and a couple years later On the Floor of Heaven arrived. As the band's co-manager Dave Chesney told The Tyee, "I think once in a lifetime for an artist, they meet their muse, and I think Jeff and Billy both realized when they met each other that the magic we all heard and saw, they felt as well." The effect was universal, evidently. Chesney says he saw it "time and time again. People would just walk into the room and their mouths would drop. Whenever the band would roll through Toronto it was a veritable who's who of the music industry in Canada going, 'I don't fuckin' believe what I'm hearing.'"

What they heard was lovingly dubbed "Hank goes to the Cavern Club" by the honeymooning partners. It'd be hard to top such a pithy description. Check out "Coming On Strong," which opens On the Floor of Heaven with a genius marriage of post-Paisley Undergound jangle and hillbilly harmonies, finished off like a dash of Tabasco with bayou fiddle. After that, miraculously, On the Floor of Heaven just gets better and better, plowing its unique middle path through Nashville trad and Brit invasion with unforgettable country rockers ("The Fool is the Last One to Know," "Deliver Me") and crystalline neo-Everlys heartbreakers ("A Thousand Times"). In a blind test, I doubt you'd be able to identify the era. Musicians and critics loved The Blue Shadows, and country radio axiomatically wouldn't touch them. There was too much good taste behind the enterprise. Between that and the bad moon orbiting Billy, they were born to lose.

On the Floor of Heaven ends with a chilling vocal from Cowsill on "Is Anybody Here." It's a song that sounds like it was written to fit the exact dimensions of Roy Orbison's mouth, but which otherwise stands -- not forgetting a second album in '95 prior to the band’s demise -- as the Blue Shadows' epitaph. Or it would if Wanagas and Chesney hadn't acted on something Cowsill told No Depression's Paul Cantin, in a last interview shortly before his death in Calgary in 2006.

"It's really in honour of Billy when it comes right down to it," Chesney explains. "In his final days one of his wishes was that On the Floor of Heaven be reissued because it was out of print when he passed away. I think he thought of it as his most complete work."

"I definitely feel an obligation," Wanagas adds, noting that there's little in it for his Bumstead label besides a lot of personal satisfaction. "There's no band," he laughs, "no way to promote through touring or to tap into any of the other revenue sources. But it's kinda up to me to put it out, so I did."

The Blue Shadows -- "Deliver Me"

These days, Hatcher works as a music therapist in Winnipeg. He reconciled with his old bandmate just before Cowsill passed away, discovering that Billy had cleaned himself up. But it's probably not fair to dwell on Cowsill's issues too much. As Wanagas says, "He wasn't enough of a headache for me to stop, because he was such a talent. You'd have to be an idiot to not know the guy had a problem, but he was also a real sweetheart. It wasn't like he was an egomaniac asshole. He was addicted to painkillers, and it had a huge influence on him, and how he lived his life, and what his priorities were. But when that guy stepped on stage, he'd open his mouth to sing, and the world would be silenced and fall at his feet."

Chesney concurs. "Billy's problems were never on stage," he says, with a hint of awe. "When he stepped on the other side of the floodlights, it was magic time."

Bumstead's reissue of On the Floor of Heaven also comes with a killer bonus disc and a shiny new website, featuring song notes by Jeffrey Hatcher.