You really have to feel sorry for the music organizers of the Vancouver 2010 Closing Ceremonies. Presumably they had to look into their crystal ball and imagine what Canadian artists we would want to hear years in advance of the actual event. Dates had to be locked down, contracts signed, and if a certain amount of cultural relevancy had to be sacrificed, that was understandable in the name of procedural efficiency. I mean, how could they have known, in 2008, that no one would care about Simple Plan? 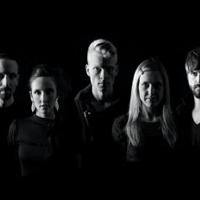 In case you somehow missed it, let me set the stage. Canada had just beaten the U.S. of A in a nail-biting, head-bashing hockey final that had a storybook ending in heir-apparent Sydney Crosby scoring the winning goal in overtime. Pandemonium erupts across Canada. That gold medal -- I still think medal counts should be for actual medals and not just events -- meant Canada, who had never won a gold medal on its own soil before, now had the most of any host country in winter Olympic history. Say what you like about the Games, and as readers of The Tyee I assume you often do, but that kind of athletic display took serious brass curling stones.

Goodwill was at an all-time high. People wanted to party. People wanted to celebrate. And when it started with Neil Young and his acoustic guitar, belting out "Long May You Run," what could have been a mood-changing downer turned out to be a poignant summary, auguring well for the night to come. Unfortunately, as with k.d. lang tearing off the roof with a haunting "Hallelujah", it proved to be a lone moment of class in a sea of mediocrity.

I'll leave Nickelback alone this once, as they were there to play all of one song, but whose idea was it to treat the Closing Ceremonies like the workout mix during a step class? Alanis Morrisette, fresh off her album no one bought two years ago, handled the "cool down" portion; "Wunderkind" is a song so slow and maudlin I think I saw people pass out, cell phones held aloft to indicate their positions for rescue crews (and is there anything more lame than cell phones replacing lighters at concerts? Why not just hold your Macbook over your head?). Avril Lavigne, who last had a hit three years ago, was allowed to play two songs, but compensated by shortening both so much that by the time people started moving they were over. She stood perfectly still, rooted to the stage by ridiculous shoes, looking ever more like the vacuous teen starlets she used to rail against.

Even the genuinely entertaining k-os, who at least had an album released in the last year, was forced to perform surrounded by extras from The Warriors in DayGlo pants. And so it went, up and down, one song and leave, forced cheers and the tandem announcing team making the bands sound like arriving show dogs. I'm not sure I would go so far as to call it vulgar, but I certainly wouldn't call it any good.

Now I'm sure booking for the Olympics is a logistical nightmare. And I understand that the organizers were constrained by both needing internationally-recognized acts and having broad representation from across Canada. I'll even accept that at the time they were contracted these acts were more relevant, and that the acts I'd have rather seen -- New Pornographers, Cirque de Soleil, Broken Social Scene -- either could not or would not go. But take a look at these musicians who performed during the concurrent Cultural Olympiad and tell me that any one of them wouldn't have been better than those that performed at the closing ceremonies: Feist, Stars, Chromeo, K'NAAN, You Say Party! We Say Die!, Kid Koala, Joel Plaskett.

So before Canada hosts another international event, I have a bit of advice to those tasked with organizing its major ceremonies. Before you look at Billboard and US Weekly to pick the entertainment, have a listen to the R3-30 podcast by CBC Radio 3. Every week the fine people on that criminally under-exposed station countdown the 30 best independent tracks by Canadian artists. The top song this week would have made an excellent party anthem as the fake snow cascaded around the stadium. At the very least, more than just the white, waving pylons/volunteers would have been dancing.