Some renters who can’t afford to buy a place say they find the idea “empowering.”

But critics say they’re worried the model could lead to a situation where renters are investing in landlords who are displacing tenants through practices like renovictions, where a landlord tries to evict tenants to renovate and then charge much higher rents.

“Is Addy really just allowing people shut out of home ownership and struggling with high rents to invest in landlords that are helping perpetuate the crisis?” asked Philip Zigman, a volunteer advocate with a Toronto group called RenovictionsTO.

Addy says it carefully vets all of its real estate partners and has an ethos of “win-win or no deal” when it comes to picking projects.

But some Toronto tenants who are fighting eviction from their building, 98 Northcliffe, say they were surprised to find that Addy had previously partnered with their landlord, QMW Corp., on another Toronto apartment building called Clearview on the Park.

For the tenants and RenovictionsTO, the language used in a 2021 video to promote Clearview on the Park to investors was concerning. Zigman said a reference to the average rents in the building being $400 below market rents was one red flag. A description of a plan to “exit” in seven years with several units left unrenovated so there would be “meat on the bone” for a future buyer was another.

That’s because many tenants in Toronto have faced renovictions in recent years, as rents have soared, apartment buildings have changed hands and landlords have attempted to evict existing tenants to charge the new, much higher market rents, often using renovations as an excuse.

Just like in Vancouver, the huge gap between existing rents and the rents new tenants pay is now so large that it presents a powerful financial incentive to try to get existing tenants to move out.

“We all know that in Ontario the way to get rents up to market is by pushing existing tenants out,” RenovictionsTO wrote in a Twitter post critiquing the connections between Addy and QMW. “That helps landlords increase the ‘value’ of their properties.”

While the company’s offering memorandum for Clearview on the Park states that “a tenant incentive fund budget of $804,000 has been accounted to increase unit turnover,” the crowdfunding company told the Tyee that no tenants at the building have been given buyout offers or eviction notices.

Addy is not involved in 98 Northcliffe and hasn’t partnered with QMW on any other projects, according to a statement emailed to The Tyee by Katie Kernahan, head of operations and communications for the company.

QMW did not respond to a request for comment for this story.

While Addy says it offers ordinary people a chance to invest in real estate, concern has been growing about what some critics say is the outsized role investors play in the Canadian real estate market, and how that activity can push prices up in both the homeownership and rental market.

Addy’s model is called fractional investing, and media stories about the company have portrayed the concept as a way for renters priced out of the homeownership market to be able to invest in real estate. Investors own a “slice” of a property, like an apartment building or a commercial property — although they can’t actually live in or use the properties. (According to Kernahan, renters could invest in the property they live in through Addy and “potentially get access to any financial gains of the property.”)

Investors earn returns through rental income, and when the building is sold.

As a 35-year-old Vancouver renter called Jamie Smith explained in a CBC story, she invested $1,500 with Addy, which felt “empowering” — the “exact opposite,” Smith said, of the frustrating search to find a home in the notoriously expensive city.

While Addy focuses on apartment buildings and commercial properties in B.C., Ontario and Alberta, another similar Canadian company, BuyProperly, offers investments in rental properties in Ontario.

This type of investment is different from a real estate investment trust, or REIT, where investors buy stock in a publicly traded company that owns a portfolio of income-producing real estate properties.

REITs were introduced in the 1960s as a way to open up real estate investment to ordinary people. But they’ve become influential players in the Canadian real estate market, owning around 10 per cent of rental housing stock.

Because REITs often try to wring more income out of the apartment buildings they acquire, critics are concerned about their role in pushing up rents. They also don’t pay corporate income tax, as long as at least 90 per cent of their income is passed to their investors.

In the 2022 budget, the federal Liberals promised to review housing as an asset class, including “potential changes to the tax treatment of large corporate players that invest in residential real estate.”

Abbey Gagnon, who is 29, is one of the tenants of 98 Northcliffe. Gagnon received a buyout offer from QMW to vacate the $1,286-a-month two bedroom she shares with a roommate. Since market rents for a similar unit are between $2,400 and $2,700, Gagnon turned down the $15,000 buyout offer.

She and another tenant then had an uncomfortable encounter with the buyout negotiator, who repeatedly rang their buzzer, knocked on their doors, then yelled, “Enjoy your eviction notices,” according to Gagnon. Soon after, Gagnon and the other tenant did receive eviction notices, which cited the landlord’s intention to renovate and add two floors to the building. She and other tenants intend to fight the eviction attempt. 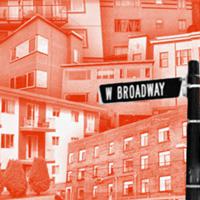 Gagnon said she wants potential investors to ask questions and think about the long-term consequences, especially if they themselves are renters.

“I would want them to question, what are the intentions of the company they're working with, especially if it is to renovate,” Gagnon said.

And what does she think of crowdfunding investment platforms like Addy? The project manager for a wedding and events company said she realizes the kind of investment Addy is offering could be attractive to younger renters like her, who struggle to both pay their rent and save for a down payment.

A small investment is “definitely achievable for someone like myself who also can't fathom actually buying real estate in Toronto,” Gagnon said, “and whose rents, if they keep increasing, will keep me out of that residential real estate market.”