Over the past five years, individuals and community groups have placed increasing pressure on the Vancouver School Board to rename schools named after individuals whose historical legacies do not reflect the values of the school communities they’re located in.

In 2017, Sir William Macdonald Elementary was renamed Xpey’ Elementary, which means “cedar” in the hən̓q̓əmin̓əm̓ language of the Musqueam people, in recognition of the Indigenous history of the area and the school’s status as a District Aboriginal Focus School.

In 2019, Jennifer Reddy successfully campaigned to remove a sign commemorating Cecil Rhodes in the playground of L’École Bilingue.

In 2020, Vancouver–Kingsway member of Parliament Don Davies called for the VSB to rename Gladstone Secondary. William Gladstone was a four-time British prime minister who opposed the abolition of slavery in 1834, and whose political career was financed by his father, who owned nine sugar plantations and more than 2,500 slaves in the Caribbean.

In May 2021, three students campaigned to have Lord Strathcona Elementary renamed Barbara Howard Elementary, after the legendary Black athlete and educator who attended and taught in schools in East Vancouver.

School names, like statues, plaques and other historical commemorations, are manifestations of power. The powerful impose their narratives on the surrounding landscape by naming and renaming places and phenomena.

By analyzing Vancouver school naming practices over time, we can identify the top candidates for schools the VSB should consider renaming — so the names of our schools better reflect their communities’ values and understanding of their history.

There are currently 97 uniquely named elementary and secondary schools in the VSB. Many of these 97 schools are old; 53 were built before 1930 and 35 more were built between 1946 and 1975. Only nine have been built since 1976. The oldest schools currently in the VSB are Admiral Seymour Elementary and Lord Roberts Elementary, both of which opened in 1900.

We classified these 74 schools into 10 thematic groups based on their historical legacy:

Continuities and changes in school names over time

It is difficult to make sense of the patterns and trends in school naming practices over time, as many elementary schools have opened, closed, moved and been renamed in the history of Vancouver. To further complicate things, before their amalgamation on Jan. 1, 1929, Vancouver, South Vancouver and Point Grey were separate municipalities that each had different school naming practices.

To better understand the continuities and changes in Vancouver school naming practices over time, the 97 schools currently in the VSB can be organized into thematic time periods based on the year they opened and the municipalities they are located in.

Between separating from the municipality of South Vancouver in 1908 and amalgamating with the City of Vancouver in 1929, the municipality of Point Grey built 11 schools still in the VSB. These schools are named after British military heroes, politicians and royalty during the First World War (Lord Kitchener, Queen Mary, Edith Cavell, Prince of Wales, David Lloyd George, Lord Byng) and local geographic areas (Kerrisdale, Maple Grove, Quilchena, Point Grey).

During this time period, six schools currently in the VSB were built. Only one school was named after an imperial British figure (Sir Wilfred Grenfell) and there was a shift towards naming schools after local areas (Kitsilano, Grandview, Renfrew) and streets (Templeton), two of which were named for local people. Kitsilano was named after Sḵwx̱wú7mesh (Squamish) Chief X̱ats'alanexw (Khatsahlano) and Templeton Street was named after William Templeton, the sixth mayor of Vancouver.

Only 13 new schools were built in Vancouver during this 47-year time period, including three schools between 1976 and 2000 and six schools between 2000 and 2021. Although schools were named after Indigenous symbols and names for the first time (Thunderbird in 1970 and Tyee in 1973), naming practices were similar to previous time periods. Schools were named for local neighbourhoods and areas (Champlain Heights in 1973 and False Creek in 1977), the educational purpose of the school (L'École Bilingue in 1973), explorers and politicians in Canadian history (Jules Quesnel in 1983 and Pierre Elliott Trudeau in 2002) and local educators (Elsie Roy in 2004 and Norma Rose Point in 2014). In 2017, Crosstown Elementary opened; its name was chosen because it was located in the growing urban area that intersected the communities of Gastown, Chinatown, Yaletown and Northeast False Creek. In 2018, VSB trustee Allan Wong’s motion to rename the school for Alexander Won Cumyow, an activist and interpreter who was the first Chinese Canadian born in British North America, was defeated. In March 2020, xʷməθkʷəy̓ əm (Musqueam) Elder Larry Grant gifted the hən̓q̓əmin̓əm̓ name šxʷwəq̓ʷəθət to Crosstown Elementary to better reflect the history of the xʷməθkʷəy̓ əm (Musqueam) and səlil ̕wətaʔɬ (Tsleil-Waututh) peoples.

Ten schools that should be considered for renaming

The VSB has outlined three ways to initiate the review of a school name under their draft renaming process: if the school has been approved for replacement under the Seismic Mitigation Program; if a school community, which includes students, staff and the Parents Advisory Council, makes a formal written request to the secretary treasurer signed by the school principal and the school PAC chair; or if the board passes a motion requesting review of a school name.

After the renaming process has commenced, an ad hoc working group is formed to complete a “Consideration for Renaming Summary Report” that is submitted to the Facilities Planning Committee. The FCP reviews the report and makes a recommendation to the board to either keep the current school name or start a renaming process for the school. When deciding on whether to rename a school the FCP considers the following criteria:

Given these criteria, there are at least 20 schools that community groups and the VSB should consider renaming, but 10 schools in particular are most urgent:

Seven of the 10 schools on this list were built between 1900 and 1914, when Vancouver advertised itself as a proud and loyal member of the British Empire and a strategically positioned port destined to become a key player in world trade. During this time period real estate boomed and the population grew to 106,110 in 1914 from 24,750 people in 1900, many of whom were immigrants from Great Britain.

These 10 schools are named after unapologetic British imperialists, including politicians, soldiers, explorers and politicians, who had little connection to Canada, B.C., Vancouver or Indigenous communities and histories. These school names are not unique to Vancouver, and six names on the list also have schools named after them in the Winnipeg School District (David Livingstone, Lord Nelson, William Gladstone, Lord Nelson, Lord Roberts, and Sir Winston Churchill).

The men on the list are primarily known for their contributions to the expansion of the British Empire via exploration, conquest and colonial wars that caused death and suffering for subjugated populations. They contributed little to the advancement of education, science, technology, medicine or progressive laws related to human rights and freedoms. 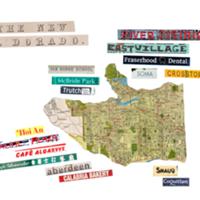 What’s In a Place Name? One History or Another

In Lies Across America: What Our Historical Sites Get Wrong, author James Loewen argues that “the commemorations a community decides to create on its landscape sums up its view of the past and influences its possible futures.” Leaving the name of an imperialist or racist on a school makes a powerful statement to future students about who is worthy of remembrance and who is not. The decisions we make about who gets commemorated and whose narratives are told have real consequences for society.

If the VSB is committed to providing an innovative, caring and responsive learning environment that values and celebrates the well-being of every individual as their 2021 Strategic Plan states, then renaming schools that commemorate racist imperialists is a good place to start.

The names on Vancouver schools provide evidence about the dominant values, beliefs and world views that existed when the schools were built, but are now outdated. We encourage school communities to learn more about the people and places their schools are named after, and continue to advocate for renaming schools that no longer represent their communities’ values and histories. Renaming schools is not an end in itself, but an important step towards telling more diverse and inclusive histories that better reflect our communities.