At the end of a year like no other, when asked what he learned from the COVID-19 pandemic, British Columbia Premier John Horgan starts with a very specific example.

“We didn’t know that we could change liquor laws over a weekend in the best interests of the economy and people without it being a multi-year process,” Horgan said.

In March, a week after the province ordered restaurants closed, the government announced on a Sunday they could sell alcohol with take-out or delivery of food.

The example may have been a bit of a poke at the previous BC Liberal government that drew out consultations and announcements on liquor law reform over years, but it’s also an illustration of the speed at which it turned out the government could move.

“What we didn’t know at the start of the year that we know now is the professional public service is very adaptable to emergency situations,” Horgan said.

Since the NDP formed government in 2017 the province has been through two record forest fire seasons and the 2018 floods, so Horgan knew it could respond to emergencies, but of course there had been nothing like the pandemic.

Luckily B.C.’s provincial health officer, Dr. Bonnie Henry, had experience with past pandemics, he said, crediting her guidance for B.C.’s relative success at containing the virus. “Good people in the right place can make a huge difference in outcomes.”

While there were areas where the government could have been nimbler, it quickly got support out to workers who had lost their jobs or seen drastic reductions in their incomes, people with disabilities and people on income assistance, Horgan said.

There was assistance for businesses in danger of being unable to pay their rents, a moratorium on evictions, and huge changes across the health and education systems.

Taken all together, in the months after the provincial budget was set in February the government added an extra $10 billion in spending. “Unheard of,” Horgan said. “The system operates on a yearly cycle that’s pretty formulaic.”

Normally there’s a process where proposals are gathered and taken to the treasury board before decisions are made, all part of a predictable and slow-moving process. “This year, all of that went out the window and the system responded by infusing dollars for people, businesses and communities in an unprecedented way,” Horgan said.

He acknowledged that there are gaps, that some people fall through the cracks, and there’s a constant need to amend criteria. “We’re trying to find ways to make things work, and I think most people don’t think of government that way, and I think they should, based on my experience over the last 12 months.”

That government can respond in ways that make a difference in people’s lives shouldn’t be remarkable, and yet it is thanks to the many examples of governments doing the opposite, elected officials who seem bent on demonstrating the system is broken or hopeless.

Sonia Furstenau, leader of the BC Green Party, drew a similar conclusion and argued that governments should apply what they’ve learned during the pandemic to other problems.

“We’ve learned that it is possible for governments to be largely driven by evidence in their decision-making,” she said. “We’ve seen the global community respond to this pandemic largely by putting health experts and scientists and epidemiologists at the forefront and moving us forward towards solutions with a kind of urgency that is unusual in government.”

And yet we fail to take that approach for other major issues like the opioid overdose crisis, inequality, housing and homelessness, and the climate, she said. 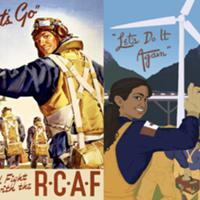 “All have significant impacts on people and on our society, and there is a lot of evidence and data informed approaches to solving these problems, and yet we continue to see a disappointing lack of urgency when it comes to these other crises,” Furstenau said.

“Governments have the potential. What we’re yet to see is if that potential can be realized on issues other than COVID.”

Does she think we can learn the lesson and apply it? “I hope so,” she said. “We need to.”

Tomorrow: The virus does discriminate.