[Editor’s note: As we look back on a year of living with COVID-19 in our midst, Tyee writers each day share ways in which the coronavirus defied their expectations about science, politics and human nature.]

Early in the West African Ebola outbreak in 2014, an angry mob attacked a treatment centre in Guinea run by Medicins Sans Frontieres. MSF was as startled as everyone else: why would people attack the very doctors who were trying to save them?

That wasn’t the only incident. All over the Ebola region — Guinea, Sierra Leone and Liberia — people refused to co-operate with doctors and nurses. People with Ebola symptoms were hidden by their families; if they did go to treatment centres, they sometimes escaped. Countless people said Ebola was a hoax, or a western plot to kill Africans.

Their hostility stemmed from two major factors, cultural and political. In many parts of Africa, funerals require the bathing, touching and kissing of the beloved deceased. Taking infected persons to a treatment centre, and then burying them untouched in a body bag, was an appalling indignity. But since an Ebola victim sheds the most virus at death, every ordinary funeral became a super-spreader event.

It was also clear that ordinary Africans were profoundly alienated from their ruling elites, distrusting them as sell-outs and racketeers. They saw no reason to trust their elites’ advice on Ebola, or on anything else.

The international response tried to adapt by recruiting medical anthropologists, and eventually the West African outbreak ended. But the same problems arose with later outbreaks in the Democratic Republic of the Congo, where the central government was already hated for its inability to suppress violent groups that had ravaged the northeast for 20 years. 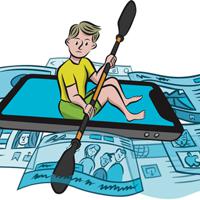 In Nerds We Trust

The COVID-19 pandemic has taught us that “advanced” nations can be just as anti-science as any other society, and for the same reasons. Especially in the U.S., the culture encourages a rigid championing of personal freedom regardless of the social consequences, and millions of North Americans and Europeans are politically alienated from their own ruling elites.

Until we address our own cultural and political problems, the medical science we’re so proud of will be as ineffective as it was in Africa. Yes, Ebola was eventually tamed, for now. But it will return, and the medical response will battle the same problems. And we ourselves will have to try to save people from the next pandemic who are certain it’s a hoax, or a conspiracy.