[Editor’s note: In December, Tyee contributing editor Crawford Kilian announced he’d spend 2019 exploring the public health issue of dementia from every angle, and asked readers to help by sharing insights, experiences, research and resources. This is the first in his occasional series.]

In 1900 a young Vienna doctor, Alois Alzheimer, met a woman in her 50s named Auguste Deter. She seemed to have lost much of her memory, and Alzheimer followed her case until she died in 1905. Then he autopsied her and made slides of slices of her brain tissue.

This was the first major breakthrough in a scientific quest not yet completed. Alzheimer found Deter’s brain cells laced with microscopic “plaques” and “tangles,” proteins that seemed to interfere with proper brain function. Miraculously, his slides survived and were rediscovered decades later, when they could be examined with more advanced techniques.

Even so, it wasn’t until the 1970s and ‘80s that “Alzheimer’s” was understood to be the major factor in dementias. That slowness reflects our cultural reluctance to recognize a disease even when we’re suffering from it.

Jay Ingram reveals this and much more in The End of Memory, his excellent, wide-ranging introduction to a complex subject. Ingram is a skilled science writer (he used to be host of CBC Radio’s Quirks & Quarks), and he can deal with complex technical issues in clear English. Here he gives us the history of dementia, what science has learned and the present state of the battle against it. And it is a battle, though we still have only an uncertain sense of the enemy.

Ingram tells us that dementia was understood even in ancient times, but because so few people lived to old age, it was assumed to be a routine consequence of long life. By the 18th century, Europeans who survived infancy had a better chance of living to 70, and therefore of experiencing dementia.

Around that time, Jonathan Swift, the great Irish satirist and essayist, brought a race of immortals into his Gulliver’s Travels: the Struldbruggs didn’t die, but they kept aging. Swift himself was likely in the early stages of dementia when he wrote about them. In 1745 he died, almost 80, after several years of increasing mental incapacity. He displayed some classical symptoms: he suffered a stroke, became quarrelsome with old friends and stopped speaking.

The brains of hundreds of nuns

The more we learn about dementia, the more confusing its causes can seem. Ingram discusses the Nun Study, in which 678 Catholic nuns agreed to be studied and to have their brains dissected after they died.

The study’s findings were baffling. Sister Mary, the first to be autopsied, had been of literally sound mind right up until her death at age 101 in 1993. But her brain cells were as riddled with plaques and tangles as Auguste Deter’s had been. Other nuns had been diagnosed with dementia but their brains were free of plaques and tangles.

This seems to support the well-known finding that well-educated people experience Alzheimer’s and other dementias far less than poorly educated people. But it’s not that simple: Sister Mary was not very well educated. And Iris Murdoch, a famously cerebral English novelist, lived with undiagnosed Alzheimer’s for over 20 years before her last novel’s poverty of vocabulary exposed her condition.

Ingram doesn’t pretend to understand these contradictions, but he offers some theories. “Brain reserve” is one: “a mysterious something that protects some individuals from dementia.” Education may boost brain reserve, enabling the well-schooled to fight off the attacks of plaques and tangles. (But Sister Mary! And Iris Murdoch!)

We also learn that some of our genes may control both early and late Alzheimer’s. Our eating habits, our weight and our physical activity all seem to influence our chances. People with Type 2 diabetes have double the risk of getting Alzheimer’s, and some scientists, Ingram says, “have made a powerful case — a revolutionary case — for thinking of Alzheimer’s as Type 3 diabetes. 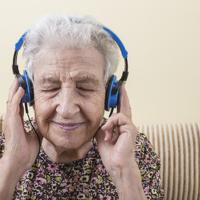 Should I Forget Who I Am, Play These Songs

Still, there remains much debate and many open questions in fields tackling dementia. Can we prevent or invite dementia by our lifestyle choices like food and exercise? Maybe. Are dementia rates actually falling? Maybe — or else people with dementia are just living longer. Does high IQ protect against dementia? Maybe — but maybe against only some kinds of dementia. India has low rates of dementia; could it be thanks to consuming lots of turmeric, or do Indians just expect old people to have dementia?

As soon as research seems to find a culprit (like aluminum cooking utensils), further research exonerates the culprit. Even in 2019, five years after Ingram published his book, experts are quarrelling about what the hell defines Alzheimer’s disease, as opposed to “Alzheimer’s clinical syndrome” and other forms of dementia.

Ingram doesn’t try to reduce a complex condition to simple ideas. If you or a loved one has been diagnosed with dementia, this book offers no false encouragement. But you will know what you are getting into, and you’ll know that a lot of people and organizations are doing their best to help.

And if you read this book to understand a growing public health problem, you will be better prepared to create the political pressure needed to push dementia care and research far beyond their present uncertainty.