We used to call it “second childhood,” and then “senility.” When most people died in their mid-60s, as they did in the mid-20th century, younger people shrugged it off as a minor concern.

Now we call it dementia, and when average Canadians live into their late 70s and early 80s, we still shrug it off — not because it doesn’t matter, but because it scares the daylights out of us.

Dementia isn’t precisely a disease. It’s a term for failing memory, fading cognition, a brain no longer up to basic daily tasks. Alzheimer’s, which is a disease, is the diagnosis given to more than three out of every five people with dementia symptoms.

The Canadian government says over 400,000 of us over age 65 live with dementia — 6.7 per cent of the 5.9 million Canadians of that age. Millions of us are personally affected by, and related to, persons with dementia. Worldwide, dementia cases have more than doubled, from 20 million in 1990, to 43 million in 2016.

Those numbers should make it a major public health crisis, and therefore a major political issue. The government says it’s spent $193 million since 2013 on research, and over 350 scientists are at work on the problem through the Canadian Consortium on Neurodegeneration in Aging.

That’s welcome news, but clearly not enough to deal with a problem likely to double by 2031. Instead, we leave the issue to a few advocacy groups like the Alzheimer Society, and hope we personally won’t need their support.

However good such groups may be, more — much more — clearly is needed. The Canadian Association for Retired Persons estimates over eight million of us provide informal care to friends or family members — most of them likely persons with dementia. When we call these people caregivers, let’s distinguish them from paid caregivers in our health and social welfare system. They are volunteers.

Over a million such caregivers are 65 or older, and almost half of caregivers between 45 and 64 are caring for both a parent and children.

Secret support saving the system up to $31 billion

According to CARP, “The economic value of caregivers is astounding. Caregivers who look after seniors save Canada’s healthcare system between $24 to $31 billion annually.” Put another way, non-paid caregivers are spending that much to look after their loved ones.

If Ottawa is paying only about $40 million a year on research, it’s barely paying attention. The government spends so little because it’s terrified of spending more.

It’s all Canadians can do in the present economic order to keep our families fed and housed and educated, while running up huge personal debt. If dementia were considered a social issue, we’d all have to pay for it. Politicians would have to impose the taxes to do real scientific research, train more professional caregivers, and create a host of costly programs and resources to ease the burden on family caregivers.

The issue is social and shared

So we’re mistakenly treating dementia as a personal problem, especially for the spouse or child giving care to the person with dementia. If you Google “books on dementia,” you’ll see most are about the plight of the caregiver, not the patient. Most of the books on caregiving are feel-good pep talks on “creating moments of joy” and how to get through the bad days. Those with dementia get colouring books and books with photos from the 1950s.

And if you create a Google Alert for “dementia,” your mailbox will soon fill up with stories on saving yourself. This just in as I write: a small daily glass of orange juice will cut your chances of developing dementia by 50 per cent (if you’re a middle-aged man).

This is not a breakthrough, just another “new hope for the dead” story the media love to run. If you click through to read it, you’ll also run into an ad for the “five best herbs for dementia.” Public anxiety about a real threat has created a market for private snake-oil salvation.

The antidote to such anxiety is to share solid information, as well as support, in ways that pull out of isolation each lonely member of the vast, hidden “dementia nation.”

Help in this group project

To that end, The Tyee has asked me to write a series of articles on dementia in the new year, and so today I am inviting readers to help by sharing angles, expert voices, and insights hard won through experience. Send emails to info (at) thetyee (dot) ca with “dementia” in the subject line. 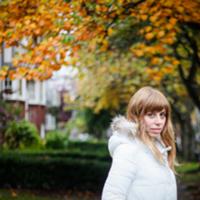 In BC, Caregiving Takes Toll on Finances, Career, Health

In the meantime, I aim to try and identify the most promising research and the best practices for dealing with this complex and growing problem: what do we know about the brain?

What do we know about lifestyle factors that affect our chances of dementia?

How tightly woven is the social safety net for dementia cases and their caregivers, and how might we improve it?

And since caregivers and dementia cases themselves have become experts in this subject, who among them are writing most clearly and usefully on their experiences, and how can we learn from them?

The great 19th century German physician and politician, Dr. Rudolf Virchow, famously observed, “Medicine is a social science, and politics is nothing else but medicine on a large scale.” Dementia is a public health issue, and politics must address it on a very large scale indeed.