The decision by the City of Victoria to remove a statue of Sir John A. Macdonald from in front of City Hall has sparked much discussion about whether statues and other commemorations of historical figures should be removed or replaced.

This is not the first time a statue of Macdonald has caught the attention of Indigenous people.

For many Canadians, there is a fear that removing statues or changing names of buildings will erase the country’s history. Others charge that we cannot judge a historical person’s actions based on contemporary standards. Some say that to attach the word racist or genocide to Macdonald is simply scapegoating for past misdeeds.

But even by historical standards, a story by Rachel Décoste in the Huffington Post shows that Macdonald was “way more racist than his contemporaries.”

Many have justified removing Macdonald’s statue because of the residential schools that were implemented under his watch. Though those schools have had a tremendous long-term negative impact on First Nations people, it was only one of many policies that negatively impact First Nations and Métis people.

For example, while Macdonald was prime minister, the Métis were attacked twice, the Canadian army led an unprovoked attack against Chief Poundmaker’s people, many First Nations and Métis leaders were jailed (with a number of them dying in jail or shortly after they were released), Louis Riel was hanged for treason even though he was an American citizen and the largest mass execution in Canadian history occurred with the hanging of eight Cree and Assiniboine men in North Battleford, Sask. The Indian Act was amended and became much more oppressive and punitive and a starvation policy was implemented.

Though the starvation policy has received some attention after James Daschuk published Clearing The Plains: Disease, Politics of Starvation, and The Loss of Aboriginal Life, few Canadians see this as a genocide inflicted on First Nations and Métis people.

Macdonald implemented the recommendation of Edgar Dewdney to close Fort Walsh, located in the Cypress Hills in southwestern Saskatchewan, as a means to assert control over First Nations and Métis people, removing Indigenous people from the area in which the Canadian Pacific Railway would be travelling.

At the time, thousands of First Nations and Métis were living in the region and depended on the food rations that were offered at the fort. The government knew that the food rations were needed because starvation was rampant.

The result of the starvation policy decision resulted in many deaths. Historians have not yet done a good job of finding out how many Indigenous people died, but Cowessess First Nation demonstrated that this policy led to the deaths of 320, or 33 per cent of its band members. 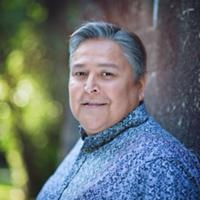 21 Things This Book Can Tell You about the Indian Act

Cowessess was just one band of many who were in the Cypress Hills and directly impacted by this genocide. However, as I recently wrote in Historians and Indigenous Genocide in Saskatchewan, “The genocide that took place in the 1880s in Saskatchewan has been erased from the provincial and national historical consciousness.”

Brenda Macdougall, a University of Ottawa professor, recently wrote about the issue of renaming historical sites and spoke about assessing historical figures in a contemporary context.

“Why are we so threatened by the act of renaming? The argument that we are ‘erasing’ history doesn’t wash,” she wrote. “History doesn’t happen in a vacuum, it is not a set of ‘objective’ facts that frame a natural or organic story... the idea that we can’t hold historical figures to contemporary moral/values is just wrong. We select people to honour based on our contemporary or living values, not those held by those figures of the past and their society. To argue this position ignores the reality that there are always conflicting values, present and past.”

To associate removing statues or other commemorations with erasing history is flawed. Most statues are erected to commemorate or pay tribute to a person, people or event.

Certainly, the statues of John A. Macdonald serve this purpose. Yet even though there are many statues of Macdonald, the fact that so few Canadians know the history of his genocidal policies inflicted on First Nations and Métis people speaks to how statues and commemorations can act to actually erase history.

Perpetrators of genocide should never be forgotten, but they should not be celebrated either.