Yes, it rains a lot here.

But fresh water is still a precious and delicate resource in British Columbia. The laws and regulations that protect it and regulate its use affect almost every aspect of life in the province.

The POLIS Water Sustainability Project, based at the University of Victoria, is focused on ensuring strong protection for sustainable fresh water, a “think-and-do” tank.

“Water is an absolute priority,” says Oliver Brandes, co-director of the POLIS Project on Ecological Governance and project lead for the POLIS Water Sustainability Project.

“Anybody, I would challenge them, name me something you think is important, whether you think it’s the economy, or local livability, or food systems, or good health — all of it ties back to water. So as a society we better get our water management and water governance right. The stakes are high.”

Brandes and his team were instrumental in getting the B.C. Water Sustainability Act revamped in 2016. They contributed research and helped build the commitment to rewrite the legislation. And they are still working to flesh out the regulations.

The Real Estate Foundation of BC recently recognized this work with a Water and Food Systems Land Award.

The need to protect water isn’t obvious to everyone. So a lot of the efforts of the POLIS Water Sustainability Project are focused on generating public interest to activate political will.

“It’s a political decision, ultimately, whether you’re going to update an act or not. So we’re helping generate the kind of attention that water is a priority and that we could do better, all the way through working through some of the nitty gritty details,” Brandes says.

The project contributed research before the act passed and continues to produce research and engage stakeholders as the regulations are developed.

“The previous B.C. Water Act was over 100 years old, so this is an important opportunity to get it right, now,” says POLIS Water Sustainability Project communications director Laura Brandes. “We’re trying to make this law as strong and robust as it can be.”

One key aspect is legal protections to make sure water is available for habitat, ecosystems, drinking water and agriculture, with a plan to adapt to periods of flood or drought.

This is a major change in the new Water Sustainability Act.

“Now there’s a requirement to do an environmental flow assessment to make sure you’re not taking the last drops,” Oliver Brandes says. Some permits have already been denied where they previously would have gone through, he said.

“There’s a bunch of pieces of the pie,” Laura Brandes says. “How can we make sure the flow in the river is at an appropriate level so the ecosystem stays strong and healthy, and we aren’t overdrawing from the river? How can we put into legislation that we are aware of all these different needs?”

A large part of the Water Sustainability Project’s focus is governance structures — looking at the who, what and how of decision-making, and what holds decision-makers accountable.

The goal, Oliver Brandes says, is to have collaborative decision-making. “I think it’s very important to recognize that water fundamentally is a shared responsibility and a shared authority,” he says. “Meaning it isn’t just one level of government, it isn’t just local government or the province or the feds or Indigenous government. All levels of government have a role and a responsibility in getting the policies, the laws, the institutions right, and it’s critically important.”

A pilot co-governance project started in March between the five Nicola First Nations bands and the provincial government is one example of shared leadership that the Water Sustainability Project supported. It advised on the agreement and helped negotiate terms of the pilot.

“The overarching goal has to do with sustainable management and improved health in the Nicola,” Laura Brandes says. “Co-governance here has Crown government and Indigenous government working together to make decisions. Historically it’s often been Crown government kind of having a say and First Nation governments not necessarily having a voice at the table. This partnership is an important step towards reconciliation and ensuring First Nations, as well as the province, have a voice at the table.”

Collaborative governance seems to be in the DNA at POLIS, where they actively work at involving a wide network of decision-makers, academics and on-the-ground organizations to understand the needs around water protection and management. 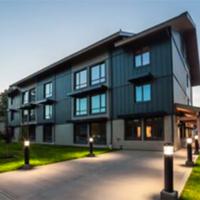 Charting the Path to Emission-Free Buildings in BC

Oliver Brandes started out with the POLIS project fresh out of law school, thinking it would occupy him for a couple of years. That was 15 years ago. The importance of water sustainability has only increased.

Attention has increased too, but not enough.

“I think the biggest fundamental threat is our own indifference,” he says. “Most people in cities, we turn on the tap and the water is there, and we don’t think much about it. But as soon as you face a crisis, like a drought or where water is contaminated, we suddenly realize how unbelievably critical it is.”

Along with shared governance is a need for long-term thinking about water.

“Water objectives allow decision-makers to think more than just about allocating water like a commodity, but to ensure that its part of a whole system,” Oliver Brandes says. “Most of the best ways to deal with it are not in a crisis response way. It is unbelievably expensive to deal with things once they’ve gone wrong.”