A year ago this month, world-famous whistleblower Edward Snowden issued a warning to Canada. Via livestream, he told us our country has one of the weakest spy oversight frameworks among western intelligence agencies around the world. 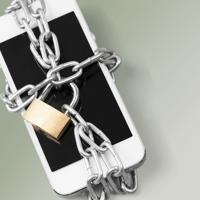 Meanwhile, journalists have been covering security issues with renewed vigilance, and civil liberties organizations have found new support from the public. Corporations, embarrassed by revelations that they co-operated with security agencies to sell out their customers' privacy, have tried to rebuild their reputations with public statements and new privacy measures.

Simon Fraser University communications professor Catherine Murray has studied these shifts since Snowden's warning to Canada, and sees big data as an opportunity for journalists and civil liberties organizations to push back against spy powers. Her talk on mobilizing data in democratic discourse is part of the same lecture series that brings Snowden via web-link to a sold-out Queen Elizabeth Theatre crowd in Vancouver April 5.

Edward Snowden will join Metro Vancouverites live via web-link for a conversation about the power, promise and peril of big data on April 5.

This event sold out within 24 hours of tickets going on sale, but The Tyee has snagged 20 pairs to give away to a few lucky readers. Enter here.

Ahead of these speaking events, The Tyee asked Murray about what shape spy oversight and privacy reform might take in Canada, and how journalists' treatment of security has changed since Snowden's historic revelations.

The Tyee: What did Edward Snowden's leaks in 2013 reveal about Canadian spying activity?

Catherine Murray: It seems to me that the Levitation program, [and] Canada's spy program, saw the light of day because of him. I think that we began to realize how implicated Canada was in the Five Eyes, and how [Canadians are] subject to U.S. security spying. I think it was this release that led to the growing public opposition to security laws, and really, the fight over C-30, notwithstanding C-51, which was the most recent law on security... I think the opposition to C-51 played at least one part in the defeat of the Conservative party. It's a really pivotal moment in information policy and Canadian privacy rights, and I think he really is a remarkable hero for that.

Trudeau supported C-51 in Parliament -- why was he not punished like Harper?

He supported C-51, but he acknowledged that he would fix the oversight. He said he was going to look at how Parliament would have oversight of the security parameters for search and seizure. It's the bulk surveillance that's being challenged at the heart, and warrantless access. Those are the two issues that are at the heart of the balance between what we would say would be terrorist/criminal behavior and the right to privacy and freedom of expression.

A year ago, Snowden said Canada has among the weakest spying oversight in the western world. Do you see any changes on the horizon?

Among the weakest, definitely. I think there's growing awareness. I think there's a very strong movement here in British Columbia to reform C-51 and establish oversight. I think there's a growing demand for a new digital privacy act that has stronger fines and enforcement and empowers the privacy commissioner, more like the Federal Trade Commission in the U.S. I see some hopeful signs, but not enough. And that's partly why we're having Snowden in, to trigger the debates in the future.

What shape would you like to see those debates take?

I'm hoping the [April 5] event will address what's happening on the private sector side, in big data, where Edward Snowden's own views seem to be evolving. His perspective seems to be very much like the very famous inventor of the Internet, Tim Berners-Lee, that we need a new charter of rights for the digital citizen. If so, what is it? I think we're under-theorizing that right now, and I'm very intrigued to see what directions that may take.

And finally, I want to cast the spotlight not only on the state and security surveillance but also commercial surveillance, and essentially the restraints on big government, and big corporate interests.

Big tech companies have made bold statements, like Apple's recent refusal to bow to pressure from the FBI. Does this reflect what is actually happening behind the scenes in how they deal with their governments?

I can't speculate on what's happening behind closed doors. What I can say is this: the major companies -- Google, Apple, Twitter, Facebook, all of them -- were profoundly embarrassed by the revelations in the Snowden papers. They were complying with a whole number of warrantless access requests from the government with absolutely no public reporting or anything else like that. And clearly very large companies like Google have actually made a whole lot of concessions, for example in China and a number of other countries in their operations as well.

I think that they were, if you like, held up to public scrutiny for the very first time, probably trying to repair their reputations, trying to push back against the state, and so right at the moment we have this stalemate, this sort of Manichaean choice between the FBI and Apple's stated protection of their encryption. It's really unfortunate because it really just polarizes two big giants, and once again I think the consumers and citizens are being left behind.

I think we do need to pass a digital privacy act, with much stronger protections. I think we need more class action suits, contesting the unauthorized, commercialized use of personal data. I don't think notice and consent provisions, which are the kinds of standards in the United States and Canada, are nearly strong enough.

I do believe you need a system of mutual trust, so I'm looking for forms of accreditation and compliance in Canada. I think a number of academics, activists and citizens would like to see a lot more transparency. I'm very high on the work that's being done at Queen's and the University of Victoria by two scholars, David Lyon and Colin Bennett.

The BC Civil Liberties Association has been extremely vigilant, and I hope will continue to be. I'm also very high on the work that's being done out of the University of Toronto Citizen Lab. Andrew Clement and Jonathan Obar have done a fantastic review of compliance for our major telcos and cell providers and so on about the degree to which they inform citizens about their rights and uphold their privacy obligations, and have given them all a failing grade -- so I think we have a lot of work to do.

What would you like to see from the new parliamentary committee charged with spying oversight?

How has journalists' treatment of security issues and policy changed since the Snowden revelations?

Oh wow, there's a huge challenge ahead. Journalists, and in particular data journalists, have a fantastic public trust to carry in this, and I'm really intrigued by how that's evolving. We have Chad Skelton, and he's one of the lecturers talking about how journalists can continue to mobilize data in the public interest.

I think the Canadian Journalists for Free Expression has actually gotten the Snowden papers, and has an archive in Toronto. I'm hoping that Canadian civil liberties lawyers, privacy advocates and citizens' groups can take a role in the global fight, I suppose, to seek some avenue for justice for Edward Snowden himself.

The European parliament passed a motion applauding him for his contribution for the protection to civil liberties, and for changing the discourse. No country has yet stepped forward to award him safe asylum. He has said that he's prepared to go and stand trial in the United States. I think if Bernie Sanders had won that might have been a possible outcome, but certainly civil liberties in the United States are working to find some mechanism to give him a fair trial.

I would argue that we have to have journalists push strongly for more whistleblower protections. For everything to do with cybercrime, cybersecurity, all these kinds of issues.

Edward Snowden will join Metro Vancouverites live via web-link for a conversation about the power, promise and peril of big data on April 5.

This event sold out within 24 hours of tickets going on sale, but The Tyee has snagged 20 pairs to give away to a few lucky readers. Enter here.