[Editor’s note: What do Canadians need to push back against mass government surveillance? According to Edward Snowden, it's direct access to the facts -- not facts that are relayed through newspaper or media accounts, but through original documents. Snowden, the world’s most famous whistleblower, participated in a livestream Q&A this morning, hosted by the Canadian Journalists for Free Expression, as part of the release of the Snowden Archive, Canada's first searchable database of classified documents on global surveillance programs made publicly available by Snowden. In a wide-ranging discussion, he addressed the impact of his leak on governments and the governed, and offered his thoughts on Canada's new anti-terror legislation, Bill C-51. Below is an unofficial transcript of his opening remarks. Video in full above.]

"When [the NSA leak] first happened, I thought this was going to be kind of a three-day story, and everybody was going to move on, nobody was really going to care. But we've seen that this matters a lot to people. When we talk about mass surveillance, when we talk about the un-targeted collection of data about millions of individuals, whether domestically within your country, or around the world, this really changes the relationship between the government and the people that it governs, and other people, foreign people, with whom it has relations. 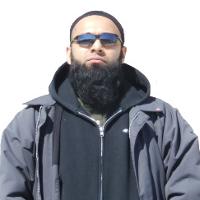 "Increasingly we're seeing pushback from the government, where they say, we've become accustomed to a certain level of secrecy, we've become accustomed to a certain level of hands-off from the public when it comes to how we exercise our programs and our powers, how we fund these things, how we target them, who we're going after, even when these operations are happening within our country, and even when they may be happening -- not necessarily in all cases illegally, sometimes a government goes, we didn't break a specific prohibition on the books against this, but we did go outside the law, there was no statutory authorization in the first place, for instance -- but they say trust us, trust us, we're doing this for good reason, we doing this for the right reasons, and in many cases that's true, they're trying to do this for a just cause, they're going after dangerous people.

"But other times we see large portions of society that get caught up in the net. We get kind of all brushed together; our information, our private records are being stolen as they cross the lines, as they cross the Internet, and aggregated in databases. They'll say in some cases it's 'just meta-data,' but we know from the former director of the National Security Agency that there's no such thing as 'just meta-data.' He said we use meta-data to kill people, and it's true, that's how we target hellfire missiles. We send them at the cell-phones -- we don't know who's holding the cell-phones, because we don't care about the content. We care about the meta-data.

"When we talk about this in the context of Canada and why it's relevant to your particular conversations today, we've got the C-51 bill being bandied about. I'm not going to weigh in on whether this is a good bill or a bad bill, because that's a conversation for Canadians to have. But something that we can see when we look at all of the conversations happening around the world today is that Canadian intelligence has one of the weakest oversight frameworks out of any western intelligence agency in the world. And when they're trying to expand their powers, it's pretty amazing that we have the Canadian government trying to block the testimony of former prime ministers who've had access to classified information, who understand the value of these programs, and who are warning the public broadly and saying this is something we really need to talk about, this is something we really need to debate, this is something we really need to be careful about.

"And yet these policymakers, these analysts, all of these people who are trying to debate the value of these programs, they have no access to the facts. They can point to newspaper articles which are great material, great references, but you ultimately need to go to documents, you need to be able to confront the government and say, well, you say this is not the case, but we have a document here with your agency's logo on it saying that information about Canadians is being collected in Canada on a mass and un-targeted basis. At the same time you're doing this, you're saying you want to expand the ways this information can be used. You want to expand who can be targeted within these data sets, you want to expand who can be detained.

"These are necessarily conversations of public interest. They need to be decided, debated, and the decisions ultimately determined not just by representatives of the public, not just by elected officials -- although they clearly have an important role -- but by the people who ultimately have to live with these programs and under their scrutiny. And that's the people in this room, that's the people in universities across the country, and that's average people going about their daily lives who don't want to have to deal with getting down into the minutiae of political movements, political motions, these sort of policy debates. They just want to be able to look at what they want to do in their lives, and pursue that in a free and fair way, and that can only happen in liberal societies if we have liberal access to the facts."