When Simon Pearson-Roach opened his Vancouver business in the summer of 2015, he knew a storefront was out of the question. 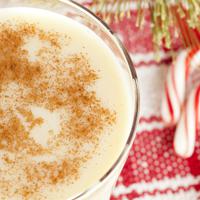 "There was just no point," he recalls. "It's hard to get investment for storefronts, because rent in this city is so unbelievable.... No small business owner in my position, opening a business on fairly limited funds, could afford it."

Enter to win one of ten amazing prizes worth almost $4,000.

· A Luxury Gift Basket and $50 Gift certificate from SPUD.com

Ready to enter? Get going here.

Instead, his business, Picnix -- which just wrapped up a successful season delivering six-course, on-demand picnic meals to customers in English Bay and Stanley Park -- went in a different direction, one of a small (but growing) number of local companies expanding beyond a traditional brick-and-mortar operation in favour of taking their ventures online.

"There's an increasing number of businesses going online, particularly in the grocery category, as well as books and entertainment," notes Amy Robinson, founder of local business alliance LOCO BC. "Businesses have to learn to capture that online spending. Because going forward, it's going to represent such a huge portion of retail sales."

Today marks the biggest online shopping day of the year and the beginning of Buy Local Week -- presenting both challenge and opportunity to small business across the country. From one-of-a-kind thrift shops displaying finds on Instagram to the local experiences delivered by companies like Picnix, Robinson maintains innovative digital paths abound.

"It doesn't have to cost a lot of money," she says. "There are a lot of options if you want to get started, without having to pay developers and service providers."

When it comes to online presence, local ventures like Picnix are still something of an anomaly in Canada. Generally speaking, a recent Vancity study found 61 per cent of Canadian businesses have no online presence whatsoever. And this oversight is proving costly. In 2015, B.C.'s brick-and-mortar operations are set to lose an estimated $1.6 billion to online sales -- much of that to major American companies with no local infrastructure at all.

At the same time, online sales in Canada are expected to increase by more than 50 per cent over the next five years, with British Columbians -- the country's most prolific online shoppers -- set to lead the charge.

"It's a good time to start developing a digital presence if you don't have one," notes Christine Bergeron, Vancity's VP of community business. Though brick-and-mortar stores and online retail can seem like vastly different business models, Bergeron explains that the two worlds are surprisingly intertwined. "A lot of people go online to do research, and then go into stores to buy something. Or, they go into a store to look around, and then purchase online," she explains. "For businesses to be able to blend the two is something that's really important right now." 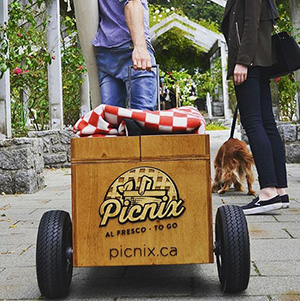 According to a recent study conducted by LOCO BC, 69 per cent of consumers cited Canadian ownership as the most important attribute they look for in a shopping experience, with close to 50 per cent preferring to buy from a business within their home province. Yet, currently, $2 of every $3 spent online goes to a U.S. website. And with online sales numbers projected to double by 2019, the need for local businesses to develop a robust digital presence is quickly transforming from a matter of convenience to one of survival.

"Almost all of the businesses we surveyed are spending less than $100 a year on advertising," notes LOCO's Robinson. "And that's definitely got to change. Offline, most local businesses are depending on word-of-mouth. But online, it's a different world: paying for Google AdWords, and Facebook posts.

"Consumers we surveyed are saying that they value local business. They want to buy local. They're definitely looking for local. They're just not finding it online."

Where small-scale businesses once shunned the web, next-generation startups are making the internet local. Rather than attempting to compete with global giants like Amazon, local entrepreneurs like Simon have responded by getting creative, building on-demand, digital businesses that don't merely sell goods -- they sell an experience.

For its part, the Picnix experience is about as hyper-local as it gets; all the food is sustainable and locally-sourced. The custom wagons (which fold out into tables) were designed and built in a shop on the Downtown Eastside, with help from Portland Hotel Society's Craig Sinclair. Pearson-Roach's mother (a local cheesemaker) provides the cheese, and his sister Elyse bakes the cheesecake desserts.

"All of this has been done on the cheap," he notes. "I did all the finishing, and did all the branding, and the final touches and painting and all that in the rec room of my apartment. It's been a hell of a challenge."

For Pearson-Roach, the strategy appears to be working. Not only did Picnix pay off its loans in its first season, but it's even slated for an expansion, which will include hand-held baskets, more meal options, and a new commissary space on Denman and Davie. Response from customers and the public has also been overwhelmingly positive. In fact, he explains, that response quickly became a marketing tool in its own right.

"People were really curious when they saw the units out around English Bay," he recalls. "'What is this? Where did you get that?' I don't think people have seen anything like them before."

If it all goes well, there's talk of further expansion; storefront locations, franchise agreements, and pop-up shops further down the West Coast. Despite the challenges to come (he still expects to pull double shifts during the 2016 season, working days at Picnix, and nights as a server at Vancouver's Forage restaurant), Simon is one of a growing number of business owners challenging global problems with local solutions. And as digital competition continues to change the marketplace, other local businesses are slowly beginning to follow suit, finding creative ways to thrive.

"Just like if you owned a small business, and suddenly a big-box store moved in down the street, you'd have to rethink what your offering was," muses Bergeron. "If you want to keep the storefront, it's going to be a matter of having a compelling reason for people to come into your store. Or, it might go beyond the products, and be about whatever other competitive aspects you can bring in."

The permutations are virtually endless: some, like Archimallows, have opted for a multichannel approach, featuring events, online sales, and short-term pop-up shops throughout the year. Others ply their trade exclusively offline, at farmers markets, or festivals like Portobello West. Still others enter into creative business partnerships, combining retail with wholesale, sharing shop space with other businesses, or selling their wares in communal storefronts like the Window Community Art Shop.

"It's about trying to reinvent with a new variable in play," Bergeron concludes. "And it's a variable that's not going away."