CONTEST: Win a Pass to Day One of FUEL

Social innovators from around the world gathered in Vancouver this week to discuss one of the most celebrated B.C. examples of creative policy-making: the "four pillars" approach to drug addiction, which balances harm reduction, prevention, treatment and enforcement. 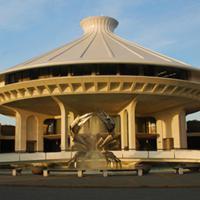 But the fact the groundbreaking treatment model has scarcely expanded to the rest of Canada -- or even much beyond Vancouver's Downtown Eastside -- has two leading thinkers calling for new thinking and bold strategies to deal with drug addiction.

"For 40 years, there's been one overall approach characterized by prohibition, interdiction and incarceration -- the approach called the 'War on Drugs,'" said Adam Kahane, author of Solving Tough Problems: An Open Way of Talking, Listening, and Creating New Realities. "It's been tried over and over with great single-mindedness and not much deviation permitted. But it's not working: addiction is up, violence is up, the prison population is up.

Worldwide advocates seeking solutions to the problem of drug addiction often look to the pioneering work of Donald MacPherson. The Simon Fraser University adjunct professor and director of the Canadian Drug Policy Coalition has studied and promoted the harm reduction model for decades.

That's why he was asked to discuss his ideas with a global audience at Social Innovation Week. "Interest in harm reduction is phenomenal right now, in terms of people's interest in what Insite has achieved," MacPherson explained. 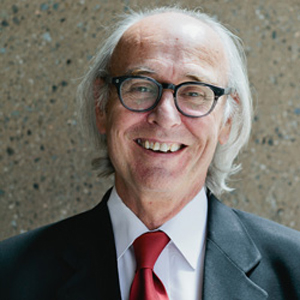 Among MacPherson's prescriptions: Anti-overdose kits should also be widely available, the testing of street drugs for safety should be improved, and successful heroin prescription programs should be expanded beyond their trial stage, he said.

Beyond that, MacPherson would like to see the decriminalization of all drugs and a much wider understanding of drug use as a public health issue, not one of law and order.

Kahane sees a way forward in addressing drug abuse using what he calls the "scenario method" approach. This involves exploring alternative scenarios through which we can view complex social problems.

He learned the method in the 1980s while working for Royal Dutch Shell in London, U.K. During his tenure, Kahane became involved in the oil multinational's efforts to plan for post-apartheid South Africa with unions, politicians and business. (Shell also faced a global boycott campaign and eventually lawsuits over its continuing presence in apartheid South Africa.)

In the decades since, Kahane has similarly problem-solved through his social enterprise firm, Reos Partners. On its website, the company boasts its approach to society's most complex problems is "systemic, creative, and participative." It caught the attention of Colombia's President Juan Manuel Santos Calderón, whose country is a major frontline of the global War on Drugs.

One year ago, in May 2013, Reos was contracted to facilitate a high-level drug policy meeting in Panama under the banner "Scenarios for the Drug Problem in the Americas 2013-2025."

"Our insistence that drug prohibition protects our citizens is killing their citizens. And our refusal to try alternative approaches is fuelling the War on Drugs there."

The traditional view that drugs are purely a legal problem requiring policing and prisons is only one of a number of possible ways of thinking about the thorny problems of addiction, crime, drug production and trafficking.

Kahane suggests an alternative four pillars approach under the words "together," "pathways," "resilience," and "disruption." He likens this to creating different sets of eyeglasses to view the same landscape, and switching between them to get a more complete picture.

The first, "together," sees drug policy through the lens of public safety, and examines new ways of tackling organized crime's grip on the global drug trade. In this scenario, security and safety become the primary focus, not the drugs themselves.

Another way of thinking about drug policy is through the lens Kahane calls "pathways," which sees drugs as mainly a problem of government regulations. 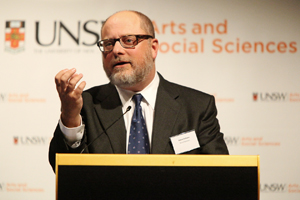 Global problem-solver Adam Kahane: A crime-and-punishment approach to drug addiction has 'been tried over and over with great single-mindedness.'

"How do you regulate substances that people want, but have all kinds of harmful characteristics? That's not a security problem, it's a legal problem." Kahane said.

"So the answer there is to try out different legal regimes. That's a lot of what's happening now, not in Canada necessarily, but in U.S. with these radically new approaches in Colorado and Washington. Of course, there's a security dimension, but it's essentially a problem where we need to find different ways of organizing this activity, like we manage other activities like alcohol or tobacco."

The third lens Kahane calls "resilience." This health-based approach to drugs, he said, is the basis for Vancouver's celebrated (and elsewhere, controversial) harm reduction experiment. Under this model, drugs should be addressed through community-based public health interventions.

MacPherson said that even though Canada has been slow to adopt Vancouver's success with this approach, there's blossoming interest in public health experimentation south of the border.

"The rhetoric has moved, especially in the U.S.," MacPherson said. "There's more and more support for a kind of Insite intervention that's beginning to go hand-in-hand with the growing consideration in this hemisphere that the criminalization of people who use drugs is counterproductive and needs to stop."

In Kahane's final scenario, "disruption," the problem of drugs is seen as one of equity. This is an aspect of the drug war that is barely addressed in North America, but in transit countries such as Central America, it's paramount.

"What this really is about is a problem of international fairness," Kahane explains. "The drug consumers are primarily in big countries like the U.S., Canada and Brazil, but the people who are dying are mostly in the transit countries: Guatemala, Honduras and Mexico. That's simply a situation that is unbearable."

From stalled to unstuck

One of the key organizers behind Social Innovation Week is Al Etmanski, founder of BC Partners for Social Impact.

He said that Vancouver's success in experimenting with and implementing new approaches to the drug problem is one great reason to host the events here, where innovation thrives across a number of sectors.

"Social innovation becomes a way to take a fresh look at how we solve these problems. They're tougher than we thought, and everything we throw at them doesn't seem to work," he said.

"For us, (Social Innovation Week) has become an amazing opportunity to explore and to pursue solutions that can address the source of the problems, not just dealing with their effects."

For MacPherson and Kahane, the drug reform movement could use an injection of innovation right now.

"What I'm hoping for, from the social innovation field and from our week in Vancouver, is this idea that we are going to have to try out other ways of doing things," Kahane said.

"It's not like me sitting in my living room or in a meeting room can figure out the answer to everything. We've got to create spaces for people to experiment and try different approaches -- and find a way forward."