CONTEST: Win a Pass to Day One of FUEL

The province is seeing a "renaissance of problem solving" when it comes to some seemingly intractable social challenges like poverty, social isolation, homelessness and injustice, boasts Al Etmanski of BC Partners for Social Impact. 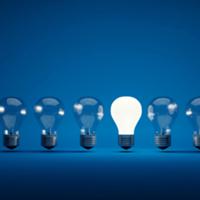 And with an array of "social innovators" from around the world converging in Vancouver later this month for Social Innovation Week -- part of a country-wide effort -- the author, activist and entrepreneur hopes to bring the concept to life for the public.

But what exactly is "social innovation?"

For Etmanski, the idea is to look beyond already-attempted solutions to today's big problems, and instead try new approaches and ways of thinking about their root causes.

One example he cites is around Canada's drug laws. Vancouver is home to some of North America's pioneering projects based on the philosophy of the "four pillars," an approach to drug use based on evidence, harm reduction, inclusion and human rights.

Two of the guests being paired up to speak at the week of events include leading drug reform advocate Donald MacPherson and Adam Kahane, author of Solving Tough Problems: An Open Way of Talking, Listening, and Creating New Realities.

Kahane has proposed fixes to the "drug problem" that require us to start telling "new stories... radical alternatives to the current dominant one."

For instance, talking about drugs through the language of "resilience" paints a picture of drug abuse as a "manifestation and magnifier of underlying social and economic dysfunctions that lead to violence and addiction."

Under this storyline, strengthening communities and bolstering health, education and employment become key solutions to drug abuse, instead of focusing on policing, jails or stigma.

The challenges of our time are complex, Etmanski continues, and that's why we need to take a new approach in solving them.

"We've realized that no one sector or organization can solve these problems," he says. "How do we harness it all so we can tackle challenges the average person just scratches their head about? That's the promise of social innovation."

Social innovation can be applied to education, too. At one of the week's sessions, concrete examples of new teaching and learning approaches will be discussed by Cheryl Rose, of Haida Gwaii's upcoming Social Innovation master's program, and Vicky Colbert, winner of the WISE prize, considered by many to be the Nobel Prize of education.

Another big-name guest for the week is Geoff Mulgan, who served as former British prime minister Tony Blair's policy and strategy director and is now the chief executive of the U.K. charity National Endowment for Science Technology and the Arts. In Vancouver, he's slated to talk about the emerging idea of equity and responsibility from one generation to the next.

Yet another visitor from the U.K. is the director of the Calouste Gulbenkian Foundation, a Portugal-based fund that encourages "cross-border exchanges" of people's experiences in the hope of improving the well-being of society's most vulnerable.

The week of events, hosted by BC Partners for Social Impact, culminates with Connect Vancouver on May 30.

For a complete sharable listing, please visit this page.

All Connect Vancouver events on May 30 are free.

Bring Your Boomers: The Power of Culture
Date: May 28, 8:30 to 10 p.m.
Location: Backstage Lounge, Granville Island
Click here to learn more and reserve your FREE spot.

FUEL: the Future of Urbanity, the Environment & our Lifestyle
Dates: May 29 to 30
Locations: Vancouver Playhouse and Museum of Vancouver
Click here to learn more and register.

This free day-long festival will bring together Vancouver citizens and innovators with social change champions from around the world.

Connect Vancouver is made up of two parts:

Connect Vancouver Afternoon: From 1 to 6 p.m. join the Ideas Jam, featuring concurrent sessions with Table Talks and Social Change Exchange
Connect Vancouver Evening: From 6 p.m. on, get outside to the Urban Outdoor Festival in Vanier Park.
Click here to learn more and reserve your FREE spot.

Organized by Gen Why Media and Social Innovation Generation, the family-oriented day of events includes an "Ideas Jam" of conversations around topics like art, sustainability, and belonging, and ends with an urban outdoor festival to celebrate Vancouver's innovative vibe.

A mix of 15-minute presentations from international trailblazers will show off social innovation initiatives already happening on the ground, around the world.

Another aspect of the day is "table talks," where participants can contribute their own creative approaches to issues like generational equality, schools, or business.

One of the key thinkers facilitating a table talk is professor Paul Kershaw, who argues that unequal government investments in generations creates long-term pressures on those under 45, a bracket he calls "generation squeeze."

Another table talk facilitator is artist and producer Judith Marcuse, whose interdisciplinary youth project EARTH=home, which brought younger voices to bear on environmental degradation, toured across the country.

The outdoor festival closing out the week takes place outside the Museum of Vancouver, and features robotic sculptures, food trucks, First Nations drumming and dancing, and J.B. MacKinnon's Re-wilding artwork.

"We've been looking at new approaches to social change for a while now," says Tara Mahoney, cofounder of Gen Why, a production company that uses media, event and public art to encourage civic engagement.

"One of the things where we saw some lack was in how social innovation relates to the public -- it can be this insular discourse that doesn't have a lot of real-world relatability. The issues overlap with each other, but are often siloed."

But there are a number of local social innovation successes already, Mahoney points out. It was not so long ago, for example, that food trucks were stalled by health and safety concerns. Now, thanks to some creative convincing, regulations have adapted to allow Vancouver's array of mobile eateries to flourish.

Another popular catchphrase among the innovators behind the week of events is "social enterprise," a growing sector in B.C. that merges the mandate and purpose of non-government organizations with business world practices.

Etmanski is currently co-chair of the B.C. Government's Advisory Council on Social Entrepreneurship. He sees social enterprise as a way for traditional nonprofits to expand their sources of revenue to do the mission they set out to do.

According to a 2013 B.C. government release, a social enterprise is a "business driven by a social or environmental purpose to make a positive difference in its community." The province estimates that such entities generate revenues of more than $60 million and serve at least 700,000 people every year.

But Etmanski got his own start in the field long before there was a word for the concept, he says.

As co-founder of the Planned Lifetime Advocacy Network, he successfully campaigned to create a Registered Disability Savings Plan (RDSP) to boost the longterm financial well-being of people with disabilities -- the first of its kind in the world.

"When we set out, we had no idea what social enterprise meant," he admits. "We were trying to solve a 21st-century problem which had just emerged -- the first time in history that people with disabilities were outliving their parents -- and we decided that the best way to solve the problem was to end our dependence on government."

Etmanski was invited by disability advocates to Brazil last week to share his expertise on RDSP and out-of-the-box thinking around disability supports, an example of the type of globally impactful innovation he hopes to foster at Social Innovation Week.

Also part of the week of events is the Social Innovation Exchange (SIX), hosted for the first time in North America. Although not open to the public, the idea is to encourage innovators, social entrepreneurs and leaders from around the world in the sector to mingle and ask how solutions elsewhere can be adapted and applied in new circumstances.

For Etmanski, the opportunity to host SIX in Vancouver was too great to pass up. But while some of the visitors might be renowned overseas, he says our province has much to offer.

"B.C. has always prided ourselves on our ability to tackle challenges," he says. "The whole rise of social enterprise over the last 20 years had a really serious impetus here on the West Coast, particularly in Vancouver."

Grist for the innovation mill

Another event happening the same week is FUEL, organized by the design firm which hosts Vancouver's popular Pecha Kucha nights.

Cause+Affect is launching its inaugural FUEL on May 29 to 30, billing it as a "forum for leaders, entrepreneurs, designers and engaged citizens committed to co-creating a better world," according to its website -- a good match with the complementary events that form Social Innovation Week. The theme of the pilot event is on the "future of urbanity, the environment and our lifestyle."

For Etmanski, the fact that such events are emerging in Vancouver signifies a homegrown enthusiasm for innovating creative solutions to our collective problems. But while the catchphrases and jargon might be new, the concept is not.

"I hope the average British Columbian would appreciate the ingenuity and creativity that has existed in this province for thousands of years -- that has never gone away," Etmanski says, referencing West Coast indigenous cultures.

Social innovation may be an opportunity to use our money differently, but most importantly it brings "fresh eyes" to today's toughest issues, he says.

"Can we re-imagine our health, our wealth, how we govern and how we are governed? How do we look at an emerging challenge that some call an epidemic of social isolation?" he asks.

"That's the grist for our mill."