My local government, the District of Squamish, has released a new climate action website sporting a call to “Become a Climate Action Champion.”

The page features an individual carbon emissions calculator tailored to B.C. communities and invites residents to calculate their own emissions. It also announces that the government is working towards a made-in-Squamish calculator that will be even more accurate.

The individual footprint calculator is an attractive concept: if people see their carbon footprint in quantitative terms — and, even more, if they see how their behaviours can change that footprint — won’t that help incentivize and accelerate decarbonization?

But the reality is counterintuitive, and perhaps best illustrated by its origin story. Built from, but ultimately mischaracterizing, the “ecological footprint” concept developed by now-retired University of British Columbia professor William Rees, the individual carbon footprint was invented by a marketing firm working to rebrand BP as “Beyond Petroleum” in 2004. It’s 2021, and BP is still very much a petroleum company.

BP was following a strategy of what social and environmental scientist Michael Maniates called the “individualization of responsibility” designed to delay climate action and regulation.

By casting environmental degradation — in this case, carbon pollution — as a matter of consumer choice, the individual footprint atomizes the systemic problem into seemingly bite-size chunks, rendering the larger, more complex and political drivers of the climate crisis invisible.

It’s a tactic employed by corporations that seek to distance themselves from the costs of the externalities they produce by building a narrative that the costs belong to the individuals who consume their products.

The plastics (and associated fossil fuel) industry did it by knowingly selling the false promise of recycling and by blaming individuals for littering.

The tobacco industry did it too, and a recent study established remarkable similarities between the two industries’ rhetorical approaches to delaying regulation.

I raised this point with the Squamish mayor recently during a “drop-in” event on climate policy, and she stressed that the guidelines for individual footprint reduction were an effort to empower the public, bringing them through a gateway of consumer choice on their journey to become stronger advocates for climate action. And she’s absolutely right that empowerment of that kind is critical.

But imagine you were paying attention in 1988 when James Hansen testified before the U.S. Congress about the danger of human-induced climate change, or in 1992 when the United Nations Framework Convention on Climate Change was created, or in 2004 when BP popularized the footprint calculator, and you worked hard to reduce your footprint.

How would you feel today, decades later, when emissions and temperatures have done nothing but climb?

The problem is that climate change is as much a political problem as it is a scientific one. It’s not that we’ve been failing to make individual lifestyle changes; it’s that powerful interests have knowingly obscured, distracted from and delayed climate action over the last 50 years.

To borrow a phrase from NASA scientist Peter Kalmus, “We need a billion climate activists.” We do need to be empowered, but frames like individual footprint reduction ultimately serve as ceilings, not gateways to deeper activism — something the marketing industry has understood for a long time. 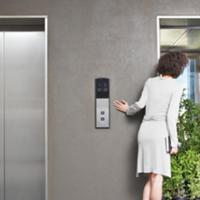 Corporate Climatewashers: How to Spot Them

I should clarify: I am a proponent of individual action. I’m mostly vegetarian; I ride an e-bike around town; I rarely use a car. But these kinds of actions aren’t possible for everyone, nor do they approach the scale of change needed.

They’re meaningful because I leverage them to convince other people to do the same, and more importantly, because they signal that I perceive the climate crisis as serious enough that I am orienting my life around mitigating it — and you should too.

But the important thing is not whether my neighbour buys an e-bike because of me (though I hope they do). It’s whether they come to understand that instead of asking, “Should my next car be an internal combustion engine vehicle or an electric vehicle?” they should be asking, “Why are we structurally compelled to own expensive 4,000 pound hunks of scrap metal that spend a vast majority of their time occupying public space?”

It’s about realizing that the consumer choices we have available to us are deliberately limited by the powerful interests that seek to maintain the status quo. That’s the difference between the focus on individual consumer choice — a focus that dangerously constrains the scope of what’s possible — and understanding the systemic drivers of the climate crisis.

How can municipalities like Squamish empower their residents to become climate activists without further contributing to the individualization of responsibility? I don’t pretend to have the only answer, but I’ll offer a few notes. 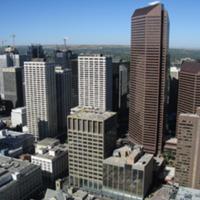 Has Suncor Seen the Climate Crisis Coming for 61 Years?

First, while local governments may not feel like nexuses of power, they are the powerful actors in this context. The responsibility for action is far more on municipalities than on any individual community member. Sure, I can buy an e-bike. But the district could implement a community-wide e-bike share, build safe cycling infrastructure and make public transit free, building a community where we don’t need to own cars.

Second, municipalities need to be legally empowered by higher levels of government too. That’s why many B.C. communities including Squamish have endorsed the Climate Caucus’s Help Cities Lead initiative calling for new legal tools to fight climate change. But you wouldn’t know it if you weren’t a climate policy wonk.

We individuals may not have much power, but our elected representatives do listen to us (sometimes); our municipalities should invite us to join them in lobbying higher levels of government for stronger climate action. 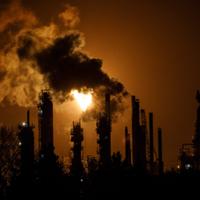 Canadian Oilsands Firm Denied Its Own Science On Climate Change

Lastly, local governments should recognize that empowerment is not about consumer choice, but about autonomy — giving us the power to collectively shape our futures rather than pacifying us with the illusion of choice we are given today.

The climate and broader ecological crises represent what futurist Alex Steffen rightfully calls a “discontinuity.” The coming decades will look nothing like the past.

Invite us to be a part of shaping that through citizens’ climate assemblies, participatory budgeting and other radical approaches to democracy so that we can leverage our collective power to broaden the scope of what’s possible.

We’ll need everyone’s participation if we’re going to learn to live well in a warmer world.