Trickster director Michelle Latimer’s offensive use of unsubstantiated claimed Indigenous ancestry to advance her career should be a cautionary tale to anyone who has discovered a distant Indigenous ancestor in their genealogy research and feels excited about now identifying as an Indigenous person.

I, along with many Indigenous people, am both heartbroken and angered at Latimer’s claim, mainly because she’s not the only one to have risen to trailblazer status within our Indigenous community — but at our expense.

I’ll try to articulate why I’m so incensed.

Such tenuous, unsupported and sometimes fake claims set a standard of success that is hard to catch up to.

The people making them have white privilege fuelling their professional craft — all the time in the world to hone their talents, no family emergencies, no PTSD from residential school residuals holding them back. No endless parade of funerals, health issues, lateral violence showdowns, internalized shame, a life of racism both big and small in their lives to contend with every day. Able to show the world how high an Indigenous person can rise if they just demonstrate a strong work ethic — one of the “good ones.”

No wonder decision-makers love pretendians. Pretendians provide them with all the dreamy Indigi-benefits without the dismal realities of Indigenous lived experience.

Yet acknowledging the complicated impacts of colonization and its reality today is what generates necessary and needed solutions for reconciliation between Indigenous peoples and Canadians. It sets us on the path for the complex systemic change necessary, a reality that isn’t accepted though.

The Indigenous community is fighting for acceptance, fighting to live as our true and authentic selves, including our vision of self-determination in all its forms. It does not help or advance truth and reconciliation when someone with loads of white privilege comes along offering a sanitized version of “Indigenous leadership,” making this the “new high standard” for who Indigenous people need to become. It’s incredibly harmful.

Many Canadians are learning they have distant Indigenous ancestors. There is nothing wrong in wanting to be part of an Indigenous community and learning about your family ties. 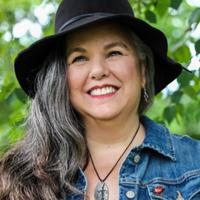 Dare to Rethink Your Preconceptions of Indigenous People, Says Author

But we clearly have an issue where the wrong people can, without any proof of Indigeneity, occupy space for Indigenous people, win awards for Indigenous leadership, or apply for funding designated for Indigenous people. There are people with newly found Indigenous ancestry who still have not tracked down these family ties or learned which community they come from, who nevertheless feel entitled to become the next Indigenous voice and authority on a variety of matters.

Connecting to one’s Indigenous identity should start with building relationships with your Indigenous family and community. Learning your history, stories, foods, jokes and nuances.

But we have people right now who have started their journey as a potential Indigenous person by agreeing to sit on a panel as an Indigenous role model.

Becoming Indigenous is not an opportunity to advance one’s career. We see through Latimer’s example how far one can take the possibility of maybe being Indigenous, and also how harmful it can turn.

This is not a victimless offence. It is a continuation of white privilege and cultural genocide — quite simply, it’s wrong.