Gehl, 55, identifies as an Algonquin Anishinaabe-kwe who grew up in Toronto. She worked in environmental science for 12 years and then completed an undergraduate degree in anthropology, a master of arts in Canadian studies and Native studies and a doctorate in Indigenous studies.

Gehl said as soon as she started writing about Indigenous topics and advocating for Indigenous rights, including her own, she couldn’t stop. She was famously involved in a decades-long fight for status and was finally granted registration as an “Indian” in a 2017 landmark court ruling, though she has not yet attained status, she said.

In a phone interview with The Tyee, Gehl spoke about her writing process, sections of the 220-page book that relate to reconciliation efforts and how the Joseph Boyden controversy inspired the title. 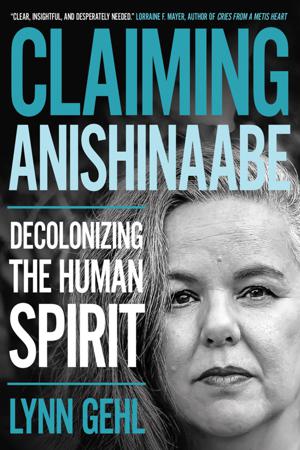 In the sixth chapter, Gehl differentiates between what she calls Indigenous knowledge and Western laboratory science. The latter is quantitative, she said, and is rooted in objectivity, atoms and molecules. With Indigenous knowledge, one must grasp the significance of the stories and experiences shared, such as her own Anishinaabe knowledge.

Gehl says the reader must be open to embarking on an interactive conceptual journey. They must read with an open mind and heart, she said, and challenge preconceived ideas of Indigenous peoples and cultures.

“If we’re going to shift into a new way of knowing, we have to be able to think conceptually,” she said. “The shift requires the reader to actively engage with the material. Readers are invited to reflect on what is shared, discuss it with others and see how her way of being in the world might challenge another’s subjective experience.”

“In the Indigenous worldview, knowledge is a relationship that unfolds over time,” she said. “We have to be patient with ourselves.”

Gehl takes on reconciliation in the second and third section of the book by critiquing empty political rhetoric and calling for more direct action. She said the conversation in Canada needs to return to land and resources.

“We need land and resources to build schools, health-care systems, courts and family centres,” she said. “It’s about mutual respect of government structures mediated through friendship.”

Indeed, reconciliation, Prime Minister Justin Trudeau’s favourite word over the past years, is defined by Webster’s dictionary as the restoration to friendly relations. Easier said than done.

Chapter 8 of the book dives deeper into the topic by focusing on the corporate destruction of an Algonquin sacred site known as Chaudière Falls. The corporation Windmill is trying to develop the islands, Gehl said, but for the Algonquins, it’s the site where the Creator placed the First Sacred Pipe and has been a meeting place for Indigenous people for over 5,000 years.

“The sacred pipe, for us, is the ultimate symbol of reconciliation,” Gehl said. So how, she asked, can the Algonquin people agree to its destruction for the sake of economic gain?

Gehl said Canadians will throw a fit when a mosque, temple or holy site is vandalized. But what about the sacred places of Indigenous peoples?

“All this rhetoric Trudeau talks is garbage,” Gehl said bluntly. To her, Trudeau embodies a concept that Gehl explores further in Chapter 19 of the book The Forked-Tongue Approach.

“It’s an ancient term that a lot of our elders use,” she explained. “It means people who talk with contradiction and hypocrisy. Trudeau, for example, is a forked-tongue hypocrite, let’s be clear. He says one thing and does another. He co-opts our language and our people.”

Some argue the federal government had little choice in launching the commission. The 4,000-page document provided 440 recommendations that Gehl and others said the government failed to follow up on, but it remains an important Canadian educational resource.

As with reconciliation, the topic of identity has been hotly discussed by Indigenous intellectuals and Canadian newspapers over the past year, stirred by the public controversy over the Indigenous identity of once-celebrated author Joseph Boyden.

The title of Gehl’s book Claiming Anishinaabe is in fact an indirect response to some of the conversations that occurred in Canadian newspapers and across social media. Gehl was uncomfortable with the idea that “it’s not about what you claim, but who claims you,” a topic she wrote about for JOURNEY Magazine.

“I’m non-status, I’m not a band member, I’m not a member of the Anishinaabe Nation,” she said, arguing that her Indigenous identity isn’t about who claims her. “That doesn’t mean I agree with what Boyden has done and think it’s sad he got DNA tests in the end. But it’s more complicated. I think some of us need identity consultants, because identity politics are thick.”

Gehl said it’s unfair to classify someone as Indigenous by whether they grew up on a reserve or had access to their cultural teachings. What about Algonquins, she said, who relinquished status for survival?

Gehl has brought similar arguments to Canadian courtrooms, fighting the Algonquin land claims process and the inherently sexist Indian Act which has robbed Indigenous women of status, identity and rights.

Those court battles are a part of her anti-colonial work, she said, which she discusses more in the fourth part of her book.

Gehl invites readers on a journey deeper into Indigenous knowledge, anchored in her subjective experience as an Anishinaabe-kwe searching for the location of her spirit. She invites those brave enough to join her on the voyage, with open hearts, minds and spirits.