In 2015, Prime Minister Justin Trudeau welcomed a plane full of Syrian refugees at the Toronto airport, offering a warm smile and new jackets to cloak them from the December cold, aiming to show the world "how to open our hearts."

Newspapers far and wide praised Canada for its humane approach to migration. It was undisputed: Canada was a leader in the global refugee “crisis.”

Unfortunately, Canada’s policies don’t align with its photo ops. Behind the heart-warming pictures and triumphant tweets, Canada maintains a horrific migrant detention system that flies in the face of our international reputation.

What is migration detention?

Immigration detention isn’t a criminal issue. The detained individuals haven’t committed a crime. They are held under administrative law, for migration reasons.

It’s like getting your driver’s licence — wading through bureaucracy and background checks — but in this case you’re forced to wait in a cell.

The Canada Border Services Agency says it carries out “arrests, detentions and removals of individuals who are not permitted in Canada.” But these arrests are made upon arrival, before any determination of whether the individual can stay in Canada.

Officially, detaining migrants is a last resort for CBSA. In reality, the agency uses detention too often, with harmful effects and without any accountability.

Canada is one of the few countries in the world that still uses mandatory detention for some migrants, which allows detention for up to 12 months with no judicial review.

Reasons for being detained vary, but most often these people have done nothing wrong and are not a danger to society.

Under the Immigration and Refugee Protection Act, permanent residents and foreign nationals may be detained if CBSA officers believe they are unable to establish their identities; are unlikely to appear at immigration proceedings; or are deemed a danger to the public.

Very few migrants are detained because they threaten public safety. In fact, Project Ploughshares notes that in 2017-18, 94 per cent of migrants were detained for administrative reasons, not security or safety concerns.

Unlike the criminal legal system, where individuals know the length of their sentence, there are no time limits on Canadian immigration detention. Canada remains one of the only western nations without time limits on migrant detention.

And people can spend years in detention while the government tries to sort out details of their deportation.

To deport someone, Canada needs an agreement with a country that will take them. That can be difficult if the individual’s identity can’t be verified, if they are stateless or the new country refuses to issue travel documents. Canada has encountered these roadblocks when trying to deport people to Cambodia, Sierra Leone, Eritrea and Guinea.

Once an individual is stuck in detention, there’s almost no way out. According to No One Is Illegal, a migrant justice advocacy group, after six months of detention the chance of release drops to one per cent.

The United Nations has called on Canada to set a “reasonable time limit” on immigration detention. The European Union has a limit of 18 months for detaining any migrant, and the U.S. and the U.K. must release detainees within 90 days if they cannot be deported.

Canada’s own courts have found that our lack of procedural protections around migrant detention is harmful, saying the immigration detention system “does not provide an effective forum for detainees to challenge their continued detention.”

In Canada, it’s legal to detain children. Section 60 of the Immigration and Refugee Protection Act says the best interests of the child must always be considered and children are only to be detained as a last resort. But Bill C-31 explicitly provides for mandatory detention for children over 16 years old who are designated an irregular arrival, like the Syrian teenager who was kept in segregation for three weeks in an immigration facility.

Even when there are no grounds to detain a child, they can be “housed” in a detention facility to avoid being separated from their families. These children become subject to the same conditions of detention as individuals who fall under formal detention orders. Human rights groups repeatedly condemn Canada for this, arguing these detention centres are inadequate and inappropriate for children.

Children who are detained to remain with their parents become "legally invisible," since they are not considered legally detained and thus are not entitled to the standard review hearings. Often, the only way to address their concerns is through their parents’ reviews.

Canada is one of only a handful of countries that detain migrants in correctional facilities and maximum-security prisons.

There is no legislation that says whether a migrant should be detained in an immigration detention centre, a provincial prison or even a federal maximum-security penitentiary. And there’s no way for them to appeal their placement.

Officially, CBSA’s default location is immigration detention centres — facilities that look like and operate like prisons but only detain migrants. But a third of all detainees are transferred to maximum security jails.

If individuals are too far from one of the three migrant detention centres — in Toronto, Laval, Que., and Vancouver — or the nearby centre is full, CBSA puts them in provincial jails. If a migrant has any criminal conviction, or any physical and mental health concerns, CBSA detains them in a maximum-security prison.

Of the 9,861 migrants detained in 2018-19, 32 per cent were held in prisons, including individuals with mental health concerns.

No effective, independent oversight of CBSA

CBSA has been the subject of research and complaints for decades, but it remains the only Canadian public safety agency with no external oversight body.

Between 2000-2017, 17 people died in the Canadian immigration detention system. Without an independent oversight body to hold CBSA accountable, no one knows what is happening, why it’s happening and who is responsible.

When something goes wrong, the agency investigates itself. Deaths occurring on CBSA’s watch, as Ashifa Kassam has written, are often “shrouded in secrecy, with the agency citing privacy concerns to avoid releasing the names and nationalities.”

Too little, not too late

Though Trudeau’s government has implemented some policy changes, these policies have been reactive, incremental and far from transformative.

Amid growing public pressure in 2016 after a slew of deaths, then minister of public safety and preparedness Ralph Goodale announced Canada’s intention to reform its detention practices, including a pledge of $138 million in new funding.

But the money wasn’t going to be used to create additional supports for asylum seekers or alternatives to detention. Instead it would be spent to improve the migration detention facilities. We added flowers to our jail cells, without every questioning the cells themselves.

In 2017, Canada implemented the New National Immigration Detention Framework. It was supposed to expand and renovate federal immigration detention facilities; keep children out of detention and families together; decrease the number of long-term detainees; reduce the use of maximum-security jails and reliance on provincial criminal facilities; and expand the use of alternatives to detention.

The Global Detention Project, a human rights organization, notes these reforms have had some results. The number of people detained for three months or more dropped by almost 30 per cent during 2016-17, the overall number of detainees decreased five per cent and the average number of days in detention went down by 20 per cent.

But Canada still has a long way to go

In 2017, then-minister Goodale said the Liberal government’s goal was to reduce the number of children in detention to zero. 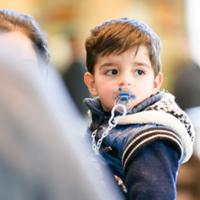 What’s at Stake for Migrants This Election

While fewer children are in detention, we are still far from zero. In 2019, 110 children had already been housed in detention facilities by mid-year.

In March 2019, the Trudeau government committed to creating an oversight body for CBSA. The bill was only at its second reading in the Senate when the parliamentary session finished for the summer, effectively killing it.

In January, Minister of Public Safety and Preparedness Bill Blair resurrected the legislation as Bill C-3. It remains to be seen if this will become a reality.

Canada’s migration detention regime is an opaque and inhumane system that violates the human rights of migrants — from the right to a fair trial, to the right not to be arbitrarily detained, to the right to life, liberty and security of person.

It’s time for Canada to end, or at least seriously reform, this system. If we are the country we say we are — welcoming, tolerant, respectful — we cannot allow this system to continue.

It’s time Canadians come together to demand better. Our national legacy is one of inclusion, welcoming and humanitarianism. If we want to honour that, we must lobby our politicians to reform, and eventually abolish, our migrant detention system.