Canadians have a big decision to make this fall. Prime Minister Justin Trudeau is in deep trouble and desperately trying to court progressive voters, who are understandably not in an amorous mood.

Displays of high hypocrisy such as approving a bitumen export pipeline the day after declaring a climate emergency, or glibly throwing electoral reform under the bus are not easily forgotten by those who care about such things.

Beyond these obvious blights on the Liberal brand, there is another boat anchor that could help drag Trudeau into the depths of electoral oblivion: Export Development Canada.

EDC is a Crown corporation tasked with promoting international trade by supporting Canadian and foreign companies through loans and insurance.

One of the largest such government credit agencies in the world, EDC currently has about $55 billion in outstanding loans to Canadian and foreign corporations. While EDC loans out its own funds, those loans are backstopped by Canadian taxpayers, and hopefully are therefore being used to project Canadian values around the world.

EDC claims to be a good corporate citizen. However, reality and political rhetoric are like salad dressing — spontaneous separation may occur without constant agitation. The Crown corporation has a record of supporting some dubious people and projects.

Political enthusiasts will recall that just as the toxic SNC-Lavalin scandal was beginning to subside, a whistleblower alleged that EDC had provided loans to the Quebec company that may have been used to bribe officials in Angola and elsewhere. The whistleblower told the CBC that it was an “open secret” within the company that funds earmarked for bribes were listed as “technical fees” of up to 10 per cent of total budget in proposals to EDC.

The former CEO of the corporation vigorously denied allegations that loan support to SNC-Lavalin could have helped bankroll bribes.

Other EDC-supported projects seem starkly at odds with the stated sunny ways of the Trudeau government. According to an investigation by Above Ground, an NGO focused on corporate accountability, Canadian-based mining company Kinross Gold received five EDC loans between 2012 and 2017 totalling up to $1.2 billion.

A 2017 report found Kinross’s Morro do Ouro mine, the largest gold mine in Brazil, “displaced the residents of traditional communities formed over a century ago by former African slaves.”

“These communities have land rights under Brazilian law, and the process to formalize their collective title was well under way when Kinross announced its expansion plan and Export Development Canada (EDC) provided financing,” said the report by Above Ground and Justiça Global.

Despite sustained legal action by federal prosecutors seeking to block the project, state authorities gave Kinross the green light to use the communities’ land for its expanded operations, the report said.

Another report by Steven H. Emerman, a geophysicist and hydrologist, raised concerns about arsenic contamination from the mine.

When pressed for comment on how EDC could support such a destructive project, a vice-president intoned that Kinross took “appropriate and responsible actions... consistent with international and industry best practices” — no doubt cold comfort to the eliminated community in question.

EDC has also funded a company in Colombia building the country’s largest dam — a disastrous project that almost collapsed in 2018 forcing the evacuation of 25,000 people. Two community members opposed to the project were murdered in 2018 and several company executives were charged with corruption and bribery in Colombia and Brazil.

Frustration with the lack of accountability and transparency at EDC extends to right-wing voices as well. Some have accused the Crown corporation of acting as a slush fund for fattened Quebec favourites such as Bombardier, which enjoyed $11 billion in EDC loans on top of another $4 billion in various public bailouts over the years. SNC-Lavalin was likewise awash in about $4.7 billion of EDC loans over the last two and half decades.

EDC is a public body, doling out over twice as much money around the world as Canada spends on foreign aid.

Yet there is no government representation on its board of directors. So opaque is EDC’s reporting that it makes the World Bank look good in comparison.

A recent federal review also noted there are no statutory requirements for EDC to even consider the environmental or human rights implications of its global loan program. 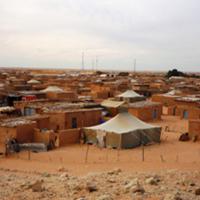 Canada and the Looting of ‘Africa’s Last Colony’

This freedom from moral considerations is also revealed in another enormous area of EDC investment — the Alberta oil sands. Since 2010, EDC has shovelled up to $14.1 billion in loans to five of the largest oil sands operators. This is in contrast to other lending institutions around the world that are divesting from fossil fuels in general, and the oil sands in particular. Even the $1-trillion Norwegian oil fund is getting out of oil and gas investments.

EDC has become an avatar of everything annoying about Liberal party doublespeak on ethics and the environment. If Trudeau wants to avoid being a laughingstock on the campaign trail this fall, he needs to start backing up the Liberal brand with some actual action on progressive issues. A good place to start would be reigning in EDC with some long-overdue reforms. Thankfully the EDC is undergoing its mandated 10-year review — an excellent opportunity to do just that.

Will the Liberal government accomplish anything beyond its usual tiresome virtue signalling? The whole country should be watching.