Unicorn sightings during Question Period are down to zero.

After weeks of being drubbed by the opposition over LavScam, the prime minister is now threatening a lawsuit against Andrew Scheer, his chief detractor in this misbegotten affair. What’s next? Suing Andrew Coyne?

They say drowning people will clutch at anything. But a threatened lawsuit against Scheer? The Michelin Tire Man is more menacing than the leader of the Official Opposition. This guy edits his tweets when he gets a paper airplane thrown his way.

And didn’t this PM promise a new, open way of doing politics? Dumping MPs who won’t bend to his will, effectively firing a cabinet minister who didn’t take the hint on a big file, shutting down the justice committee investigation of this travesty, and now waving a libel action around does not exactly conjure up sunny ways.

Having already claimed two star female federal cabinet ministers, the clerk of the privy council, and the PM’s principal secretary, it appears the next victim of LavScam could be Justin Trudeau himself. And all because one way or another, the PM seems determined to spare SNC-Lavalin a criminal conviction for its alleged bribery and corruption in Libya. Why?

That remains the biggest mystery in Canada. On so many levels, Trudeau’s puzzling advocacy for the Quebec engineering firm is a dog that won’t hunt. Four related questions persist:

For starters, the judicial officers whose sole task it is to decide who gets prosecuted and who doesn’t have done their jobs.

The director of public prosecutions (DPP), decided that the company did not qualify for “remediation” under a deferred prosecution agreement (DPA). The attorney general of the day agreed.

If it had qualified, SNC-Lavalin would have been spared a possible criminal conviction for its activities in Libya. It could then continue to bid on federal contracts in Canada, as opposed to facing a 10-year ban.

It already operates under such a ban on all World Bank-financed projects in the wake of widespread corruption scandals in other countries, including Cambodia and Bangladesh.

The irony here? SNC-Lavalin has pleaded not guilty in the criminal process now underway in Quebec on the Libya charges. But one of the key conditions of qualifying for remediation, which the company badly wants, includes the admission of guilt. Go figure.

In his zeal to go to bat for SNC-Lavalin, Trudeau appears to have forgotten a few things about the justice system — apart from the fact he and his minions have no business interfering in a decision by the DPP, which is by law an independent office.

DPAs are not like birth certificates. Not everyone gets one. In the U.S., DPAs have been around for 20 years and they get handed out like hot dogs at a Little League game. In the U.K., they were only introduced five years ago, and are rare legal outcomes. The new Canadian law comes with disqualifying conditions that preclude remediation. The DPP cited three of them in turning SNC-Lavalin down for a DPA in the Libya prosecution:

Take that first disqualifier. Not even the PM could argue that the charges and allegations SNC-Lavalin is facing are the stuff of a fine, a stern talking to, and some corporate quiet time:

Forty-eight million dollars in bribes to various public officials in Libya, including, Saadi Gadhafi; picking up the tab for Saadi’s Canadian Debauchery Tour, and re-decorating his luxury, fortieth-floor penthouse overlooking Lake Ontario that the United Nations still doesn’t know what to do with.

According to court filings, Canada’s DPP, Kathleen Roussel, offered the above three disqualifications. The occasion was SNC-Lavalin’s second bid to get the Federal Court to agree that it should have been afforded remediation to avoid prosecution on criminal charges.

The company’s first attempt was thrown out. The court confirmed that prosecutorial discretion is not subject to judicial review, period. The PM obviously didn’t get the memo.

2. Why no alarm about SNC’s murderous client?

Trudeau also seems to have forgotten another thing — just what sort of “family” SNC-Lavalin had been dealing with in Libya for years, right up to the civil war in that country that ended in the fall of the regime and Moammar Gadhafi’s gruesome death.

It was the Gadhafi regime that gave the world Lockerbie — the bombing of Pan Am Flight 103, killing all 259 people onboard and 11 others on the ground. And according to a CIA report declassified in 2011, it was the Gadhafi regime that exported terror through groups like Abu Nidal. And it was on orders of Papa Gadhafi that Libyan dissidents living abroad were targeted for assassination.

It is worth noting that one of the reasons a DPA can be denied in Canada is if the act or omission that forms the basis of the offence was committed “for the benefit of, at the direction of, or in association with, a criminal organization or terrorist group.”

While Canada was leading a NATO bombing campaign in Libya in 2011, officers of SNC-Lavalin were allegedly putting the wife of Saadi Gadhafi on the payroll. That information came in court documents from the company’s former executive vice president, Riadh Ben Aissa. The former SNC-Lavalin high roller ended up in a Swiss jail after pleading guilty to fraud, corruption, and money-laundering charges. He is now a cooperating witness for the RCMP in the Libya criminal case in Quebec.

3. Why be soft on the scourge of bribery?

In addition to some of the finer points of the law, Trudeau seems to have forgotten another important matter: Canada’s signature on the Anti-Bribery Convention. The Organization for Economic Cooperation and Development has not.

The OECD is desperate to stamp out corruption in international business deals — in which a staggering $1 trillion a year is paid out in bribes. Forty-four countries are party to the agreement, including Canada. The poorest countries are the worst victims of such corruption — the ones Trudeau said he would do a better job for when he came to power.

Now the OECD says it is “concerned” about allegations of political interference in the prosecution of SNC-Lavalin and will “closely monitor” how the scandal develops. No wonder. Here’s what Article 5 of the Anti-Bribery Convention sets out:

“As a Party to the Anti-Bribery Convention, Canada is fully committed to comply with the Convention, which requires prosecutorial independence in foreign bribery cases pursuant to Article 5. In addition, political factors, such as a country’s national economic interest, and the identity of the alleged perpetrator, must not influence foreign bribery investigations and prosecutions.”

It seems obvious that the Trudeau government has already violated the Anti-Bribery Convention by citing possible job losses as a reason to decriminalize SNC-Lavalin’s case. And the OECD is not Trudeau’s only problem on the international scene. There is also the new deal to replace NAFTA.

Prominent amongst the 34 chapters, 11 annexes, and 12 side-letters of the United States-Mexico-Canada agreement is an entire chapter devoted to robust anti-corruption measures. 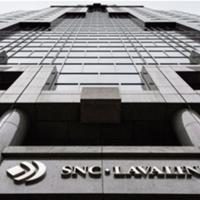 The bottom line is that parties to this new deal agree to establish criminal offences under the law for corruption in both the public and the private sector. The goal is to tackle corruption, not push it out of bounds along the sideline and return to the huddle, as Trudeau has done.

4. Why squander the ‘transparent’ high ground?

The PM’s final bit of amnesia? These words from his mandate letter to his minister of international development back in 2015:

“It’s time to shine more light on government... Government and its information should be open by default... It is important that we acknowledge mistakes when we make them... Canadians do not expect us to be perfect — they always expect us to be honest, open and sincere...”

Not much of that since Feb. 7.