As we sat peacefully at our desks or in our homes last week, state police were arresting Kupuna-Native Hawaiian elders, Native Hawaiian people and advocates who were defending their sacred mountain Mauna Kea.

Elder women sat on chairs on the road to the volcano to prevent trucks and other equipment from reaching the mountain top site of a planned giant telescope. They wanted to be the first to be arrested and were willing to go to jail to defend what is so important to them. More than 30 people were arrested on one day last week. There will be more.

Can you imagine your grandmother or mother or aunties sitting on the land to defend what is theirs and being arrested for it?

I can, because I have seen our elders and many others risking arrests to defend sacred sites in B.C.

In Hawaii and in this province, they were defending what is sacred and important to them. Doing what they were brought up to do. Asking governments not to desecrate what is sacred. Asking people to support them.

Their cries have gone unheeded by the Hawaiian government, which has approved construction of the $1.4-billion telescope on sacred land atop the highest mountain in the state.

It was very emotional watching elders and others being arrested. My spirit cried “Why?” Grandmothers, elders, should not have to go through that.

The telescope, funded by universities, foundations and governments — including $243 million from the Canadian government — will be 18 stories high. Its footprint will be the equivalent of six football fields, a massive intrusion on sacred ground.

Canada must withdraw the funding of this telescope. The federal government has said its highest priority is reconciliation with Indigenous people, and committed to implementing the United Nations Declaration on the Rights of Indigenous Peoples.

It should be easy to understand why the Native Hawaiians are defending their lands.

Native Hawaiians want to protect a burial site, a spiritual site, a site that has greater significance than they will explain in public. It is the home to the goddess Poli’ahu and is within the realms of the God. It is a temple and a place that connects Native Hawaiians to the island itself. At one time, no one but the highest chiefs and priests could even enter.

Mauna Kea is a dormant volcano on the Big Island of Hawaii that erupted 4,000 years ago. It is the tallest sea mountain in the world, rising to 4,207 metres above sea level and 10,000 metres from its base on the ocean floor. When you approach the mountain, you can feel the power that is there and the respect that is due to the land.

Native Hawaiians have been fighting this development since it was first announced a decade ago. When I visited in the spring, I saw the efforts to educate people about why the mountain should not be desecrated.

Despite this long fight, the Native Hawaiians cannot change the mind of its backers or the state government.

Scientists say the Thirty Metre Telescope will be the largest and most powerful visible-light telescope ever, and could help solve many of our universe’s deepest mysteries.

But there are already many smaller telescopes on the mountain, and there are other possible locations.

The American — or non-Indigenous way — might always be about bigger and better. But it is not the Native Hawaiian way. A clash of values, as always.

I hate to think of a sacred site being destroyed, desecrated and no longer there for the Hawaiians.

Why is it governments can authorize developments in areas that are sacred to Indigenous peoples? That they can think only of money and jobs and their reputation as pro-development? Why can’t they understand the importance of a site to Indigenous people? Why can they use their claimed superiority and paternalism to impose decisions that will alter the future and way of life of Indigenous peoples forever?

The answer is that all this happens because colonization of Indigenous peoples continues. I’ve never understood how little Indigenous people matter, or how their sacred places can be destroyed without any consequences.

It makes me remember when I was on the Leadership Council of the BC Assembly of First Nations and we all went up to Bear Mountain, outside Victoria. They were building a resort, golf course and housing. The Coast Salish people hadn’t disclosed the fact that the development would destroy a sacred site because they didn’t want anyone to know about it and they didn’t trust that the information would remain confidential.

When they did break their silence, archaeologists said they couldn’t find evidence of use. That’s not surprising. It was a sacred site; you don’t leave any evidence of use. You go so far as to wipe footprints with branches so no one knows you are there.

The site was destroyed without any communication to the Coast Salish. When we visited, a cave that had been part of the sacred lands had been filled with rocks and old tires. You could feel the sorrow emanating from Mother Earth and the disbelief of the trees. You could see the absence of birds. It was devastating to see the destruction of a sacred site that had been used since time immemorial by the Songhees people.

This is a big problem not only in B.C., but in other parts of the world. Why is it governments cannot understand sacred, spiritual or vital sites? Or if they do understand, why can’t they respect and protect them?

In B.C., burial sites of First Nations people are often disturbed for the sake of development, and clashes regularly result. 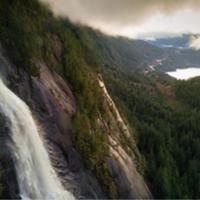 There needs to be more tools to protect all kinds of sacred sites. The interests of development should not come ahead of the protection of sites sacred to First Nations people.

People around the world need to know what is happening on the Big Island of Hawaii. People should be writing Governor David Ige and telling him to stop the building of the telescope on sacred lands. We should tell others about the issue, and offer our support.

Stand with the Native Hawaiians. They are gathering in increasing numbers at the site, and being supported by actions on other Hawaiian islands.

The world must change so we respect the important spirituality, culture, traditions and way of life of Indigenous peoples. You can help make this happen.