Until he sought early retirement early this month, Ricardo Duchesne posed a complex problem for Canadian post-secondary in general and the University of New Brunswick in particular. How UNB dealt with him will have consequences across Canada's whole political spectrum. He wasn't the first such dissident academic, and he won't be the last.

A tenured professor of sociology at the UNB Fredericton campus, Duchesne has taught and researched there since 1995. He has an extensive list of publications, including three books. According to RateMyProfessors, he's a popular teacher though his ratings range from “awesome” to “awful.”

But for years Duchesne has been a serious embarrassment to his colleagues and his university. Over 100 of his colleagues have recently signed a letter condemning his views as “racist and without merit.”

Recent news stories have made him a national figure along the lines of Jim Keegstra and Philippe Rushton: an educator who advocates “white identitarianism,” a genteel term for white supremacy.

Duchesne has told The Tyee something about himself and his intellectual journey: “I started questioning the left in the late 1990s when I realized leftists did not really appreciate the high cultural achievements of the West; even as a leftist I was fascinated by the great epochs of European history, the ‘Greek Miracle,' Roman legal system and glorious empire, Christendom, invention of universities, 12th century Renaissance, Italian Renaissance, discovery of the world, Reformation, modern science, Enlightenment, Romanticism, Industrial Revolution, German Idealism.... What is highest in man can be found in European architecture, art, philosophy, exploration, science, literature.

“By 2011, I came to understand that all western countries were set for diversification, and that the prime interest of the left was to promote diversity against the identity of whites. As diversification increases, the heritage and high cultural achievements of Europeans will continue to erode.

“The history of Europe will never be embraced by non-white immigrants; only a deracinated, globalized, and multicultural West (which allows minorities to express their identities) will be accepted by them. Immigrants in small numbers would assimilate to a western world with strong sense of identity, but never in high numbers in the face of white men who fear their own historical heritage.”

One might ask why Europeans, who spent thousands of years massacring one another, should now magically unite in defence of a culture whose achievements were bitterly resisted and often overthrown by other Europeans. Least of all in North America, whose European settlers have for centuries disliked Europe and consider their local culture superior to that of their effete, stay-at-home cousins.

One might point as well to California, the fifth largest economy in the world and polyglot home to the world's centres for tech and film. One might ask a lot more of Duchesne, had he proved himself a scholar worthy of rigourous inquiry.

One consequence of Duchesne's intellectual journey was that scholarly journals and publishers lost interest in him. This put him at a serious disadvantage on the issue of academic freedom. As the Canadian Historical Association stated recently, “Academic freedom does not mean that people should not be held accountable for their arguments or their impact on students, co-workers, and communities. In the case of Dr. Duchesne, the signatories of the 23 May 2019 letter point out that his ideas on immigration and multiculturalism have not been published in peer-reviewed or otherwise rigorous publications.”

Instead, Duchesne publishes on the blog of the Council of European Canadians, a website to which he has contributed over 100 articles. One of the latest describes his recent conflicts with his UNB colleagues.

Duchesne told The Tyee he now publishes serious research articles only in The Occidental Quarterly, whose “controversial” editor, Kevin MacDonald, is considered an intellectual leader of white supremacism and anti-semitism.

Duchesne first came to The Tyee's attention in 2015, when he became involved in a controversy with Kerry Jang, then a Vancouver city councillor. That led to a 2017 Tyee review of his book Canada in Decay, a polemic against multiculturalism and non-European immigration.

The Tyee review resulted in almost 600 comments, some under the names Euro-Canadian Man and European Man, pseudonyms very close to Duchesne's own bylined response on EuroCanadian. Duchesne also published a lively counter-review.

There matters rested until recently, when HuffPost Canada posted an article about Duchesne, followed by the Globe and Mail, and then by a statement by the University of New Brunswick.

As New Brunswick's own Northrop Frye long ago observed, one purpose of a university education is to challenge incoming students' beliefs to the core, and then train them in the critical thinking scholarship requires. Duchesne certainly challenged his students, not to mention his colleagues. 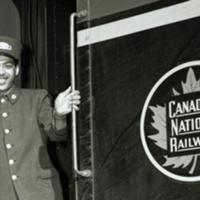 Challenged back, however, Duchesne abandons critical thinking and reasoned argument for personal attacks and clichés, dismissing his critics as “cultural Marxists,” “establishment,” “politically correct,” “privileged whites,” and in general “the left” (which he says “has total control over the dispensation of funds” for academic research).

Lacking scholarly support, he cites his Amazon sales ranking and the number of supportive commenters on the Globe and Mail report about him.

Duchesne has supporters on Twitter as well, though they include no academics and they're fond of terms like “rabid Stalinists” and “Marxist lynch mob” in describing his critics.

The return of ‘scientific' racism

Perhaps Duchesne could attract scholarly support if he were advancing a radical new thesis with interesting and testable implications. But his books and articles are essentially a rehash of 19th-century “scientific” racists like Arthur de Gobineau, who set the stage for Nazism and genocide. A century of science and a hideous world war have disproven racial superiority; nevertheless, it's making an alarming return, and Duchesne offers modern racists a pseudo-intellectual veneer for their bigotry.

UNB would have only aggravated matters by sacking Duchesne, who would have left campus as a martyr to free speech and the subject of many sympathetic right-wing articles. His faculty critics would have found their Twitter feeds full of vengeful neo-Nazi death threats. 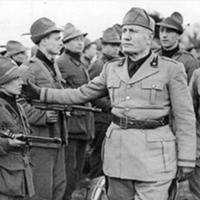 UNB was wiser, instead, to consider Ricardo Duchesne's academic career, now almost a quarter-century old, as near its close. An official June 4 statement admired his decision to retire and “to focus on his own pursuits as an independent scholar. We respectfully accept his decision and thank him for his 24 years of service.”

He is not the first loose academic cannon to be bringing sighs of relief when entering retirement. Cushioned by a UNB pension, he can post his polemics and publish his books wherever he likes, without dragging his former university into his controversies.

Canadian universities are agents of social mobility and brokers of power. Whom they teach, and whom they hire to teach, will influence the course of the country through the rest of this century. The colleagues of Ricardo Duchesne, not only at UNB but across Canada, should reflect on the Duchesne affair as a portent of a turbulent future.