Twitter has much to atone for, but sometimes it’s very useful. The other day Dr. Sarah Churchwell, a U.S. professor at the University of London, tweeted about a 1995 article in the New York Review of Books, “Ur-Fascism,” by Umberto Eco.

Fascism, in those triumphal days between the fall of the Soviet Union and the fall of the World Trade Towers, was not top of mind, and I missed Eco’s eerily prophetic article. But I’m glad to have read it, because it does throw light on our present situation.

Eco had been born in Fascist Italy, which fell when he was 13, so he knew his subject intimately. As an ideology, he wrote, fascism has 14 traits, though they express themselves in various ways depending on political circumstances. Churchwell tweeted: “He said only one need be present for fascism to coagulate around it. By my count Trumpism as currently practiced in the US hits all 14. Every one.”

Well, “Trumpism” implies a coherent system of thought, rather than random impulses, but Churchwell at least offers Eco’s symptomatology as a check-off list. And quite apart from the U.S., we might look at ourselves in Canada in the same light.

So here’s my take on Umberto Eco’s 14 steps to fascism:

1. The cult of tradition, which involves a blending of old religions and values. “Truth has already been spelled out once and for all,” Eco writes, “and we can only keep interpreting its obscure message.” This might apply to the U.S. obsession with the precise interpretation of the Constitution, but it doesn’t seem to fit Canada.

2. The rejection of modernism, by which Eco means the values of the Enlightenment and evidence-based rationality. That’s very Trumpian, and in a recent book Gen. Michael Hayden, former head of the CIA and National Security Agency, defends U.S. spy agencies as founded on Enlightenment values. While Canadian conservatives dislike the evidence for climate change, we generally respect free expression and scientific evidence.

3. The cult of action for action’s sake. “Just do it” is OK for suburban joggers, but not for Canadian politicians. It’s impossible to imagine a Stephen Harper or Justin Trudeau even considering an impulsive stunt like a summit with Kim Jong-Un or Vladimir Putin.

4. No analytical criticism. “In modern culture,” says Eco, “the scientific community praises disagreement as a way to improve knowledge. For Ur-Fascism, disagreement is treason.” Apart from kicking an occasional malcontent out of caucus, Canadian politicians tolerate a lot of disagreement, though the Harper Conservatives certainly disliked talkative scientists.

5. Fear of difference. We got a whiff of this in late-stage Harperism, what with “barbaric cultural practices” and anti-hijab bylaws. But most Canadians appear to thrive on cultural, ethnic and sexual variation.

6. Appeal to a frustrated middle class. When the middle class has been frustrated by 40 years of economic stagnation, everyone tries to offer something. Justin Trudeau keeps promising help especially to those trying to become middle class, but that may backfire: “In our time,” Eco wrote presciently in 1995, “when the old ‘proletarians’ are becoming petty bourgeois … the fascism of tomorrow will find its audience in this new majority.”

7. Obsession with a plot. “The followers must feel besieged,” Eco wrote, “but the plot must come from the inside.” In the Cold War, it was Reds under the beds. Now it’s useful to raise the alarm about fellow citizens who support immigration and “illegal” migrants, who write “fake news,” or work for the “deep state.” This is a tougher sell in Canada than in the U.S., but some Canadians do love a good plot.

8. Anti-elitism. “The followers must feel humiliated by the ostentatious wealth and force of their enemies,” Eco wrote, and plenty of Canadian politicians have invoked some supposedly privileged group as the source of all our woes.

9. Pacifism is trafficking with the enemy. For the fascist, “life is permanent warfare,” Eco says, so the desire for peace amounts to treason. The U.S. is literally in a permanent war, but Canada still likes to present itself as a peacekeeper, honest broker and very discreet arms merchant.

10. Contempt for the weak. Trump’s mockery of a journalist with a disability has become a meme. His backers don’t much care if migrant families are separated and traumatized. But they themselves feel weak and hard done by. Fascism offers what Eco calls “popular elitism,” and what Americans call “American exceptionalism”— the belief that they live in the best country in the world, especially if they are “real Americans” who trace their descent back to Europe. Again, Canada has flirted with this attitude, turning away Jewish refugees before the Second World War (“one is too many”) and fretting about “illegal border crossers” crossing into Quebec, Ontario or Manitoba. 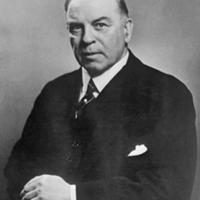 A Fascist Take on Canadian History 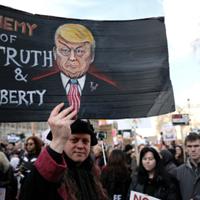 11. The cult of heroism. “The Ur-Fascist hero is impatient to die,” Eco wrote. “In his impatience, he more frequently sends others to death.” The closest that we ever got to that idea was during our Afghan involvement, when Stephen Harper turned part of the Trans-Canada into a “Highway of Heroes,” a path of glory leading to Canadian graves.

12. Machismo, “which implies both disdain for women and condemnation of nonstandard sexual habits, from chastity to homosexuality.” Many right-wingers decline to march in Pride parades, but every sensible Canadian politician shows up for them waving a rainbow banner.

13. Selective populism. “Individuals as individuals have no rights,” said Eco, and a majority is meaningless. Instead, individuals form a monolithic people; “the Leader pretends to be their interpreter.” Parliamentary governments are, by fascist definition, rotten. Eco prophesied that “There is in our future a TV or Internet populism, in which the emotional response of a selected group of citizens can be presented and accepted as the Voice of the People.” Today we call them bots and trolls.

14. Ur-Fascism speaks Newspeak, drawing on “an impoverished vocabulary and an elementary syntax, in order to limit the instruments for complex and critical reasoning.” Anyone who’s seen videos of Donald Trump at a rally, or read any of his tweets, knows how fluent he is in Newspeak. Canada has not abandoned English to quite such an extent, but our politicians are far too fond of talking points. Evidently they think Canadians can’t follow an idea developed through several related and grammatical sentences.

If Churchwell is right and fascism can crystallize around any one of these steps, then we’re in as much trouble as the Americans. But if Trump’s America has taken all 14 steps and still provokes such intense resistance, then I think Canadians are at much less risk of fascism. We do tend to follow American political trends a few years later. But that also means we can see the trouble the Americans are getting themselves into and steer ourselves in a safer direction.