British Columbia’s coastal communities, long dependent on fishing for their livelihoods, are in serious trouble: population down, youth retention down, incomes down, investment down, infrastructure down, health and well-being down.

It’s now almost impossible for young people to enter the fishery because of the high cost of purchasing or leasing the Individual Transferable Quotas (ITQs) attached to most fishing licences. ITQs are permits to catch a certain quantity of fish, and can be freely traded or leased.

Coastal communities that used to have dozens of fishermen now may have a handful at best. The boatbuilding, repair, and gear supply businesses are likewise disappearing.

How did this happen to our once prosperous coast?

A big driver in this change is the fact that many kinds of licences and ITQs are freely — and anonymously — tradable. Policy on the West Coast has allowed ownership of licences and ITQs by all sorts of people and companies who never set foot on a boat. Their only qualification: a lot of money.

Some are investor-speculators. Some are laundering money. Some are shell companies owned by non-Canadians. Some are the processing companies that freeze or can the fish.

Whatever their specifics, they can lease out the ITQs at rates that force the fishermen to take virtually all the risk and little of the benefit, paying a lease fee as high as 80 per cent of the value of the catch in some fisheries.

And some Canadian corporations, because they own licenses and fish-processing plants, are able to land and flash freeze the fish in Canada, but then export it overseas to be processed, further removing jobs from our coastal communities.

So we are losing jobs, opportunity, and benefits in fishing, fish processing, and related support industries.

These problems don’t occur as much on the East Coast.

The official policy since the 1970s for both coasts has been to consider the social, economic and cultural consequences of fisheries management, but the licencing systems on the two coasts developed very differently.

On the West Coast, there are virtually no rules around licence ownership. On the East Coast, policies protected coastal communities and independent fishermen: the owner-operator policy requires most licence holders to be fishermen who own and operate their own boats.

This policy has survived opposition and a court challenge. The former minister of fisheries, Dominic LeBlanc, proposed in February 2018 that these ideas be not just “policy” but “law.”

Since then Bill C-68, with the necessary amendments to the Fisheries Act, has been passed by the House of Commons and is awaiting passage in the Senate.

Now Parliament is realizing that what’s good for the East Coast would be good for the West Coast too. In January, the House of Commons Standing Committee on Fisheries and Oceans began its own review. It invited DFO Pacific Region, fisheries experts from Canada and other jurisdictions, fishermen, processors, communities to give testimony as they attempted to understand and make recommendations on the future of commercial fishing on the West Coast.

On May 7 this committee delivered a report with 20 recommendations, overwhelmingly in support of transformative licensing policy, which would bring in needed reforms.

If we are to have a future fisheries economy, we must make sure this transformation happens, that it brings about a more equitable distribution of benefits, that we move towards a made in B.C. owner-operator policy, and that DFO advisory boards are more inclusive.

Civil society is mobilizing, too. Shortly after LeBlanc’s proposal to amend the Fisheries Act, Ecotrust Canada and partners convened a gathering where over 120 fishermen, coastal community mayors, First Nations leaders, academics, and environmental organizations came to a consensus on the need for fisheries policy reform on the West Coast. 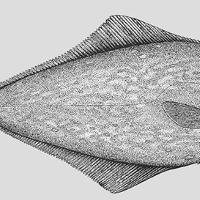 You Thought We Canadians Controlled Our Fisheries? Think Again

The Canadian Independent Fish Harvesters Federation and members of the BC Young Fishermen’s Network added their voices to this plea at various times. The Fishermen’s Union, representing many fishermen and shoreworkers on the Pacific coast, surveyed fishermen’s opinions on a licensing policy review.

The survey revealed strong support for putting licence ownership in the hands of active fishermen. The fishermen surveyed also suggested ways to transition out of corporate ownership as well as fishermen’s ownership of licences and quota they were leasing out, while minimizing damage, easing the transition.

In July 2018, Trudeau shuffled his cabinet, and Jonathan Wilkinson became the new fisheries minister. The prime minister specifically tasked the new minister with advancing LeBlanc’s proposed changes to the Fisheries Act so that Canada’s economy would grow and sustain coastal communities and that our fisheries benefit Canadians, economically, socially, and culturally.

It is time for the new minister to ensure that the necessary corrections are made to the B.C. licencing system so that our fisheries once more are for the benefit of working fishermen, the small businesses that support and depend on our fishing industry, and fisheries-dependent coastal communities.

To do that he needs to create an independent commission to figure out how to implement the recommendations of the Standing Committee. And he needs to invite fishermen and communities onto this commission.

In their testimony to the Standing Committee, they demonstrated a willingness to do the hard work that will reimagine the fishery, and they showed that they have the knowledge and ingenuity to come up with solutions.