Wild fisheries are humankind's greatest single source of protein. They are fully renewable, we don't have to till soil, plant seeds, apply fertilizer or pesticide, water them or feed them; we just have to manage the harvest. As global populations continue to grow, much is at stake as we determine who benefits from the greatest renewable food resource. 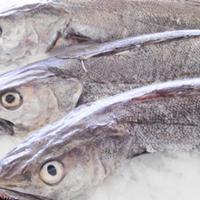 At home who benefits from fish harvested in B.C.'s waters? You'd be logical in thinking the answer is mostly people who make the B.C. coast their home and who fish for a living.

And you'd be wrong.

Take B.C.'s halibut fishery for instance, which is run in such a perverse way that most fishermen have seen their rewards so whittled down that it barely makes financial sense to leave the wharf. New fishermen are scarcer than blue whales, and the bulk of the benefits flow to "investors," big processing companies, even foreign corporations.

And now, Fisheries and Oceans Canada (DFO) wants to do the same harm to B.C.'s emblematic salmon fishery. We don't think they should.

To understand how we got here, and what needs to change, requires a brief course in something called the Individual Transferable Quota system. Stay with us. This won't take long.

An ITQ is a transferable share or quota of fish. This quota is transferable, so the owner of the quota can either fish it or can make money by leasing or selling it to others. Over time, people find that they can make more money leasing their quota to someone else to fish. Or, in the long term, selling their quota to companies who can out compete fishermen for the price of an ITQ.

It wasn't supposed to happen that way. But here's how good intentions ended up backfiring.

An ITQ is not a licence that can be controlled by government, although it is attached to such a licence. And fishing licences can only be held by Canadian citizens or permanent residents. However, companies which own fishing licences may be partially owned or controlled by foreign entities. And ITQ owners can sell or lease their ITQs to anyone without government interference or even knowledge. The fishing licence issued by government gets temporarily transferred, sometimes through a holding company, to the ITQ lessee.

Now why, you might ask, is such transferability allowed? And even considered desirable? Well, the economists who invented the ITQ system predicted that this free transferability was the very thing that would make these fishing permits gravitate to the most efficient fishermen (who would then make the biggest profits). But they mostly didn't. Instead many ITQs got into the hands of "investors." Then they were leased to fishermen or to the processing companies –- who in turn leased to people actually doing the fishing.

These economists also anticipated that, with each fisherman's catch amount almost guaranteed, fishermen would be able to lower fishing costs. They would not need the biggest boat to race to catch the fish first, and they would increase profits by getting fish to market over a longer time period. But these assumptions were also problematic.

Actually, in ITQed fisheries overall costs of fishing have risen dramatically. Though some fisheries have seen market benefits, working fishermen are not the beneficiaries. Escalating ITQ leasing costs siphon off most of any increase in market prices.

The ITQ system was introduced into B.C.'s halibut fishery in the early 1990s. By 2006, more than half of B.C.'s halibut catch was being taken by fishermen who had to lease ITQs from the "armchair fishermen" and "investors" who now owned the transferable quota. And that cut deeply into profits those fisherman could make. In fact, the cost of leasing ITQs rose from zero percent in 1992 when leasing was not allowed to 78 per cent of the landed price in 2008.

This put the leasing fishermen in a severe cost-price squeeze. By 2008, at least 30 per cent of active fishing operations were leasing 70 per cent or more of the quota they fished, which meant they were barely financially viable. In addition to paying high lease fees, they also had to deliver all their fish to the lessor company, with whom they had little bargaining power. They were therefore taking greater risks in fishing: postponing equipment maintenance and fishing under more dangerous weather conditions to fill markets when prices were higher.

In contrast, the owners of ITQs were doing so well that new investors had entered this speculative market and were getting a 10 per cent return on investment by 2010.

Point of no returns

Unfortunately for active fishermen, these trends have continued. A 2011 report commissioned by DFO found that leasing costs averaged 72 per cent of catch value, and a 2013 report commissioned by worried fish processors found that "quota lease costs are killing payments to crew," and [ITQ] "owners are having extreme difficulty in filling deckhand [crew] positions.... Some owners are searching outside Canada for skilled fishermen."

In 2015 it got worse: halibut ITQs leased for $7-9/lb when the landed price was $8.25-9.50/lb. That meant quota owners took over 85 per cent of the landed value, leaving fishermen razor thin margins to pay crew, vessel operation and monitoring costs.

Foreign control of ITQs is also increasing. It became serious when U.S.-based Pacific Seafood, one of the largest seafood companies in North America, purchased much of JS McMillan's former groundfish trawl fleet and its ITQs. (Groundfish trawl involves multiple species such as cod, flounder, red snapper, sole and other rockfish which swim along the bottom of the ocean, and are taken by "dragging" or trawling; "groundfish trawl" species were ITQed as a group in 1997).

More recently Chinese companies have begun acquiring groundfish vessels and their ITQs, and have a long-term lease on a plant in Bella Bella, for which they are seeking ITQs. Food security concerns in China suggest that this trend will continue. The Canadian Fishing Company (owned by Jim Pattison), which owns or controls the majority of large-scale salmon and herring licences, just announced the pending closure of the last B.C. cannery, in Prince Rupert, meaning it will likely send the fish and these 500 jobs offshore where labour is cheaper. Pattison's Canadian Fishing Company controls some 80 per cent of the supply of salmon and herring taken from B.C. waters. That makes it very difficult for another fish processor to set up a viable operation on the North Coast.

Sharecropping on the seas

Why are we allowing ITQs to be leased, bought and sold freely in an unregulated, over-the-counter market?

Why are we allowing our fishermen and rural coastal communities to lose their fishing access and way of life?

And why is DFO now pushing for ITQs in major parts of the salmon fishery, over the opposition of 92 per cent of active salmon fishermen in every area of the B.C. coast?

Of course part of the answer is that the economists who designed the ITQ system believed that it was this very freedom to transfer permits via the market that would create an efficient and publicly beneficial system. They thought that ITQs were the ideal way to meet the stated policy goals of DFO in the halibut fishery for fleet stability, viability, safety, efficiency and greatest net benefits to society.

The system has proved extremely beneficial for those who were gifted quota nearly a quarter century ago when the halibut fishery switched over to ITQs. To gain acceptance of the changeover, DFO gave away ITQs to the first generation who happened to own halibut commercial fishing licences in the three qualifying years when the system began.

The system has worked beautifully, as well, for investors with the capital to buy up ITQs and lease them out. As leasing became more widespread, even most of those who still fished their own quota began paying themselves a lease fee, deducting it from the profits that were shared with the crew. Both lessee skippers and crew in this situation characterize their situation with this public resource as "sharecropper" or "feudal."

The same miseries have been visited upon the fisheries of Iceland and New Zealand, which have had the longest-established ITQ systems. Researchers report quota lease fees account for about 70 per cent of the value of the catch, and small boats forced out of the fishery by monitoring costs (expensive on-board cameras which record every fish caught and dockside monitors recording every fish unloaded). Those costs B.C. fishermen now have to bear, as well.

So why is DFO pushing ITQs on this province's salmon fishery instead of trying to fix the mess they are causing in the halibut fishery?

Many analysts point to how Canada's federal government has slashed the DFO budget over the past two decades. Bureaucrats inevitably have been forced to look for ways to download costs onto fishermen. ITQs are the simplest way to lower the department's management costs and streamline management, because this system treats ITQ fishing vessels as self-managing businesses which require minimal oversight.

The DFO's downloading is depriving a new generation of aspiring B.C. fishermen from achieving their dream. Here's how.

Remember that first generation of ITQ owners, who received their quotas for free? It meant they each inherited a public good that could usually be sold for $1 million. And that windfall caused them to be more willing to agree that monitoring and other management costs could be downloaded onto active fishermen.

But no one's handing out ITQ's for free anymore. And the cost of fishing for halibut is now so high under the current system that it is almost impossible for younger fishermen to get into the industry except, in essence, as minimally paid day labourers.

It's time for the DFO to be required to evaluate alternatives using "triple bottom line" analysis that asks:

What are the economic benefits of any policy? What are its social and ecological benefits? And does it really benefit more than a few?

There are many alternatives to ITQs in salmon that have been documented in other jurisdictions, alternatives which can deal with the issues that drive DFO to favour ITQs in salmon. Canadian researchers and fishermen's organizations can share information and collaborate to explore how these alternatives could work in B.C.

Fifteen years ago DFO believed economists who mistakenly argued that B.C.'s halibut fishery would reap wonderful results by shifting to the ITQ system. There is now ample evidence that ITQs do not achieve the stated policy goals of DFO for fleet stability, viability, safety, efficiency and greatest net benefits to society.

Instead, ITQs maximize profits for a small group of quota owners and allow the migration of benefits and control to foreign owners.

With such a valuable public resource at stake, is this our Canada?