Site C is a behemoth of a project. Its every twitch initiates a chain reaction in no less than five spheres. I recently contributed, along with fellow Tyee writers Andrew Nikiforuk, Andrew MacLeod and the late Rafe Mair, to a new book on Site C. The goal of this book is to gather all the interrelated issues into one place and lay them out clearly side by side, with the hopes of spurring on informed discussion.

Chapter one starts right in on the numbers: how much power B.C. needs, where it can come from, and do we need Site C’s power? Other chapters address conventionally accepted knowledge about hydroelectricity, the known environmental damage caused by damming river systems. Of course the agricultural value of the Peace River Valley is articulated, as well as the unique position First Nations are in as they face losing one of the last untouched sections of the valley. The late Rafe Mair, who wrote for the Tyee for many years on issues like Site C, closes out the book with a resounding critique on modern democracy and a call to civilly disobedient arms.

Below is an excerpt from the chapter I wrote on the enduringly relevant question: is Site C past the point of no return? It’s easy to feel fatigue at reviewing Site C, but its impacts are so significant and long lasting that a responsible citizenry needs to engage. The conversation is not over.

To find out whether Site C is past the point of no return is no less complicated than deciding whether to build it in the first place. After all, it’s B.C.’s largest public works project on record; there is a lot to consider.

Ask a farmer who’s been on tenterhooks for years under threat of expropriation, he’ll probably tell you there is no point of no return, that the Peace River Valley is so valuable it would be worth ecommissioning the dam even after it’s online and spinning power into the grid. He’ll look at the damage caused by the dam, the opportunity cost for the valley, and say that unless the province needs power from a large hydroelectric dam (rather than from other sources of electricity) more than it needs the valley’s agricultural potential, the dam should be stopped. 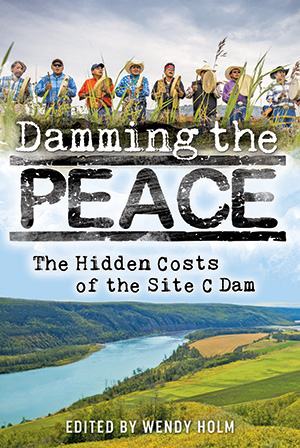 Talk to one of the Treaty 8 First Nations in the Peace region, they might tell you about the interconnected ecology, wildlife and water movement. They’ll talk about what their grandparents and ancestors teach about living with the land, its bounty and spirituality. They’ve lived in that valley for at least 13,000 years. If anyone knows how the valley makes life thrive, it’s them. They’ll tell you of the long history, the place they used to gather in summers, how they learned to gather sweetgrass and salmonberries, where they buried victims of the Spanish flu epidemic, where the moose find refuge for their young and how the beavers change the river flows. They can tell you how the land has changed within a single generation, with more resource extraction every year. How the fish grew tumours from methylmercury unleashed by the W.A.C Bennett Dam upstream from Site C, and how the caribou were drowned when the reservoir for that dam was flooded. They might ask, when is enough enough? What will our children be left with? What does the treaty mean if not to protect the heart of the territory?

Ask an economist, they’ll focus on the numbers. How much have we spent so far, how much is left to spend and how much will we make (or lose)? What we’ve spent so far is a sunk cost, most economists teach, meaning it shouldn’t factor into decisions. You’re not getting it back, let it go, it’s irrelevant. That’s hard to do when we’re talking billions of dollars underwritten by taxpayers, but it’s rational. So they ask how much more we have to spend to start generating revenue. And how much revenue are we talking about? Calculating this equation — especially for such a long-term project — is like trying to pin down Jell-O. Figure out one variable, and three others will have changed. The sale price for electricity will shift, supply and demand will trade places. Make an educated prediction of revenue, and meanwhile an unexpected landslide or tension crack during construction will have increased the project cost.

Ask Newfoundland’s new electric utility CEO, and he’ll probably tell you to double- and triple-check your budget. Is it going to multiply itself during the course of construction like Newfoundland’s Muskrat Falls dam has? The same summer Site C was referred to the BC Utilities Commission for a mid-way review, the Muskrat Falls budget was reassessed at $12.7 billion, up from an originally approved $7.4 billion. Political furor is piling blame on both sides of that project, each calling the other a boondoggle. But both sides agree the dam is too close to completion to be cancelled. They’d spent $9.5 billion, were three years away from finishing and had an energy supply contract to fill.

It’s happened before that a large dam was cancelled because conditions changed. In 1976, Manitoba Hydro started building the Limestone Generating Station. After two years of construction, with a full cofferdam completed, they realized the demand forecast was lower than previously thought, and cancelled the project. Seven years later, Manitoba Hydro signed a contract to supply energy to Minnesota and resumed construction.

Marc Eliesen was CEO at BC Hydro in the 1990s, and chair of Manitoba Hydro in the 1970s when Limestone was halted. He argues that unless BC Hydro has a firm contract to sell power from Site C, which it doesn’t, the project should be cancelled. It doesn’t make sense, he says, to go ahead with a project without firm customers.

The former Liberal government was criticized for not having the BC Utilities Commission review Site C before approving it. Instead they relied on a joint federal-provincial environmental review. Yet the panel had been specifically prohibited from reviewing economic and financial questions. In the concluding report issued in 2014, the panel recommended a full Utilities Commission review. But the Liberal government said Site C had already been reviewed enough, and they were confident to proceed. 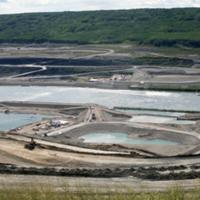 Site C: What Happens Next?

Eliesen argues BC Hydro was let off the hook by not going through a full, modern-day BC Utilities Commission review where it would typically have to substantially prove Site C’s worth.