Gender equality is a major theme of Prime Minister Justin Trudeau’s political platform — both in affectation and in practice.

The 2018 federal budget, released last week, highlighted a new gender-budgeting framework, centered on a gender-based analysis plus (GBA+) approach that purports to look at intersecting factors beyond gender, like race and age, that affect how people in Canada experience policies and programs. We at Canada Without Poverty (CWP), a national anti-poverty and human rights organization, had the opportunity to experience the launch of this gender framework first-hand as guests of the Tyee at the pre-budget release media lockup in Ottawa.

The media lockup is just that — a session restricted to journalists accredited through the Parliamentary Press Gallery and their guests. Those able to attend get a chance to look at the budget before it’s released to the public. Government of Canada officials, including ministerial staff, are on hand to provide information on key areas of the budget, such as economic development and social policy.

As an organization that advocates for social and economic policy to improve the lives of people in Canada’s most marginalized communities, we were struck by the glaring lack of diversity in a room filled with accredited journalists and government officials. A random count halfway through the day showed 20 male officials and only six female officials; of those 26, only two people were visible minorities. The divide deepened with policy areas, with female staff exclusively explaining social policy such as child care, the Canada Child Benefit and pay equity legislation, while male staff focused on the financial sector, international, tax, and economic and fiscal policies. Unfortunately, these are long-standing unchanged historical patterns. At the same time, members of the media in the room were also predominantly white and male — another place where diversity was blatantly missing.

In spite of the feminist framing of Budget 2018, intended to support women, racialized people, Indigenous peoples and others, it is abundantly clear who is designing and implementing policy, who is talking about policy, and who is relaying this information to the public. Male dominated policy-making and control has no place in a gender-budgeting framework.

This government made public consultations a key component of its policy development process. However, at the end of the day, there remains a large disconnect between the people making policy, and those experiencing public policy. A disproportionately white and male policy development table provides little reassurance that GBA+ will make a significant difference in the lives of Canada’s most marginalized communities. Simply providing opportunities for public consultation with marginalized communities is not enough.

And that homogeneity has real world implications. Canada Without Poverty pushes for the first voice perspective at the policy table because lived experience — whether of poverty, discrimination, or other forms of inequality — is vital to understanding how policy really lands. We need look no further than changes implemented at the provincial level and the chasm between conversations about the political goals of Quebec’s Bill 70 as “back-to-work” incentivizing for social assistance recipients versus the very real, very tragic impact people with lived experience of poverty say it would have on them. 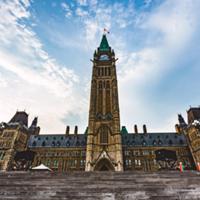 Although the federal government has taken steps to recognize gender parity and gender equality, it has yet to demonstrate commitment to racial equality. Many people in our civil society, including Avvy Go of the Metro Toronto Chinese and Southeast Asian Legal Clinic, have highlighted the federal government’s failure to implement and promote “sunny ways” for Canada’s racialized communities. This new budget does commit $23 million over two years towards multiculturalism, and includes a commitment to a national anti-racism plan. While this is certainly a welcome investment, it must be accompanied by a true commitment to fostering multiculturalism within government itself, particularly at the higher levels.

Budget 2018’s gender framework has the potential of being the stepping stone to a government and society that have a stronger sense of gender equity, and the investment in multiculturalism could provide a platform for the development of policymaking bodies who are representative of communities across the country, especially those who will be impacted most by those policies. We hope the lock-up for Budget 2019 better reflects this.