The federal budget is a disappointment for those hoping Ottawa will tackle some of Canada’s most pressing social issues, according to an anti-poverty advocate.

Liz Majic of Canada Without Poverty said the budget is setting Canada up for failure at its upcoming universal periodic review at the United Nations, which examines Canada’s track record on issues like gender equality and poverty.

“It fails to take bold steps in eradicating poverty and achieving gender equality as part of Canada’s commitment to the UN sustainable development goals to be reached by 2030,” Majic said referring to an agreement separate from the review Canada has signed.

She said Ottawa has been called upon to create a national child care strategy and a poverty reduction strategy to honour a number of international agreements.

The budget lays out what it calls a “plan for reducing poverty and improving health and well-being” but lets down the 4.8 million living in poverty in the country, Majic said.

The plan lists measures like the Canada Child Benefit and the upcoming Canada Workers benefit, a tweaked version of the existing Working Income Tax Benefit, as initiatives in the plan. But Majic points out the two programs already exist.

She said the Canadian Worker Benefit is more of a wage subsidy than part of a comprehensive wage strategy because it subsidizes provinces that haven’t increased their minimum wage and doesn’t apply to everyone.

Other initiatives listed in the plan include more funding for Indigenous health and an inclusive sport system meant to promote female participation in sports.

Majic said there’s little dedicated spending to chip away at poverty in the country and no concrete plan, such as one based in human rights, backed by legislation, with rigorous time lines and a promise of federal poverty advocate.

“We’re disappointed to not see any committed funding in this budget to the poverty reduction strategy,” Majic said. “From a human rights perspective the government has to allocate its maximum available resources to things like poverty reduction and gender equality.”

Majic said with Finance Minister Bill Morneau claiming economic growth is strong in the budget it isn’t appropriate for Canada to earmark so little social spending.

Prime Minister Justin Trudeau promised a hefty investment of $40 billion into Canada’s national housing strategy released in late 2017, but a look at the ledger tells a different story than the one told in the budget. 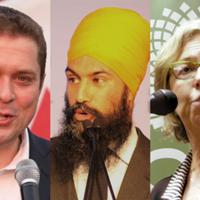 Can Opposition Force Trudeau to Act On Four Key Issues in 2018?

“Investments of more than $40 billion over the next 10 years will create over 100,000 new housing units and repair 300,000 housing units for Canadians,” reads the budget summary of the housing plan.

But the actual spending figures show Ottawa will provide only $16 billion in housing cash over 10 years. The budget doesn’t explain that federal government will be asking the provinces to kick in the other $24 billion.

Before the next election next year, the federal government will spend only $1.3 billion on the housing strategy with the rest coming after 2019.

The budget also promises to create 40,000 childcare spaces across Canada over the next three years, the same promise made last year.

Overall, $7 billion in federal money is promised to go toward childcare through agreements reached with the provinces. But the cash won’t start flowing until next year, keeping a $540 million commitment made in the 2017 budget.