Two hundred and twenty-eight years after the framing of the U.S. constitution, American democracy is showing its age. Designed for the immediate political needs of wealthy slave-owning oligarchs in the 18th century, the constitution has required frequent patching. The ascent of Donald Trump is impressive proof that the U.S. system now needs to be torn down altogether and rebuilt to modern democratic standards.

At some point the Trump regime will end — whether through impeachment, the 2020 election, or even a coup. Many Americans will rejoice in his ouster and want to make America great again by installing Vice-President Mike Pence as president and getting back to normal.

But Pence is Trump’s pick, and Trump gained power under “normal” conditions. The U.S. can’t afford to let a smarter Trump game the system yet again.

Trump is just a symptom of a fatally dysfunctional democracy. The real task is to create a Second American Republic that can fend off the next Trump.

It will not be an easy job. But as a thought experiment, let’s consider how 335 million Americans might try to build a 21st-century democracy. (And what Canadians could learn from the effort.)

The first step would likely be a new constitutional convention, charged with revising a document two centuries out of date and now demonstrably inadequate. How convention delegates would be chosen is itself a tough question, but one delegate per 500,000 citizens would form a manageable convention of 770.

If I were one of those delegates, I’d propose a new social contract: assured health care, education, basic income, and personal liberty for every citizen and resident. I’d also call for a parliamentary form of government, with a president serving with the confidence of a majority of Congress.

My new constitution would authorize the dissolution of the states, replacing them with urban and regional local governments. This would end the Senate tyranny of the minority. Because each state is represented by two senators, regardless of size, the many states with small populations can outvote the few states with large populations.

The second step will be even trickier: to neutralize the influence of the wealthy and powerful people and their organizations that got the U.S. into this mess.

No one earning more than $1 million a year would be allowed to run for office. Should multimillionaires or billionaires want to do so, they would have to donate their personal wealth to the U.S. Treasury and be prepared to live on the salary paid to any other holder of the office.

The very, very rich would of course spend fortunes fighting such a measure. But Americans once understood that the very, very rich were their enemies, not their role models — “malefactors of great wealth,” Teddy Roosevelt used to call them. After Trump, they should learn that lesson again.

A third step would be to overhaul the mechanics of democracy. The new constitution would define the citizen as a proprietor of the republic, with both rights and responsibilities. You can’t vote on the policies of General Motors unless you own shares in it. Every American citizen will be a shareholder in the republic, but not for free.

The responsibilities of voting citizenship would include some period of public service, whether social, elective, or military; a demonstrated grasp of the constitution, just as a driver’s licence requires understanding the Motor Vehicle Act; and a documented voting record.

In other words, the proprietors would also be investors in American democracy. Their basic income would depend on their country’s prosperity. If they didn’t want to do public service, they’d have no vote. If they couldn’t understand the constitution, they’d have no vote. If they hadn’t voted in the last election, they’d have to sit out the current election and then vote in the next one. Under the Second Republic, Donald Trump would never have left the starting blocks. 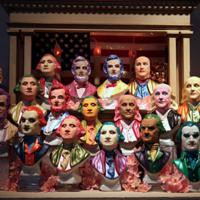 A Modest Proposal For Rewriting the US Constitution

The fourth step would be the hardest: to prevent the subversion of the Second Republic by electronic or other means. Americans and foreigners alike see the U.S. as a multi-trillion-dollar prize, an enormous treasure trove for anyone with the skill and guts to steal it. I have no idea how such a prize could be protected, but we can hope that at least a few computer geniuses support the idea of a democratic nation rather than some vision of cannibal capitalism out of Ayn Rand.

The lesson of Donald J. Trump is that 18th-century American oligarchs were smart guys, but they couldn’t foresee the 21st century and the much smarter guys who would game the system with a Trump. Now the Americans (and we Canadians) need to build a new system that can endure a century or so of further attacks.

Canadians might consider a parallel effort to renew Confederation, with provinces gathered into regions or the country transformed into a unitary state with federal, regional, and metropolitan governments. We too could regain control from the very rich and strengthen our health, education, and basic income provisions.

It might seems impossible, but consider the alternative — a century ruled by Donald Trump and his successors.