It is a fact that many workers and communities in the B.C. Interior feel disempowered by current political and economic processes in the province. Nowhere is this more pronounced than on the issue of resource development.

In the last election, not a few voters expressed concerns that the NDP and Greens were neglecting or overlooking Interior communities and their concerns. There is some truth to that. But it is also true that the same criticism applies in a much bigger way to the BC Liberals, who were perceived to be in the pockets of the giant resource companies and who have grossly mismanaged and neglected our forests, lands and other resources.

When examining the platforms of all three parties in the last provincial election, what does come across is that none seriously addressed the issue of disempowerment in rural resource-based communities. Yes, various promises were made regarding resource development, but the one thing neglected was empowerment, meaning the workers and communities of the Interior, both Indigenous and non-Indigenous, having more say and more control over resource development and revenues in their respective regions.

From time to time, there is lip service to more community control from all three parties, but when it gets down to actual mechanisms and processes to bring empowerment about, they are mostly missing in action. It is not as if nothing has been raised about the problem. Delegates to the BC Union of Municipalities have been doing so for years, as have organizations like the Stand Up for the North Committee.

Recently, groups and municipalities in the Fort Nelson/Northern Rockies region have called for more say over forest lands, as well as the establishment of large community forests, while others in the Northwest region have proposed mechanisms for the sharing of resource revenues.

One particular concern has been who controls the forests in terms of tenure and management. Of growing concern also is who controls the revenue generated by the workforces and communities acting on the resource base, whether it be forestry, mining, hydro-electric generation, or oil & gas. With more control, opportunities open up. But with little or no control, and big corporate and foreign interests calling the shots, is it any wonder there is opposition to some projects? 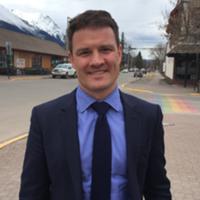 Over the decades, a few empowerment mechanisms have been put in place, such as the Community Forest concept and the Fair Share program in the Peace country. But these, while small steps forward, are limited in scope given the magnitude of the problem.

It is a sad fact that the people and communities of the region are alienated from the rich resources that surround them. Key decisions about these resources are mostly made in the boardrooms of globalized mega-corporations or far off government offices. And the same holds true for resource revenues and reinvestment.

There are alternatives. One is the Regional Management Board concept, which gives regions and communities more say in forestry decisions. Another is the Forest Trust concept, which provides communities with direct control over the forestry resource through a democratic process, while entrusting environmental and other regulation to the provincial government.

And there are proposals to require corporations to reinvest revenues in the communities where the revenues are generated rather than whisking them away to be invested in mills in the U.S. and other countries, which is now happening at an alarming rate. This could be a broader version of the old appurtenancy requirement (eliminated by the BC Liberals in 2003) that stipulated that logs be processed in or near the communities where they were harvested.

The current wildfires devastating the region are even more reason for adopting further community empowerment mechanisms, especially if, as some are predicting, these wildfires become the new normal as a result of climate change and other factors.

This is not a left versus right issue. Neither is it an NDP-Green versus Liberal issue. Nor should it be. Such party pigeonholing is archaic and only serves to divide people. Rather it is a community, regional and provincial issue and a matter of deepening, expanding and renewing the democratic process.

A new government is in place. At the very least, it should consider running pilot projects of various kinds that put more control into the hands of workers, communities and regions, and the Opposition should support these initiatives.

Empowerment is the answer to disempowerment. We need new ways to deal with a changing world.