When British Prime Minister Theresa May responded to the London attacks with “Enough is enough,” she expressed precisely the wrong attitude to terrorism — as if the last 16 years of terrorism have been a mere annoyance, but now Mum is losing her temper and there’ll be tears before bedtime.

Terrorism is nothing new. Two thousand years ago, a radical Judaean sect called the Sicarii stabbed Romans and Jewish supporters of Rome. The term “sicario” is now a familiar one in Latin America, where it means a professional assassin.

By definition, terrorism is a form of asymmetric warfare, waged by the weak against the strong. Sometimes the weak are some political faction confronting a state’s police and military power. Sometime the state itself is politically weak, and needs to terrify its citizens into obedience.

Since the late 19th century, terrorism in the West has usually been just a nuisance, a cost of doing business as a modern state. Whether they were blowing up a Russian tsar or shooting an Austro-Hungarian archduke, terrorists have notably failed to bring about the societies they wish for. The best they can hope for is to demonstrate the inability of the state to protect its citizens, and to provoke it into showing its oppressive true colours.

A similar hope seems to be behind the current wave of radical Islamist terrorism since 9/11. The fundamentalists who returned to their home countries from beating the Soviets in Afghanistan (thanks to U.S. funding) saw their governments deferring too much to Western unbelievers. Worse yet, countless Muslims had migrated to Europe and North America, where they had assimilated — generally as low-cost workers. 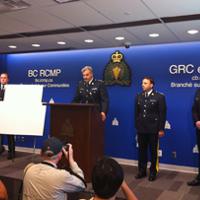 For the most part, those workers were content with their lives. The fundamentalists detested the imperial powers that had dominated Muslims, and even defined their countries, since the First World War. They saw that terrorism associated with Islam could drive a wedge between the West and its Muslim immigrants. Those immigrants would then have nowhere else to turn but to the fundamentalists.

The fundamentalists’ strategy has worked wherever some young Muslims grew up facing an economic and social dead end. Alienated from a Western culture that paid no notice to them, young men could fall for a dramatic appeal to an Islam in which they would have a place of honour. (Communism offered the same thing to young Canadians during the Depression.) And after 9/11, some in the West blamed all Muslims, not just the fanatic followers of Al Qaeda. That further radicalized the young men.

In a brutal irony, the same fears and prejudices behind long-suppressed Western anti-Semitism now emerged as anti-Islamism. It was as if all the savage lessons of the 20th century had been forgotten. People could again blame a major religion for all the evil in the world, and flourish by doing so.

In another irony, the actual damage done by Islamist terrorists since 9/11 has been minimal. Even the 3,000 killed on 9/11 itself were a fraction of the 17,000 children under five who died today alone, and only a tenth of the number of Americans who die each year from gunshot wounds. Never mind Ebola outbreaks — ordinary malaria kills almost 1,200 people every day, all year long.

Why don’t we go to battle stations over these deaths, or the thousands dying of opioid overdoses? Those deaths too are criticisms of our governments, just like the terrorist attacks in Manchester and London. But no one stages concerts to rebuke the UN for importing cholera to Haiti, and Donald Trump doesn’t tweet us to “get smart” about opioids.

We appear to have accepted such deaths, just as 19th-century families accepted a child mortality rate that would appall us. We don’t even twitch about the car bombs in Kabul any more. But we see people blowing up and or stabbing people like ourselves as a truly awful crime.

Power in the name of ‘security’

This gives some of our politicians a wonderful opportunity: to increase their own power in the name of “security.” So Theresa May, days from a general election, is calling for tough new anti-terror laws and restrictions on the Internet. And Trump thinks “We need the Travel Ban as an extra level of safety!”

The media only aggravate matters. Last month an article on the journalism site poynter.org attacked the “endless loop” of terror coverage, with the same grisly clips running over and over. The article notes that “terrorism deaths are the single most heavily covered type of death per capita in the first pages of The New York Times compared to every other way a human can die.”

The media’s language makes things even worse. Britain endured years of Nazi bombing in the Second World War, but a couple of terrorist attacks supposedly leave it “reeling.” Media say Al Qaeda or ISIS or whoever “take credit” or “take responsibility” for killing people; they never “admit” or “confess” to their crimes. 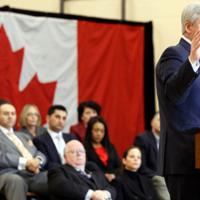 In effect, governments and terrorists are cooperating to scare whole countries into finding safety under one oppressor or another, at the cost of their political and religious freedom. And God help those who seek freedom anyway, like peaceable Syrians looking for a safe haven outside their dying country.

Canada has had experience with terrorists, from the Fenians to the FLQ. Sometimes we’ve overreacted, as Pierre Trudeau did when he invoked the War Measures Act during the October Crisis. Stephen Harper tried to make a meal out of the 2014 attack on the Cenotaph and Parliament.

But the family of Christine Archibald, of Castlegar, B.C., expressed a truly Canadian response when she was killed on London Bridge on Friday.* As CBC News reported that response:

“She had room in her heart for everyone and believed strongly that every person was to be valued and respected. She would have had no understanding of the callous cruelty that caused her death. Please honour her by making your community a better place.

“Volunteer your time and labour or donate to a homeless shelter. Tell them Chrissy sent you.”

Her family revealed Canada’s two great weapons against terrorism, which we should share with the world: common sense, and common decency.