As a long-time advocate for children’s rights, I’ve seen behind the curtain. I’ve seen the tremendous heartache and despair. Families torn apart because they are poor. Children in crisis facing growing waitlists for needed services. Vulnerable youth left to fend for themselves. I’ve seen and heard it all.

Although Christy Clark is the premier of our province, it is frontline staff who have to recite her broken record to people in their most desperate time of need. “Please add your name to the waitlist.” “You are outside of our mandate.” “We can only help if you put your child in foster care.”

Clark has provided new funding to the Ministry of Children and Family Development (MCFD) in this year’s budget, with the hope that children, families and voters will forget her dangerous 16-year track record.

In their first three years, the BC Liberals cut the ministry’s budget, $1.69 billion in 2001, to $1.38 billion in 2004, an 18.3 per cent reduction. Spending now won’t make up for the massive accumulated social deficit, and money alone can’t fix a neglected system.

On Thursday, the Representative for Children and Youth (RCY) released a new report on the underfunding of Delegated Aboriginal Agencies — contracted agencies that provide child and youth welfare services to Indigenous families.

The report indicates that in B.C. there are vast differences in the kinds of support Indigenous children receive, based on which agency supports them and where they are located.

This comes on the heels of a landmark ruling last year by the Canadian Human Rights Tribunal that further exposed the depth of the crisis. We now know that 163,000 First Nations children have experienced racial discrimination as a result of inequitable access to child welfare services on reserve.

These kinds of disparities are inexcusable and the B.C. government’s current approach is at the root of the problem.

This government has no long-term plan or vision for addressing the needs of Indigenous children. Meanwhile, thousands of children in care have been deprived of the supports necessary for a strong start in their early years, with frontline service providers woefully under-resourced and unable to provide the critical services that Indigenous children and youth depend on.

The BC Liberals’ recent efforts to improve the child welfare system are too little, and a decade and a half too late. The fact is, we are weeks away from an election and Clark is hoping that we will all forget her track record. Her broken record.

Let’s not forget that:

• Indigenous youth are overrepresented in government care, and many have paid the ultimate price for the BC Liberals’ neglect.

• Indigenous girls sexually assaulted in care are overrepresented, as reported by the Representative for Children and Youth last October.

• In “Paige’s Story: Abuse, Indifference, and a Young Life Discarded,” the representative reported on the death of 19-year-old Paige, who had moved 90 times by the age of 19, drifting between foster homes, shelters, safe houses, and temporary placements.

• In “A Tragedy in Waiting: How B.C.’s mental health system failed one First Nations youth,” the representative reported on the lack of mental health services and its role in the suicide of one Indigenous youth.

• Nick Lang’s parents determined the youth justice system was the only way to get their son access to drug treatment services he desperately needed. He was found dead in a care home.

• Alex Gervais moved between nine different foster homes in his first 17 months in the government care. He died when he jumped from a motel room window; his $8,000-a-month caregiver was never around. Alex didn’t die from a lack of funding. He died from mismanaged resources. He died because he didn’t have access to the basic services he needed. 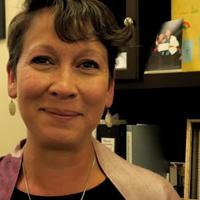 Clark wants us to believe she cares about truth and reconciliation, yet my constituents share experiences on a daily basis that point to a lack of basic cultural competency and principles of equity.

We are a wealthy province. And still, relative to our growing economy, we continue to see fewer and fewer investments in key social programs and services — services that can lift people out of poverty and reduce their hardship and despair.

There needs to be a broader effort of meaningful reconciliation with Indigenous communities. The NDP has committed to implementing all 94 calls to action of the Truth and Reconciliation Commission. It is not enough to only tell the truth, we need action to take us to reconciliation.

For 16 years, the BC Liberal government has treated children like a liability, instead of our greatest asset. On May 9, we can accept the status quo and let Clark run another social deficit, or we can be champions for change for both children and families across this province.