Tuberculosis kills more people than any other infectious disease on the planet. Nevertheless, TB is not high on the lists of health concerns of most Canadians. While it cut a wide swath through the population a century ago, rising standards of living drove a decline in the incidence of the disease in the first half of the 20th century. Drugs developed in the 1940s and 1950s offered an effective cure for the cases at the time.

Unfortunately, the success of those drugs has led to a complacency that is preventing us from taking the necessary measures against this disease. Tuberculosis is still a real threat for many Canadians, particularly the homeless and Indigenous people who have not experienced improvements in nutrition and housing, as well as people from countries where TB remains widespread. Complacency is also creating unnecessary barriers to addressing the emerging threat of drug-resistant tuberculosis.

In Canada, as elsewhere, an increasing proportion of TB cases are now multidrug-resistant or extensively drug-resistant. This is a serious public health concern. Drug resistance arises when patients receive inadequate treatment, leaving the patient uncured and the disease more resilient. There is mounting evidence that drug-resistant TB can spread readily from person to person; rather than an individual developing drug resistance over time, a previously uninfected individual could have extensively drug-resistant TB from the beginning. Thus, reliable and uninterrupted access to TB treatment is crucial for curing the sick, but it is also of utmost importance for protecting the community from infection and preventing the emergence of further drug resistance.

As drug resistance increases, the tools available to combat it correspondingly decrease. Unfortunately, complacency around TB is also the reason few innovative treatments are being developed. Unlike treatment for drug-sensitive TB, which is almost always 100 per cent effective when carried out properly, treating drug-resistant TB is considerably more difficult. And treatment for extensively drug-resistant TB can take up to two years and involves a set of increasingly unpleasant drugs that have side effects ranging from nausea to permanent hearing loss. As well, successful cure is not guaranteed.

Compounding the issue in Canada is the fact that there are barriers to accessing the existing treatments. The chapter on drug resistance in the current Canadian Tuberculosis Standards contains a table listing 11 second-line TB drugs. All 11 appear on the World Health Organization’s Model List of Essential Medicines, medicines every health system should have access to. As a footnote to the table notes, however, only five of these 11 are approved to be sold in Canada.

The remaining six are only available through the Special Access Programme (SAP), a Health Canada mechanism designed to improve access to new and experimental medicines by importing limited amounts in response to specific requests. Every one of these drugs is decades old, making them far from new or experimental. Instead, their absence from the Canadian market is not because their novelty or their lack of utility, but because drug companies have little interest in taking the steps necessary to enter the market for old, off-patent drugs used by a small number of vulnerable people.

The absurdity of the current situation is exemplified by the case of one of these drugs, cycloserine. Cycloserine was approved and available on the Canadian market for a number of years under the brand name Seromycin, until it was withdrawn in 1997 by its manufacturer, Eli Lilly Canada. Eli Lilly has since divested itself of the cyloserine business worldwide. As a consequence, cycloserine, discovered in 1954 and sold in Canada more than 20 years ago, is now treated as a new medicine and is only accessible through SAP.

Further complicating matters, cycloserine is the same drug that hit the headlines in the United States in 2015 after a 20-fold price increase overnight. Canadian physicians accessing cycloserine through SAP were acquiring it from the American source, exposing them to the same price increase; since cycloserine is no longer under patent, the protections offered by Canada’s Patented Medicine Prices Review Board do not seem to apply. Although other international sources of the drug exist, physicians and their patients are not the best positioned to evaluate these options. 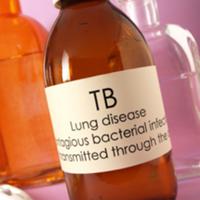 Have We Created an Incurable TB?

SAP is also the only source of two new TB drugs — the first to have been developed in over 40 years, both WHO Essential Medicines — which have come into use since the last edition of the Canadian Tuberculosis Standards was produced. Ultimately, however, whether the drugs are old or new, they only work if they reach the patients who need them. With SAP their only available option, physicians have faced numerous difficulties getting access to these drugs. Issues encountered include delays in access; the fact that a new request has to be submitted every six months, regardless of the necessary duration of treatment and at risk of interrupting treatment; and the program’s inflexibility in accommodating the evolving multi-drug regimens needed to meet international standards for treating drug-resistant TB.

These are not the only challenges in treating TB. Shortages affect even the basic first-line TB drugs that are sold in Canada, a serious concern given the importance of reliable, uninterrupted access for a successful cure. Such was the case with ethambutol in 2015 and pyrazinamide in 2016. SAP is currently also the only route for mitigating shortages of marketed drugs, a scenario imposing its own set of bureaucratic hurdles. All these barriers to treatment access should be given the attention a disease like tuberculosis deserves.

There is much truth to the maxim, often attributed to famed Canadian physician Sir William Osler, that “tuberculosis is a social disease with a medical aspect.” Canada must find the political will to address the social conditions that fuel tuberculosis in our most vulnerable communities. As with any other disease, prevention is more effective than cure; we need to ensure all Canadians have access to the same living standards that led TB to plummet in the first half of the 20th century. For those already affected by TB, however, we also need to devote attention to ensuring proper access to the tools necessary for effective treatment. This is important not only to ensure appropriate patient care, but also to safeguard the continued effectiveness of existing medicines against the development of further drug resistance.

Unfortunately, Canada’s current access model has its priorities wrong; drugs so important for global health the WHO has classified them as essential medicines get shoehorned into an inappropriate, unnecessarily bureaucratic mechanism like SAP, simply because no company sees sufficient profit in marketing them here. We need a new access model whose goal is to blaze the shortest path between vulnerable patients with a serious disease and the drugs that, according to the best available evidence, are the most effective treatments. The problem of drug resistance arose precisely because the existing tools were not used properly. Canada must take action to enable proper use of these tools to ensure TB does not return to its former status as a common and incurable scourge.