What does Sooke, British Columbia have in common with London, England; Paris, France; and Hamburg, Germany? All four local governments are bringing work back in house that had previously been contracted out to private companies or privatized altogether.

Citizens in Hamburg voted in 2013 to buy back their power, gas and district heating network. London’s newly elected mayor has pledged to go in the same direction. Paris brought management of its water system back in house in 2010 and, this March, Sooke voted unanimously to bring water management back in house when the contract with a private company expired.

Sooke is far from being the only community in Canada that has made a decision to ask their own employees to do work that had previously been contracted out. An examination of pro-privatization reports dating from 1997 in Canada shows that 40 per cent of the communities named in the studies have returned work to public management over the last two decades.

In B.C. alone there are a number of other communities that have moved in the same direction. Cranbrook was one of the first communities to end a public private partnership when it took back control of a recreation complex. White Rock voted to buy its water system back from a private company. Even BC Hydro has said it is reducing its contracting-out work by $20 million.

Bringing it back home

This move toward in-sourcing services is visible in the United States and United Kingdom, where cost savings is commonly cited as a reason. In Canada, 80 per cent of the insourcing examples researched by Columbia Institute in our recent report on remunicipalization said the same thing.

Besides cost, other reasons given for insourcing were problems with the contractor and increased local ability to do the work. Nearly 30 per cent based their decision on complaints about poor quality service. Although less common in Canada, in Europe a major reason for insourcing was the desire for better control over environmental decisions, an issue raised when garbage collection was brought in house in Port Moody. 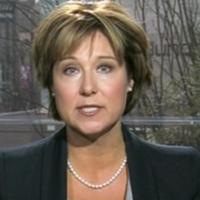 What we are seeing is the return swing of a pendulum that for decades has pushed local governments towards contracting services out. In B.C., the provincial government created Partnerships BC (PBC) and in 2006 made it public policy that any local project worth $20 million with provincial funding had to consider using a public private partnership (P3). The federal government later followed suit with similar provisions.

Today many local governments in Canada are finding that the alternative for service delivery that can save money, provide better service and provide more transparent operations is the in-house alternative. In seriously considering whether work should be brought back in house, B.C. local governments are following a growing international trend.