There’s a huge, hard-to-miss vacant lot near the corner of 35th Avenue and Main Street in Vancouver. Until 2007, that 15-acre vacant lot was a thriving, successful social housing community — Little Mountain.

Little Mountain’s 224 units were built after the Second World War to house returning veterans. Thousands of families lived there over more than 60 years.

Until March 2007, when residents began to be pushed from their homes and the community began to be destroyed by BC Housing — which owned the land, overseen by its masters in the BC Liberal government.

On July 26, almost a decade later, Vancouver city council approved a development plan prepared by the Holborn Group, a huge Malaysian corporation. The company plans to build 1,500 new units, with the vast majority — about 1,200 — high-end condos. The bulldozed social housing units will be replaced and fewer than 50 additional social housing or “affordable” apartments will be built. Construction won’t be finished for at least 10 years.

And one of the greatest opportunities for new social and affordable housing in Vancouver will have been lost forever.

What can we learn from this sad, sad story? What should have been done at Little Mountain?

Something dramatic was coming

By the spring of 2007 rumours were flying that something dramatic was going to happen at Little Mountain. Some residents moved, choosing to jump before they were pushed. That March, BC Housing told the remaining tenants that they too would have to move, and they better go right away so they would have a chance to “choose” their new homes.

But the move would be temporary, BC Housing said. Residents would be back in their brand new Little Mountain apartments before the 2010 Olympic Games, it promised.

By the fall of 2008 almost everyone had been bullied into moving and their homes boarded up.

But the projected completion date for the redevelopment — and residents’ chance to move into their new homes — kept being pushed into the future.

The 2010 date was abandoned. Rich Coleman, the minister responsible for housing, outlined a new schedule in November 2008. “I would suspect it would take a year-and-a-half or so to get through the rezoning and development stuff, get the land prepped and all that, and then it’s probably a two to three year build out.” That should have meant residents would be back in their homes by mid-2012 at the latest.

Instead, for almost a decade the 700 people who lived at Little Mountain have occupied other social housing units, making them unavailable for others who need them, or in market rentals, reducing the number of apartments for low-income people.

Little Mountain residents began meeting to discuss what was happening to them in mid-2007. From the start they articulated a set of redevelopment principles that could have saved everyone a lot of heartache and prevented the destruction of their community and disruption of so many lives.

The residents set out four principles.

construction of the promised social housing.

The principles had broad support. The Riley Park South Cambie Community Visions Committee urged both the city and the B.C. government to reconsider private redevelopment in light of the public’s strong rejection to the plan.

The committee urged both governments to ensure the private redevelopment included more affordable housing options, and asked them to halt the sale of public lands, reassess the benefits of retaining public ownership of the site and launch a new planning and redevelopment process to replace their flawed Little Mountain policy. The community committee also wanted other stakeholders, including non-profit housing organizations, charitable trusts and public housing co-ops to have an opportunity to participate in the redevelopment of the site.

A December 2012 survey of neighbouring residents and former Little Mountain residents found that nine out of ten (91 per cent) wanted a substantial increase to the planned 234 social housing units. Almost half the respondents (48 per cent) felt that there should be as many as 600 units of social housing on the site. More than 90 per cent disagreed with the provincial government’s plan to privatize the site.

Even Suzanne Anton, then a Non-Partisan Association councillor and now attorney general, said in 2007 the province should increase the number of social housing units. “I think we should maximize the social housing component,” she said. “Given the history of the site, we should have more than the status quo.”

During 2007, 2009 and again in 2012 thousands of Vancouver residents mobilized to support the Little Mountain residents, oppose the destruction of the community and push for more social and affordable housing on the site.

Myth 1: Little Mountain had to be sold to fund other social housing

Despite the almost unanimous support for more social housing on the site, the project approved by Vancouver council fails to increase social or affordable housing in any significant way.

Why not? That’s where the myth-making begins.

Coleman argued the revenue from privatization was required if other social housing projects were to be built. Councillors and city staff repeated the claim.

That’s ridiculous, of course. The provincial government plans to spend $7.4 billion on capital projects this year. The spending is based on need, not the ability to sell other assets to fund new roads or schools.

Why in the world would we sell off social housing land to build more social housing? If we needed new parks, we wouldn’t sell Queen Elizabeth Park and use the money to build new parks somewhere else.

When it comes to social housing, there isn’t the political will to invest, and private developers see potential big profits. So valuable community assets, like the Little Mountain site, are sold.

Some residents refused to leave — and won

While almost all the residents were pushed from their homes, a small group refused to leave. In July 2012, the four remaining tenants received eviction notices from BC Housing demanding they leave by Sept. 30.

The tenants put up an inspired defence, appealing to the Residential Tenancy Branch, lobbying city and provincial politicians, holding demonstrations and meetings, putting out press releases and building relationships with the planning community.

In their submission to the Residential Tenancy Branch, the residents argued that while their units would likely be demolished at some point, that could wait until new housing on the site had been constructed.

“The redevelopment is proposed to take place on a huge plot of land — more than 15 acres,” they said. “The proposed developer has stated publicly that the project will be completed in phases.... Therefore there is no reason why the tenants should not be able to stay in their homes until the replacement units are available and then move to them.”

And that’s exactly what happened for those residents. The B.C. government, Vancouver and Holborn Properties signed an agreement in October 2012 permitting up to 50 social-housing units to be constructed at Little Mountain ahead of the completion of the rezoning process for the site. The hold-out tenants were offered apartments there.

These last residents used the same argument they and their neighbours had been making all along. The project could be built in phases and the residents could stay in their homes as long as possible. None of the original 224 households ever needed to be pushed out. Their community didn’t need to be destroyed.

Years of talk, but the fix was in

The city and the developer sponsored dozens of open houses, consultations and community meetings with the claimed aim of producing a new Little Mountain that reflected the wishes of residents.

But fundamental questions, repeated countless times at these meetings, were never answered: What kinds of units were going to be built? How much would it cost to live in them? Would they be affordable for low- and middle-income people? Every time those questions were asked they were put off or dodged.

The staff who worked on the plan seemed sincere. They brought forward all kinds of interesting suggestions about saving trees, view corridors and bicycle access.

But the province and the city had set them to work on the wrong project. The last thing Vancouver needs is hundreds of new high-end condos. Instead, they should have been planning for hundreds of units of high quality, livable social housing, maybe adding some mixed-income units.

The new Little Mountain approved by Vancouver council will create more than 1,500 new homes, but only about 50 of them will be additional social housing or so-called “affordable” housing.

The 224 replacement units that are part of the project are simply that — replacements. They add nothing to the stock of affordable housing.

Compare council’s Little Mountain plan to the position taken by Sadiq Khan, the new mayor of London. Khan wants more than 50 per cent of homes in some new developments in the British capital to be affordable, based on a rent equivalent to one-third of family income. That’s the kind of leadership we need in Vancouver.

Myth 2: Council had no choice

The main responsibility for the mess that is Little Mountain lies with the provincial government. Coleman put short-term revenue from selling off publicly owned land ahead of creating desperately needed social and affordable housing.

But Vancouver council is far from blameless, although they pretend now that they were simply bystanders and had no control over the process. 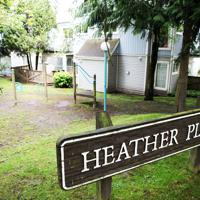 What could Mayor Gregor Robertson and the Vision-controlled council have done?

Clearly the working class and middle class families, the students and the seniors who desperately need affordable rental housing, those who are the victims of the terrible crisis of affordability, aren’t going to benefit from the new Little Mountain.

So who benefits from this approval? The developers and real estate investors. Across the city dozens of high-end condo developments have been approved. The developers are making a fortune — Little Mountain, Oakridge, Collingwood — the list goes on and on. The city keeps approving them and the developers keep getting rich, along with the realtors, mortgage lenders and those who use condos as investment properties.

Governing is about making choices. This council has chosen a development strategy that benefits developers and leaves those who are desperate for affordable housing out in the cold. The developers go to the media and come to council and say “it’s all about supply.” Just let us build a few thousand more high-end condos. The market will adjust. Everything will work itself out.

And the proposals keep getting approved. And the prices keep going up. And affordable rental units keep disappearing.