“Too often, it seems as if leftists actually like losing. As if all the failure, doom and atrocities mainly serve to prove they were right all along.” – Rutger Bregman, Dutch author

You name it, I’ve heard it as excuses for New Democratic Party losses over the years, federally, in British Columbia and in other provinces – the whiny song remains the same.

And the worst term of all is when the NDP is defeated but then declares a “moral victory” – it’s not, it’s a goddamn loss!

Sadly, the narrative of failure becomes a justification, rather than inspiring the party to analyze, make tough decisions on leaders, staff and policies, and retool for a winning campaign.

It’s as if losing is preferable to taking the steps need to win, because good excuses are risk-free, while upsetting the ideological and personnel apple cart to find a successful electoral approach is too scary.

And that’s why the NDP has consistently underperformed in this province and others, as well as nationally.

The NDP is that promising baseball star in the minor leagues who hits monster home runs out of the park, but strikes out over and over when called up to the majors to face much better players.

That’s very frustrating for New Democrats who want changes in government after watching endless abuses of power and the underfunding of health, education and social services at the hands of their much more electorally successful right-wing opponents.

As Rutger Bregman, author of Utopia For Realists – a Dutch bestseller – puts it in a recent Guardian column: “What the underdog socialist has forgotten is that the story of the left ought to be a narrative of hope and progress.”

And then Bregman tells the inconvenient truth about social democrats and their lacklustre elections campaigns.

“Their biggest problem is that they’re dull. Dull as a doorknob. They’ve got no story to tell; nor even the language to convey it in. Having arrived at the conclusion that politics is a mere matter of identity, they have chosen an arena in which they will lose every time,” he writes.

Instead, Bregman argues persuasively, the left forfeits most of the battlefield to the right without a fight, leaving it with little opportunity to win.

“The world view of the underdog socialist is encapsulated in the notion that the establishment has mastered the game of reason, judgment and statistics, leaving the left with emotion. Its heart is in the right place. The underdog socialist always has his or her back against the wall.

“Warily they watch the neoliberals, the multinationals and the Eurocrats advance, but can’t bring themselves to do much more than whimper: ‘Come on guys, do we have to?’” Bregman continues.

“But when push comes to shove, the underdog socialist caves in to the arguments of the opposition, always accepting the premise upon which the debate takes place. ‘National debt is out of control, but we can make more programmes income-dependent... Fighting poverty is terribly expensive, but it’s part of being a civilized nation... Taxes are high – but each according to his ability,’” he writes.

These lessons from a European ring very true in Canada, which is full of actual examples that led to electoral disaster.

Outgoing NDP leader Tom Mulcair promised in the 2015 election to balance every federal budget from day one just like the Conservatives’ plan – an absolute impossibility without massive cuts to public services and workers, let alone have any fiscal room to be innovative with new programs that might be popular with voters.

Meanwhile, Justin Trudeau pledged to run big Liberal deficits to improve those same services, outflanking the NDP on the left and winning. 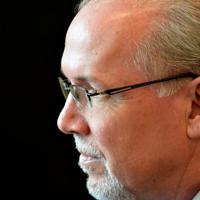 The entire NDP campaign was like an overdose of Sleep-eze – nothing to wake up and excite Canadian voters who desperately wanted change. They found that excitement instead offered by Trudeau, while Mulcair accepted the neoliberal Stephen Harper view of the world, losing over half the party’s seats as a consequence.

We’ve also seen the NDP in Nova Scotia implode into a one-term wonder under then-premier Darrell Dexter, becoming the first government there to not win a second term in 131 years and Dexter going down to personal defeat in his riding.

And despite taking office at the worst time imaginable with oil and gas prices collapsing, the Alberta NDP seems willing to add fuel to the fire of voter anger with several political missteps – and will likely be another single-term government unless Albertans reward the impressive Premier Rachel Notley for her personal qualities over the NDP’s performance.

In B.C., the NDP has lost the last four consecutive elections after the miracle of winning two terms in a row, first under Mike Harcourt, then Glen Clark, a 16-year stretch by next year’s provincial contest.

Prior to that was another extended streak of losing from 1975 to 1991, after Dave Barrett’s astonishing three-year, first-ever NDP government that changed B.C. for the better by introducing public auto insurance, the Agricultural Land Reserve, a new Labour Code, a provincial air ambulance service and even Hansard as a written record of legislative debate.

But Barrett’s term seemed like a mighty comet briefly lighting up the entire night sky before flaming out and leaving the NDP in the darkness for 16 long years, as first Social Credit premier Bill Bennett and then Bill Vander Zalm governed from the right.

Nonetheless, all three BC NDP governments provide important clues for current NDP leader John Horgan to piece together in a winning campaign: to take some strong, innovative stands and tell British Columbians who you represent and who you don’t in the May 2017 provincial election.

That may not be easy, if Bregman’s views are accurate.

“But first, the underdog socialists will have to stop wallowing in their moral superiority. Everyone who reckons themselves progressive should be a beacon of not just energy but ideas, not only indignation but hope, and equal parts ethics and hard sell,” Bregman writes.

“Ultimately, what the underdog socialist lacks is the most vital ingredient for political change: the conviction that there truly is a better way,” Bregman concludes.

The BC NDP needs to demonstrate to voters that not only is there a much better way to govern this province – but that they have the convictions and ideas to do it. Game on.